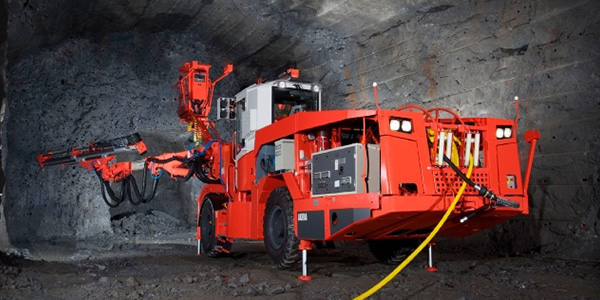 With 60 years of experience in constructing tunnels and roads, Toniolo Busnello leads the way through Brazil’s diverse terrain and has applied its know-how to the mining sector.

Specializing in heavy construction and excavation, the company is instrumental in building the country’s infrastructure including some of the most important access, energy and sanitation routes.

This year, Toniolo Busnello announces the successful completion of 125 miles of underground tunnels. “It is an important mark in our history – I don’t know any other company in Brazil that has achieved this,” says Company Director Humberto César Busnello.

Originating from the names of three cousins, Toniolo Busnello was founded in 1945. The partners began by transporting stone and assisting in railroad construction in Brazil’s southern Rio Grande do Sul state. Work on the company’s first rail tunnel started in the same year, still using animal-dragged equipment.

“Until 1954 we worked on short stretches of road and tunnels – giving rise to our company name; Toniolo Busnello S.A. – Excavation, Tunnels, and Paving,” Busnello says.

Throughout the 1960s Toniolo Busnello focused on railroad tunnels, which with the rise in number of motor vehicles expanded to road tunnels in the 1970s. Experience in subterranean excavation and construction opened new opportunities in the mining and hydroelectric industries and by the mid 1970s, Toniolo Busnello was managing more than one site at a time and working outside the state.

“We participated in a big steel railroad project, which included work in São Paulo, Rio de Janeiro and Minas Gerais. It was an important step for us, especially in Minas, where the soils and geology of the region are very different,” Busnello explains.

Underground mining took off in the 1980s. Accompanying the development of Brazil’s coal mines, Toniolo Busnello became involved in a sequence of overland and underground mining projects – including the preparation of gold mines in Goiás state.

Another important development came in 2004: “The decision was made to concentrate more on the private sector,” Busnello states. The company invested in new equipment such as jumbo drills with two or three arms, specially designed for heavy-duty underground work.

Today, Toniolo Busnello is present all over Brazil, carrying out important projects for the economic and social development of the country. “We are a consolidated brand in the mining, dam and road building sectors and are operational in all areas of heavy construction, even sanitation and airport runways, ” Busnello adds.

Toniolo Busnello is also a technological pioneer. An expansive range of equipment from loaders and carriers to trucks and excavators offers complete support for sites. The company was also the first to use robotic machinery. “Technology is an important part of our management strategy – together with operational safety,” Busnello says.

Recently, $15 million was invested in 30 extra-heavy trucks and seven 70-ton haulers from Europe. “All of our technology is brought in from Finland or Sweden,” Busnello adds.

Imported machinery is not the only European link. Although currently operational only in Brazil, Toniolo Busnello sent four engineers to Switzerland to participate in a committee discussing excavation in Brazil. Engineering professionals also attend regular training courses in Brazil.

Clearly considered an authority and unofficial market leader, Toniolo Busnello has completed work in eleven Brazilian states. Despite being recognized for its tunnels, Busnello points out that expertise has also been acquired in other market segments such as road building: “As well as in São Paulo’s eastern district, we were an integral part of building over 1,375 miles of Rio de Janeiro’s famous ‘Yellow Line’ express way.”

Covering sites in vast areas of the world’s fifth largest country, how has Toniolo Busnello managed its infrastructure? The answer, according to Busnello is through organization, planning and flexible, on-site assistance: “Our head offices are in Porto Alegre in Rio Grande do Sul, but we have 20 units throughout the country because each project has an on-site facility, which provides cost management and contract services.”

Successful projects are the showcase for Toniolo Busnello’s quality and bring in new business opportunities. “Clients contact us mainly due to our standards and market experience,” Busnello confirms. New contracts are also won through meetings, research, following tendencies and predicting new markets. A research and development team works closely with the sales department to position the company for continued growth.

The mining industry has been one source of expansion for Toniolo Busnello, but Busnello describes broader plans for the future: “A few years ago we set up two holdings – with the same partners – one for the resale of trucks and equipment and one for the sale of concessions for road construction in São Paulo and Paraná states. These set us in good stead for growth; especially in the south of the country, where we have a very strong foothold.”

Toniolo Busnello does not just let the results speak for themselves. Five different surveys conducted annually invite clients, staff, suppliers, local community and shareholders to grade the company’s services. “We always achieve commendations for quality, punctuality and relationship management,” Busnello says. Feedback from these surveys is treated with the utmost importance: concerns over safety in the workplace were addressed immediately to maintain excellent results across the board.

Meeting expectations is in Toniolo Busnello’s DNA. Internal communication between managers, engineers and sales establish quality standards and Busnello cites three monthly staff meetings as an important part of integrated management: “The meetings give us performance feedback and highlight how we are seen,” he says.

Longevity is one of the company’s strongest differentials and is certainly due to introspection as well as ample market vision. While many others never made it through the country’s notoriously erratic economic past, Toniolo Busnello has emerged more successful than ever, covering new ground and proving itself a constant light at the end of the tunnel.