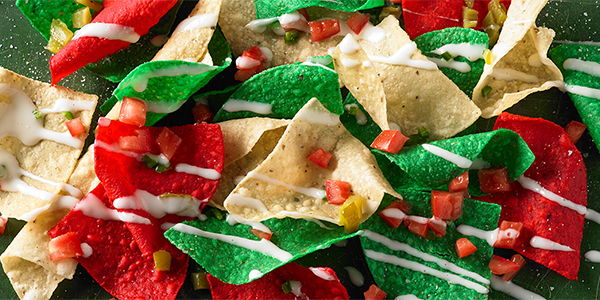 In the food industry, the name Tyson is synonymous with success. Tyson Foods, Inc. has become a world power in protein. The products it manufactures are second to none in food safety, quality, and variety and as its core values state: Tyson Foods feed its families, the nation, and the world with its trusted food products.

That said, it’s hard to believe that over 60 years have passed since John Tyson drove his battered truck to Chicago to deliver a load of 500 Arkansas chickens. On that trip, Tyson heard that chickens were bringing a better price in northern markets, so he cashed in his savings and borrowed the rest of the money he needed to finance the trip. He sold the birds for a profit of $235; $220 of which he wired home to pay on his debts and buy another load of birds. Out of that trip sprung the foundations of a company that would revolutionize the poultry industry.

But there were bumps along the way. By 1952, John’s son, Don left his agricultural studies at the University of Arkansas to join his father’s battle against a vulnerable and fluctuating market. When their roller coaster ride hit a low, with the market and poultry diseases taking their toll, the Swanson Company offered to buy the Tyson business. But the adversity only fueled John’s determination. With his son at his side, the “Tyson Team” pushed forward.

Around the same time, a native of San Antonio, Texas, decided to start a Mexican restaurant. After getting set up he noticed he had a lot of difficulty outsourcing a supply of tortillas. So, he started making his own. After a good run of success, he sold the restaurant in the late 1960s – a time when the acceptance of Mexican food started to blossom outside of its customary markets of California and Texas and began moving eastward. The new restaurant owner sensed the trend and seized the opportunity to manufacture tortillas rather than run the restaurant and began manufacturing corn and flour tortillas and a variety of dips under the name of “Mexican Original.”

That’s when Tyson Foods came back into the picture. In 1983 Tyson Foods acquired Mexican Original. It became the company’s first major acquisition outside of poultry.

Mexican Original became part of Tyson Food Service Group and before long Tyson was the leading producer of corn and flour tortilla products in the nation.

When Tyson purchased Mexican Original it secured a building in Fayetteville, Ark. but soon expanded the operation to include two more facilities by 1985. Then, in 1991 its Stanford, N.C. plant opened with 130,000 square feet of manufacturing space. The plant includes a press line and a chip line and produces taco shells and tostados. In 1995, the Portland, Ind. facility was added with 120,000 square feet of space. This plant produces heat press, and flat press products including taco shells, and corn tortilla chips as well as baked corn chips, a ready-to-be-fried product used by the food industry.

By 2004, the Fayetteville operation was expanded to 227,000 square feet. This location’s main product line is the flour tortilla and offers a press manufacturing process that yields a specific type of flour tortilla. According to complex manager, Richard Irvin, the facility also yields pre-fried chips, die cut production on the flour side, and a flat bread wheat-based product.

Today there are four Tyson Mexican Original facilities that produce corn tortillas and chips, taco shells, tostadas, heat-pressed flour tortillas, and nacho chips. They use 300 million pounds of flour and 90 million pounds of corn annually. The company’s Stanford plant currently has 16 production lines with one more on order. The Fayetteville plant has 15 with one on the way, and its Portland plant has 12 production lines. The Fayetteville plant also produces Tyson Kits and has a further processing oven line for poultry.

“Our poultry food service unit offers nearly every chicken product a customer could possibly desire, while maintaining an exacting focus on safety and quality. It’ s just a natural fit with our Mexican Original Food Service Unit,” says Wayne Beach, sales director for Tyson Mexican Original. With over 1600 employees, Tyson Mexican Original supplies to all facets of the food service market including schools, restaurants, health care institutions and universities. “In every major segment of food service, we enjoy a piece of the business,” says Beach.

The tortilla was created centuries ago, yet its uses continue to expand and delight food lovers. Today, tortillas are used for burritos, tacos, quesadillas, and enchiladas and as an alternative to the sandwich – rolled up with lunchmeat, cheese, lettuce, tomatoes and various condiments. Tyson’s contemporary line of flavorful tortilla chips and wraps come in all sorts of sizes, shapes and flavors. Its flavored wraps are a trendy hit and come in a dozen or so flavor profiles including tomato, spinach, herb garlic and of course, jalapeno.

Tyson has also been noticing another expansion of sorts over the past decade – a desire for larger type products, especially on the flour side. “It used to be the base was a six- to eight-inch tortilla, then it was 10, then 12 inches,” says Beach. “Consumer demand, as well as technology and equipment advancement, have ushered in the changes. Now, the bigger the tortilla or wrap, the more you can do with it. Seems not a day goes by that someone doesn’t come up with another variation or use for the tortilla. Our line of flavored wraps are now widely accepted and used in sandwich shops and pizza shops, so we see the flavored wrap gaining acceptance outside the traditional Mexican segment.”

And there seems to be no slow down in the acceptance of tortillas and wraps – even around the globe. “As major restaurant chains expand into overseas markets they will need tortillas and other products we offer. We foresee the tortilla making a transition from ethnic food item to a universal food item,” says Beach.

A very progressive, active company, Tyson has the financial where-with-all, and resources to keep the growing tortilla and wrap market well supported. Changes in the industry will continue to drive manufacturing advancements and technologies. “We are attuned to the rigors of manufacturing on the industry and our team members. We are always striving for equipment advancements to improve productions, eliminate waste and improve safety for our workforce,” says Beach.

The corn and flour items it produces, along with its dynamic range of protein products make Tyson a true one-stop shop for the food industry. And with the acceptance of Mexican food outside of the Hispanic community, the popularity of the tortilla in the U.S., and its growing awareness in overseas markets, the tortilla and its many variations should keep rolling along for quite some time.