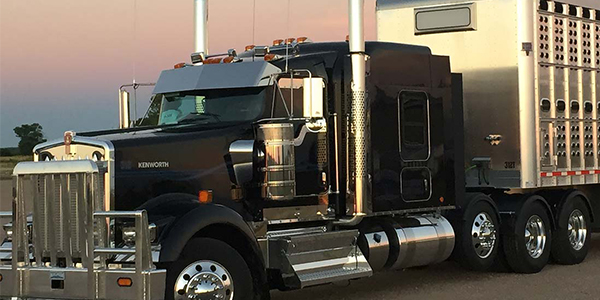 Holland Binkley Company provides a formula for success that should be followed by any company faced with a highly competitive industry. A wholly owned subsidiary of The Holland Group, Holland Binkley produces components for coupling, lift and suspension systems for trucks and trailers – a market that can be as competitive as it gets in manufacturing. But Holland Binkley has succeeded by identifying its niche, the components, and by striving to be the best among world-class suppliers within that niche.The company’s focus is codified in its mission statement, which promises product excellence in three aspects: quality, customer satisfaction and continuous improvement. Holland Binkley’s goal, according to the statement, is “to strengthen is position as the world’s leading supplier of quality engineered components specializing in coupling, lift and suspension systems for the international transportation industry.” Its commitment, the statement says, is “to satisfying the needs of the customer by providing products consistent with the highest levels of quality, safety and performance.” The mission statement also pledges that Holland Binkley “will actively pursue expansion in products which utilize our strengths and continuously improve all areas of (the) business.”

These are high mountains for any manufacturer to climb. Yet Holland Binkley has reached the peaks in all of these areas. Today, the company stands as a preferred supplier to the major original-equipment truck and trailer manufacturers. It isn’t stopping there, either. Holland Binkley has built a business structure that promises to keep it at the forefront of the coupling, lift and suspension industry as the future unfolds.

Trailer Mix
Holland Binkley’s state-of-the-art manufacturing facility is in Warrenton, Mo., where the company opened for business in 1933. Its founder, Bill Binkley, began the company as a producer of furnace pipes and fittings. Binkley’s turn toward its current line of work began in 1941, when it joined the World War II effort by producing parts for the Fruehauf Army trailer. Binkley maintained its connection to the U.S. military after the war, eventually signing on to produce stabilizing jacks in conjunction with the U.S. rocket and missile program. This in turn led Binkley into the development of its landing gear product line, a project that formally launched in 1958.

A further key moment in Binkley’s expansion occurred in 1988, when it opened a plant in Arkansas to manufacture sliders and suspension systems. Three years later, Holland acquired the company and thus brought it into a corporate family dating back to 1910 – one dedicated to the truck/trailer components industry. Soon after the purchase, Holland began to build a new plant in Warrenton, which was completed in 1996 and reinforced the mission of the newly renamed Holland Binkley by giving it one of the most modern facilities in the industry.

Today, Holland Binkley employs approximately 500 people and encompasses about 400,000 square feet of manufacturing space. The company is organized into three divisions – Landing Gear Products, Custom Products and Axle Products. The Landing Gear Products Division produces support legs for trailers, in sizes ranging from small utility trailers all the way to semitractor/trailer landing gears. The Custom Products Division, which occupies the original plant site in Warrenton, supplies custom fabrications for truck and trailer manufacturers, and for a variety of other industries. The Axle Products Division is responsible for the company’s line of trailer axles, brakes and wheel end components.

Holland Binkley’s broad capabilities are the basis behind its “value engineering” program of customized products. The company’s equipment gives its personnel the ability to work with a variety of specialty materials, especially those offering maximum strength at minimum weights. Along with its off-the-shelf products, Holland Binkley produces custom roll-formed products for clean rooms, furniture, cargo control, filtration, bulk handling equipment, chemical storage tanks and many other markets.

The value-engineering concept also includes regular product reviews, conducted by Holland Binkley’s highly experienced staff and involving the customers directly in the manufacturing process. Quality and value engineering play crucial roles in Holland Binkley’s marketing initiatives, especially in its Get in Shape with Binkley program. This promotes the company’s continuous-improvement efforts by underscoring how its quality process – the product review sessions and the joint work between the company and its customers – keeps components “in shape.” “With Binkley, you receive more than quality roll-formed products – you get a relationship that delivers more value every day,” says the company’s product literature.

Holland Binkley continues the physical conditioning theme in a more particular sense in its marketing of Airlite2(tm), an air suspension system with a patented air-spring beam design. The company’s hook with this product is its ability to “relieve stress”; Airlite 2(tm) “reduces stress, fatigue and operating costs,” says the product brochure. The system lessens stress by dissipating vertical, lateral and longitudinal forces to various relief points. The result is a safer and longer-lasting air suspension system, with improved performance and requiring less maintenance.

Internal Medicine
In its manufacturing, Holland Binkley has demonstrated that it’s ahead of the curve in yet another physical element. In a story in Metalforming Magazine, the company described its efforts to make its plants ergonomically safe. During the design phase of the newer Warrenton plant, the company brought in a consultant who reviewed the various designs and recommended adjustable fixtures, additional lift tables, hoists and redesigned assembly areas to correct the heights. The company’s employees were also trained in handling their jobs using ergonomically sound methods.

Ergonomics became such a central part of Holland Binkley’s culture that it now builds and redesigns products with the goal of making them ergonomically correct, according to the story.

Holland Binkley has also made safety a top priority. The company was a participant in the Partners for Safety program developed by Mike Drone, president of Drone & Mueller, which actually makes the safety effort into a competition between teams of employees. In 1999, the first year of the program, the company cut its workers’ compensation costs by $250,000. It is now looking to create its own approaches to making safety fun and interesting.

As part of The Holland Group, Holland Binkley is a key operating unit of a truly international organization. Holland has offices on every continent, and Holland Binkley products are tailored to the specifications of each of these global markets. With this huge international presence, its high quality standards and its goals of total customer satisfaction and continuous improvement, Holland Binkley has hitched itself to fast-paced future.