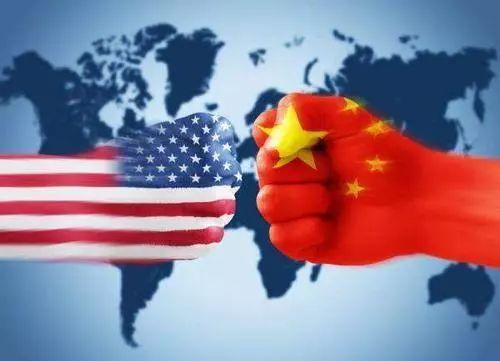 Friday’s U.S.-China trade war escalation leaves little doubt that I was wrong about the conflict in one major respect. So was President Trump.

Just as Mr. Trump was first unilaterally tariff-ing Chinese products in response to Beijing’s wide-ranging economic predation (which of course extended far beyond trade flows into intertwined investment and technology issues), I confidently stated that Beijing wasn’t about to risk antagonizing its most important market by far with any retaliatory moves. Indeed, although I didn’t agree with his near-blanket statement that “trade wars are good,” I was fully on board with his claim that they’re “easy to win” – or at least reasonably so.

China’s announcement yesterday of new tariffs on $75 billion worth of American goods in response to the most recent round of Trump trade levies was just the latest evidence that Chinese leader Xi Jinping in fact has little compunction about risking American official ire and even believes he might prevail.

Even so, the President and I have an excuse. Our mistake wasn’t maintaining that the bilateral economic balance of power didn’t overwhelmingly favor the United States. Just check out the new claim by the founder of Huawei that U.S. national security sanctions – which could cut the Chinese tech giant off from access to the  U.S.-brand semiconductors central to its products operations – has confronted this entity with a “life and death” crisis. Moreover, trade flows remain as grotesquely lopsided as ever, meaning that the export-heavy Chinese economy still remains much more dependent for adequate growth on selling to the United States than vice versa.

Instead, our mistake has been underestimating just what a delusional bonehead Xi is, and how he can’t seem to resist the temptation to overestimate China’s power and prospects. He’s clearly overreaching in his treatment of Hong Kong, in the process courting a global public opinion backlash that’s likely to dwarf that following the Tiananmen Square massacre of 1989 – and turn him into a rival and even replacement for President Trump himself as a worldwide punching bag. He’s clearly overreaching regarding Taiwan, even given Beijing’s longstanding view of the island as a renegade province and equally longstanding practice of threatening it militarily. As a result, the United States will be selling the Taiwanese armed forces $8 billion worth of advanced fighter jets. He’s also clearly overreaching in connection with his ballyhooed One Belt One Road global infrastructure project – which is increasingly being recognized as at best the biggest potential white elephant in world history and at worst an equally gargantuan engine of pollution and corruption.  (See, e.g., this post for a typically negative review.)

Even more noteworthy are the signs that Xi’s trade war overreaching is seriously damaging China’s own economy. Just a few of the recent signs: the lowest overall economic growth rate in 27 years; the worst industrial production growth (which includes mining and utilities as well as manufacturing) in 17 years; and all-time record official unemployment in China’s cities.

That last milestone is especially important, since keeping people at work is the top economic priority for China’s leaders. The reason: jobless Chinese workers could turn into politically restive Chinese workers, and pose big dangers to the employment status of Xi and the rest of the ruling Central Committee.

And surely more worrisome for Xi: He must know better than most that China’s official economic data strongly tend to overstate China’s economic performance. In other words, the domestic economic picture is likely even worse than Beijing is letting on.

Why then does Xi keep standing on his high horse? Of course, I have zero inside info. But the only answer that makes sense to me is that he and his colleagues have decided that if they can prick enough American economic fingers (whether among consumers or farmers or investors), the resulting complaints will be amplified through a deafening chorus of gloom-mongering from the staunchly anti-Trump Mainstream Media. Eventually, Americans could talk themselves into a recession that would ensure the election in 2020 of a much more pliable Democrat – chiefly, former Obama Vice President Joe Biden.

That’s not a crazy plan by any means, especially since the President is no slam dunk to win reelection. At the same time, it’s far from clear that Xi or whoever’s advising him on American politics are such whizzes on the subject. If they were, would China under his rule have acted belligerently enough on trade, national security, and human rights to have helped elect Mr. Trump in the first place?