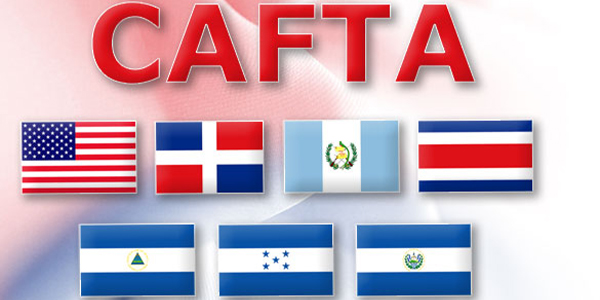 A key part of President Bush’s economic agenda is opening markets and leveling the playing field for U.S. manufactured goods, farm products and services.In recent years, we have made great strides with our trade partners in the western hemisphere. Right now, U.S. two-way trade with Canada and Mexico exceeds U.S. commerce with the European Union and Japan combined. Ten years after the North American Free Trade Agreement with our neighbors, we can clearly see the economic growth and business that it has created throughout the western hemisphere.

The president sees a new opportunity to build on that success. The U.S.-Central America Free Trade Agreement with Costa Rica, the Dominican Republic, El Salvador, Guatemala, Honduras and Nicaragua, that is being considered by Congress, would create the second-largest U.S. export market in Latin America, behind only Mexico, and our 10th largest export market in the world.

What are the benefits for manufacturers? An analysis released by the National Association of Manufacturers in April, concluded that CAFTA is “unambiguously a winner” for U.S. manufacturing. According to the NAM study, CAFTA could provide U.S. manufacturers $1 billion of additional manufactured goods exports, preserve up to four times that amount of existing exports and create some 12,000 new job opportunities.

More than 100 NAM board members supported passage of the CAFTA agreement. The signers included senior executive officers of both large and small manufacturing firms from all industry sectors and from all across the country. They understand that this agreement would immediately and significantly benefit their companies and workers.

Many people are surprised to hear that we already have a free trade agreement with Central America. But much of that trade is flowing in only one direction. Most Central American and Dominican Republic exports to the United States benefit from duty-free treatment, primarily as a result of the Caribbean Basin Initiative and the Generalized System of Preferences.

Today, about 80 percent of the goods imports coming from Central America are duty free. The vast majority of our $16 billion in goods exports, however, face high tariffs. AFTA would level the relationship across the board for American companies and farmers and open access for our services companies.

Competitive gains
Highly competitive industrial sectors will gain immediate duty-free treatment. These include information technology, farm and construction equipment, paper products, medical and scientific equipment and chemicals and pharmaceuticals. Implementation of the agreement will enable more than 80 percent of U.S.

industrial exports to enter the CAFTA markets duty free, with all tariffs on industrial goods phased out within 10 years.

It would eliminate tariff spikes including:
• El Salvador’s 30 percent autos tariff;
• Plastics and cosmetic tariffs up to
20 percent;
• Air conditioning and refrigeration equipment facing tariffs up to 20 percent;
• The 15 percent tariffs on some building products such as valves and home construction accessories, including fixtures, sinks and doors.
My own experience as a business-man tells me these are great, great markets. The U.S. Chamber of Commerce predicts that U.S. sales to the region
could expand by more than $3 billion in the first year of the free trade agreement.

We trade more with Central America and the Dominican Republic than we do with Australia, and more than we trade with Brazil. CAFTA is also a larger U.S. export market than Russia, India and Indonesia combined.

The free trade agreement with these young and vibrant growth markets would solidify our nation’s competitive edge as the leading supplier of goods and services to the CAFTA countries at a time when China is making serious inroads as an investor and exporter in the Western Hemisphere.

Importantly, CAFTA also has the potential to further integrate the hemisphere so that we can better compete in other markets around the world, notably in Europe and Asia. Three countries in Central America have already authorized the agreement. They are courageously taking the lead. They are waiting for us, and a lot of countries are looking to us, to see how we deal with it.

CAFTA will send a very powerful message to our trading partners in South America that we are serious about opening markets, about free enterprise and the
role that free enterprise has in creating broader freedoms.

Support democracy
CAFTA is significant not just in economic terms. It is an investment in American prosperity, but it is also an investment in hemispheric freedom and democracy right in our own backyard. During the 1980s, Central America was plagued by civil war and chaos. Today, the region is filled with fragile democracies that need American support.

Elected leaders in the region are embracing both political and economic reforms. They are fighting corruption, strengthening the rule of law and battling crime. And they are supporting America in the war on terrorism. But the forces that oppose reform remain and are still active.

President Bush strongly believes that the United States should stand with those who stand for democracy and economic freedom. Eliminating tariffs, opening markets, promoting transparency and establishing state-of-the-art rules for 21st century commerce will strengthen our economic ties with the CAFTA nations and reinforce their progress toward economic, political and social reform.

This is an historic opportunity to serve the cause of democratic reform, to level the playing field for American companies and farmers and to create jobs for American workers. We believe that opening new markets for exporters, for manufacturers, is the wave of the future, and the way towards the future of growth, vitality and prosperity is free and fair trade. The CAFTA free trade agreement is an opportunity that we should seize now.

Carlos M. Gutierrez is the 35th Secretary of the U.S. Department of Commerce, the voice of business in government. The former chairman of the board and chief executive officer of Kellogg Company, Secretary Gutierrez is a core member of President Bush’s economic team. Visit: www.doc.gov.