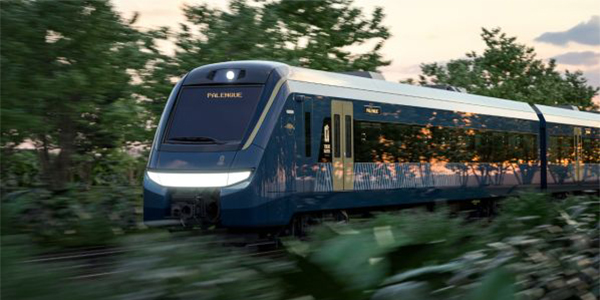 The Roaring 20s saw the birth of the Alstom Group, which employs over 69,000 people in more than 70 countries around the world. The group came about as a result of the fusion of the Société Alsacienne de Constructions Mécaniques and Thomson-Houston. Among its many accomplishments, the company boasts having built the largest cruise ship in the world, the Queen Mary II, as well as the high-speed train TGV in Paris.

In 1998 the company went public and was renamed Alstom. It is comprised of five business segments: four of them are in Mexico under the corporate umbrella of Alstom Mexico: Power Turbo Systems, Power Service, Power Environment, and Transportation. Each of these segments offers quality service solutions and a response time that have earned the company a privileged, strategic position in the domestic marketplace.

Power to Alstom
Supported by a manufacturing facility in Morelia, Michoacán, where all necessary diaphragms and components are produced in-house, one of the group’s strongest business units is Alstom Power, which ranks number one in the production of boilers, control systems, gas turbines, hydrogenerators, hydro turbines, steam turbines and retrofits, turbogenerators, gas, hydro and steam turnkey plants. “In Mexico, we seek to actively aid in the collective reassessment of the energetic sector reforms to better evaluate the future of Mexico in the energy and power segment,” says Alain Toubiana, country president. Alstom Power has a significant presence in major power projects: in Termoeléctrica del Golfo, Tamuín, San Luis Potosí Hydroelectric Central, in Chicoasen, Chiapas; the Combined Cycle Thermo Centrals in Monterrey, Nuevo Leon, Chihuahua, Chihuahua, Valle de México, Estado de México, and Hermosillo, Sonora; the Thermo Central in Tuxpan, Veracruz; the Geothermic Central Los Azufres II in Michoacán. The city of Morelia, Michoacán is where the Diaphragm Manufacturing Plant is located.

Alstom Power’s catalog includes products for power generation systems, power recovery systems, power conversion, heat exchange, environmental control systems and hydraulic energy. The equipment manufactured by the company generate about 20 percent of the total power produced in Mexico, where 21 percent of the company’s installed capacity serves the gas and steam-powered turbine market, while also covering 20 percent of the services market, employing a total of 220 workers. But Alstom does not only act as a supplier of products or components, but also as an integral service provider that aids in maximizing the power generation potential within the framework of turn key projects. In Mexico, the company plays a major role in the production of 45,000 megawatts of energy, at its current installed capacity.

Next stop?
Alstom Transport offers leading-edge technologies, products and services to urban transit authorities and operators and rail freight and intercity passenger rail operators; it offers a wide range of service-proven equipment and sub-assemblies that help to reduce life-cycle costs and increase reliability and availability. Alstom Transport is also considered a leader and innovator in high-speed and tilting trains. It is rated as second in urban light-rail and tram systems, commuter and regional trains.

One of the company’s products having received worldwide acclaim is the Citadis light rail vehicle. The cities of Lyon, Dublin, Orleans, Melbourne, Rotterdam, Barcelona, Tenerife, Jerusalem and Tunisia have already benefited from the company’s technological breakthroughs, and it is currently seeking to ignite the public interest on these modern, non-polluting transportation systems in other metropolitan areas in Mexico, such as Puebla, Morelia, Aguascalientes and San Luis Potosí. State and federal authorities in Mexico are beginning to consider the need for a high-speed train from Mexico City to Guadalajara, and Alstom will most likely be an active participant in this endeavor of linking two of the most important metropolitan areas in Mexico.

Alstom Transport was created in 1994 in Mexico to offer integral maintenance of diesel-based electric locomotives and train cars, urban public transportation, signaling and energy systems, preventive and corrective maintenance of General Electric and General Motors models, overhaul and major repair services, and personalized maintenance of locomotives under a 92-day scheme. The company has supplied over 750 cars for Mexico City’s subway system – also known as “Metro” – as well as all of its signaling and rectification substations. In 2004, sales were greater than $60 million, and have grown to embrace 36 percent of the domestic market of locomotive maintenance services. In June 2000, Alstom Transport expanded its services to offer maintenance and repair services of railways, creating 598 new jobs.

One of the company’s largest, most recent projects was servicing 437 locomotives from the four major railroad companies in Mexico: Ferromex, based in Guadalajara and Mazatlán; Ferrosur, based in Xalapa and Tierra Blanca; TFM in Monterrey and Ferrovalle in Valle de México, who entrusted Alstom to service their 120, 140, 149 and 28 locomotives, respectively. The company has developed adequate maintenance procedures for AC 4400 HP locomotives. In 1994, the company became its own supplier of parts and components both for internal use and to serve the domestic and international marketplace.

Alstom Transportation uses RCM and CBM tools to design its maintenance cycles and to expand the useful life of larger parts and components, while assuring greater availability and reliability, under AAR-M1003 and ISO 9001 certification. It was designated as a Clean Enterprise in Monterrey, Valle de Mexico and Xalapa. Its facilities are distributed throughout Mexico. In addition, Monterrey, Guadalajara, Xalapa and Valle de Mexico are where the locomotive maintenance and repair workshops are located, and the city of Morelia is where the railway maintenance office is located. The main offices are in Mexico City.
Alstom Transport’s market share has grown by 8 percent over the last three years; the company’s operations are fully compliant with the Federal Electricity Commission’s (CFE) Financed Public Work (OPF) regulation, which determines that a company that is directly involved in a specific energy-related project must oversee all financial and investments aspects of the project from inception to full delivery.

Laying the railways to the future
In the world of energy and transportation, Alstom Mexico has set the standards as far as innovative and environmentally safe technologies are concerned. “I am convinced that our engineers constitute our company’s greatest assets, since they are capable of building the fastest train systems and automated subways with the largest capacity in the world. They are also capable of providing ultimate solutions for power plants and related services for a wide array of energy sources.” adds Toubiana.

Needless to say, it is no secret that brains – and trains – are indeed what sets Alstom apart from its competitors.