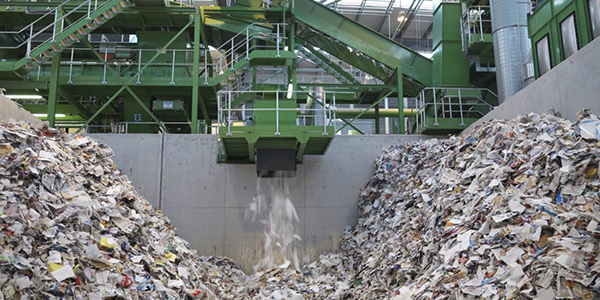 Dennis Donahue chuckles a little sheepishly when he says his wife isn’t all that happy with him these days. The 62-year-old was barely out of retirement when a friend recommended he talk to a credit company and look at acquiring the assets of a former Miami, Fla., refuse company. Goodbye golf game, travel plans and all that well-deserved rest.

Donahue was so impressed with the possibilities of the entity that he came out of retirement to save it. He purchased the four companies from their bankrupt parent in October 2002 and set to work establishing new headquarters in Wooster, Ohio.

While others would have balked at the prospect, Donahue saw possibility. After all, he’s used to being the “turn around guy.” Companies such as Worlds of Wonder, Atari, Inc., and United Technologies have counted on him to come to the rescue when business was floundering. “One of my former bosses gave me a one-way ticket to Taiwan and said ‘Don’t come back until you’ve fixed it!’ ” recalls Donahue. “I’m used to this kind of thing.”

Most recently, as the former president and CEO of the Will-Burt Company in Orrville, Ohio, he was able to improve the company’s facilities and infrastructure, refocus its quality control, update technology and computer systems and help build a new worldwide presence.

Back in Business
Just several months into his new venture, Donahue already wishes he could clone himself. “In the last three months, I’ve been out and about quite a bit. Visiting manufacturing facilities, meeting with suppliers, and creating our new headquarters. It’s a lot of work, but I’m enjoying myself.”

And he’s been at it since Sept. 30, 2002. “Things are rolling along as expected. And we were able to save the jobs of 250 employees with a little help form the courts in Phoenix.”

On his visits to the companies that make up Hi Rise, he saw the financial situation was a bit sketchy, but recognized he had highly capable managers in place with great ideas. “I knew we had something here. I decided to do the consolidation necessary to make it work. I wanted to keep the identity of the four companies and build on their good names.

ssentially, I am an owner and I have four general managers. My goal is to really try to facilitate the roll up of these four companies while maintaining their regional names and their independence.”

The four companies that make up Hi Rise Recycling are: American Gooseneck Sales in Phoenix; Hesco Sales in Fort Lauderdale, Fla.; Bes-Pac in Piedmont, S.C., and Devivo Industries in Waterbury, Conn. All cater to the refuse industry. They provide a variety of trash chutes to high rise buildings, build their own trash collection equipment, offer front and rear loading cans, roll off containers, recycle bins, compactors, cardboard bailers for recycling, sludge tanks and other types of containment and compression vessels. A fifth manufacturing facility in Mississippi also is part of the fold and Donahue was able to cut back on manufacturing space at all locations to reduce cost.

“We supply to everyone from the trash hauler to the waste management guy,” explains Donahue.” Independent chains also rely on Hi Rise equipment, as do food stores, home improvement stores, and department stores like Nordstrom.” The company even has shipped some of its heavy-duty compactors to Mecca in Saudi Arabia and it sells to the Caribbean. Exporting is becoming a bit more significant, but not always practical due to the weight and volume of the product.

Strategize to Maximize
While he’s only been in business a couple of months, Dennis Donahue knows the way to make a success of Hi Rise is to get back to the basics. “My number one goal at the moment is to help us become more efficient and more competitive. Then, I’ll take the time to look for new products, and acquisitions that fit our core competency.”

Donahue also is focused on regaining market share after the bankruptcy. “Our suppliers are a little cautious and understandably so. We need to rebuild that confidence. But we’ve always had a good reputation for delivery and quality, so I’m confident that with some hard work and relationship building, the rest will fall in line.”

Surprisingly, in a business climate that once heralded growth at all costs, Donahue isn’t necessarily looking to grow by gangbusters just yet. “Our focus will be on growth, but not for growth’s sake. I want quality, profitable growth that will give us the legs we need to give our customers the best product and service possible,” says Donahue. “You have to have a plan and a strategy, have your tactics identified. You have to be focused on what your goals are and not deviate one inch from them. I’ve been through all that before. Bigger is not always better. Meeting our objectives is the most critical thing. To go too fast, too far is the biggest problem you can have. Just look at the dot.coms. Faulty business plans, poor revenue models and bad cash flow have been the death of many a dot.com. Cash flow is what you have to watch, and your borrowing.”

Donahue suggests keeping it simple. “Stay with the fundamentals and the building blocks. There is nothing wrong with this company. Basically, you have to sell your product, collect your bills, and keep your costs under control. It’s always tempting to go off to the races, but in reality, slow and steady wins the race.”

A year from now, Donahue hopes to be a quality provider of solutions to the refuse industry. “I’d like to have several new products for new markets, perhaps the transportation, hauling or construction industries.” But for now, this “self un-retired” businessman is enjoying the ride. “This is fun. I’m having a good time.”