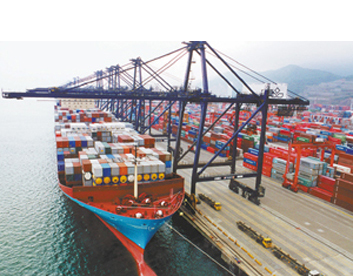 Since the Trump administration’s actual and potential tariffs became an issue, opponents (including many American businesses) have complained loudly that these moves would ruin their global competitiveness by raising input costs. And in a supposedly devastating irony, they insist that these higher prices would offset much of the impact of the new tax cuts championed by the President.

If only looking broadly at recent changes in business costs justified such concerns. Or even came close. In fact, the big picture shows that domestic U.S. businesses – including steel users and companies that rely on parts and components from China in particular – have received benefits that will dwarf the costs created by tariffs. These higher costs, moreover, should be all the more acceptable given that a tariff-centered approach is the only response to longstanding predatory foreign economic practices like government-subsidized overcapacity and officially enabled intellectual property theft – whose gravity is now (finally) widely recognized – that hasn’t already failed.

To take one typical example, the Tax Foundation, a think tank that’s called the new Tax Cuts and Jobs Act “once-in-a-generation pro-growth tax reform,” thinks the following finding decimates the case against the proposed U.S. China tariffs: They’ll “offset more than a quarter of the tax cuts for 2018.” But by definition, for business, some three-quarters of the benefits of generational tax policy improvement will remain in place. (The exact share is unclear because the Tax Foundation includes consumer costs in its figure for overall tariff increase costs, but it’s no doubt roughly comparable.) In return, at least potentially, major threats to the global trading system will be eliminated or at least reduced significantly. This is an unacceptable trade-off?

And tax cuts are hardly the only major helping hand business has received from the Trump administration. According to one major supporter, the editorial page staff of Investor’s Business Daily (IBD), the regulatory cuts and changes accomplished so far by the President amount to a “Yuuuge” promise kept. Citing a (sympatico) Heritage Foundation study, the publication specified that the net gains for business far exceeded the alleged dollar amount of relief anticipated from the first phase of the new regulatory reform program – $645 million.

For the Trump accession to the White House meant that American companies would no longer be contending with an Obama administration that imposed $120 billion in regulatory costs on the nation’s economy each year, and wouldn’t need to worry about a Democratic successor presumably likely to continue down this road. That’s quite a turnaround.

And the true scale of the reversal is far greater still, for according to Heritage, “the impacts [of the Obama policies] have not been fully quantified for a significant number of rules, and…many of the worst effects — the loss of freedom and opportunity — are incalculable.” In sum, according to another analyst quoted by IBD, the Trump administration’s approach is “one of the most significant developments in regulatory policy in decades.”

Finally, it’s not as if U.S.-based businesses have been hurting financially lately. Corporate profits are near all-time highs as a share of the total economy. So are manufacturers’ profits.

And revealingly, American manufacturing’s productivity growth has been lousy lately, signaling that these firms have enormous potential to absorb the higher input costs generated by tariffs by achieving greater efficiencies.

Not that there may not be numerous convincing arguments against the Trump administration’s imposed and potential tariffs. But can American business, and its enablers in the nation’s chattering classes, at least stop pretending that devastating cost hits to their operations represent one of them?