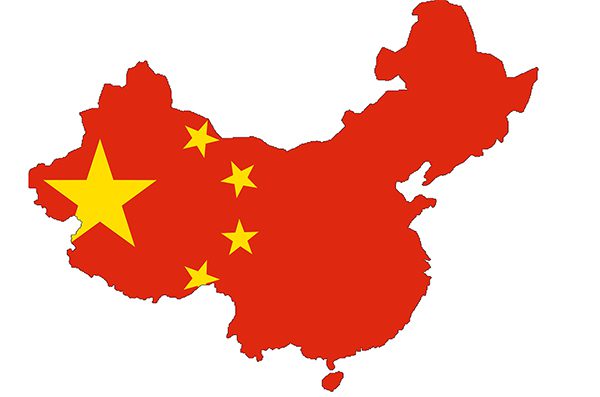 What was worst about President Trump’s decision yesterday to let China off the currency manipulator hook (for now) was not the scrapping of a long-time campaign promise it represented. What was worst about the decision was its geopolitical rationale – that is, Mr. Trump’s judgment that major Chinese cooperation in reining in North Korea’s nuclear program could be secured if his administration moderates or delays various efforts to counter Beijing’s trade predation.

Nonetheless, some recent developments also presage reasons for modest optimism that a sounder approach to currency manipulation by China (and other countries), at least, will eventually emerge if it becomes clear Beijing is welshing on this deal.

The president’s new China policy makes least sense from a pure negotiating tactics standpoint. After all, what course of action could now be more tempting than for China to keep stringing America along with promises to get tough on North Korea, and even with token actions suggesting that meat is being put on these bones? Think “Charlie Brown,” “Lucy,” and “football.” And how will the president decide that his gamble has failed?

Moreover, Mr. Trump’s own views of China’s clout with North Korea seem confused, at best. On the one hand, the president must (logically) believe that China can make much more of a difference in resolving the North Korea situation than it’s so far chosen to. Why else would he offer China the valuable benefit of better terms of trade than it would otherwise receive? On the other hand, Mr. Trump said in an interview with The Wall Street Journal “After listening for 10 minutes [to Chinese leader Xi Jinping at their summit a week ago], I realized it’s not so easy. I felt pretty strongly that they had a tremendous power [over] North Korea. … But it’s not what you would think.” So here he’s indicating that Beijing can’t help decisively at all.

Related Trump statements point to another major negotiating No-No: Rewarding interlocutors for steps they would take anyway. The president is now on record as stating that Xi “means well and wants to help” on North Korea. But this confidence raises the question, “Why?” It’s of course possible that Chinese policy has entered a new, more charitable phase. It’s more likely, however, that Beijing is becoming increasingly worried about the situation in its next-door neighbor spinning out of control and triggering a conflict that could go nuclear right on its borders.

Indeed, a recent editorial from its own government-controlled press clearly signals that those dire concerns are China’s main motivator: “China…can no longer stand the continuous escalation of the North Korean nuclear issue at its doorstep. Instead of accepting a situation that continues to worsen, putting an end to this is more in line with the wish of the Chinese public.”

Even more revealing, the same editorial made plain as day that official Chinese nerves have been frayed further by Mr. Trump’s willingness to go-it-alone militarily in Syria (when he ordered airstrikes in the middle of his meetings with Xi), by his threat to take a similar course of action against North Korea, and by his dispatch of a powerful American naval force to Korean coastal waters. In other words, the president’s apparent comfort with using force already has caught China’s attention.

Better yet, some concrete evidence of this success has appeared. China seems to be reducing its imports of coal from North Korea – one of Pyongyang’s few major sources of foreign exchange – and it abstained yesterday from voting on a UN resolution condemning Syria’s government for the chemical weapons use that prompted the U.S. cruise missile attack. Until then, China had vetoed similar UN resolutions. Why, therefore, would Mr. Trump sweeten the supposed deal further with trade breaks?

At the same time, these latest Trump decisions are sending signs about the president’s national security strategy and overall priorities that are equally disturbing. Principally, during his campaign for the White House, Mr. Trump displayed a keen awareness of the burgeoning nuclear risks being run by the United States by maintaining its defense commitments in East Asia. In numerous remarks that were pilloried by an ossified bipartisan American foreign policy establishment, candidate Trump quite sensibly suggested that the United States should transfer much of this risk to the local countries (like China) most directly threatened by the North Korean nuclear program. Yesterday, Mr. Trump endorsed America’s longstanding Asia strategy even though the North can increasingly call the U.S. nuclear bluff on which regional deterrence has been based with forces of its own that can strike American targets.

Even more striking, Mr. Trump’s new quid pro quo has demoted policy options that can deliver major economic benefits to his core voters and the entire U.S. economy (more trade pressure on China) back to their longstanding position subordinate to national security strategies that primarily help other countries (the Asian allies covered by the American nuclear umbrella). Far from the type of America First strategy he touted during his campaign and especially in his Inaugural Address, these new Trump moves add up to an America Last strategy.

All the same, Trump’s new approach could set the stage for improved U.S. anti-currency manipulation strategies should circumstances require them. Although unmistakably disheartening to many trade policy critics, this latest American China currency decision was defensible on its own terms. It’s true that substantial evidence continues indicating that China’s yuan is significantly undervalued versus the U.S. dollar – and still enables producers in China (including those owned by or linked with U.S. and other foreign-headquartered companies) to offer their goods for artificially low prices in markets around the world. Nonetheless, it’s also true that China has permitted its (surely dollar-dominated) foreign currency reserves to drop by about 25 percent since 2011 – largely because it’s been selling those reserves and buying yuan in order to curb worrisome capital flight. In other words, Beijing has been trying to support the yuan versus the dollar, and keep its value higher than it would be were it freely traded.

Yet there’s absolutely no reason for trade policy critics – or the U.S. government – simply to conclude that ambiguous circumstances simply force America to accept the status quo. In fact, such shoulder-shrugging would amount to rewarding China currency cheating that the conventional wisdom now admits lasted for years, and whose cumulative effects continue to undercut the price competitiveness of domestic U.S. manufacturers and other producers.

So what to do? According to at least one press report, the Trump administration is considering revamping currency manipulation policy in ways that would appear to abandon the current, blinkered approach in favor of one that takes these cumulative effects into account. Specifically, a Reuters article last week suggested that one option that’s attracted the administration’s attention would involve lengthening “the time period for reviewing currency market interventions from 12 months to several years, capturing more past interventions by China….” At least logically, this shift would signal recognition that the impacts of these interventions (to suppress the yuan’s value) are dynamic, and long-lasting.

Even better, however, would be to recognize that, important as it’s been because of its effects on prices across the Chinese economy, currency manipulation is only one form of trade predation practiced by China, and that such individual policies can easily frustrate current legalistic countermeasures by virtue of the powerful and secretive Chinese bureaucracy’s ability to turn them on and off at will – often with little more than a phone call. More important, China has successfully used these ploys in the past. And P.S.: Other Asian economies are just as skilled as China’s at pulling off these scams.

In other words, the various mercantile measures used by China and others to distort markets are completely fungible. Dealing with them effectively therefore requires Washington to become much more agile and flexible in response. And the critics need to stop focusing so tightly on currency manipulation and keep the much bigger, more important China and global trade picture in mind.

For the entire U.S. economy has a big stake in the Trump administration putting these changes into effect before Chinese and other countries’ trade predation sucker punches even more of its most productive sectors – whether they interfere with the president’s new North Korea strategy or not. So, in all likelihood, does Mr. Trump’s political future.

Tonelson has been called by The New Republic “the most influential economist spreading the nationalist gospel.”

His book on globalization and the U.S. economy, The Race to the Bottom, was published by Westview Press in 2000 and issued in paperback in 2002. His articles and reviews have appeared in Foreign Affairs, The Atlantic, Harper’s, FOREIGN POLICY, The New Republic, The National Interest, The Harvard Business Review, and most major national dailies, including The New York Times, The Washington Post, The Wall Street Journal, and USAToday, as well as on major news websites like BloombergView, CNBC.com, Fortune.com, Marketwatch.com, and Lifezette.com. In addition, Tonelson has commented frequently on economic and national security issues on Bloomberg TV, CNBC, CNN, C-SPAN, Fox Business Network, Breitbart News Daily, and other broadcast and print news outlets.

Tonelson has testified before several Congressional committees, as well as the U.S. Trade Deficit Review Commission, the U.S.-China Economic and Security Review Commission, and the Maine Fair Trade Commission. He has also lectured at the National Defense University, the State Department’s Foreign Service Institute, the David Sarnoff Research Center; at the Philadelphia, Kansas City, Indianapolis, Hampton Roads (Va.), Cleveland, Honolulu, and Alaska World Affairs Councils; the Providence (R.I.), Boise (Idaho), Louisville (Ky.), and Birmingham (Ala.) Committees on Foreign Relations; the Pacific Council on International Policy and the Japan-America Society; and at numerous other government, academic, business, and labor fora in the United States, Europe, Japan, and China.

In 2015, he was elected a Director of the Henry George School of Social Science in New York City.

A former Fellow at the Economic Strategy Institute and Associate Editor of FOREIGN POLICY, Tonelson holds a B.A. with highest honors from Princeton University.