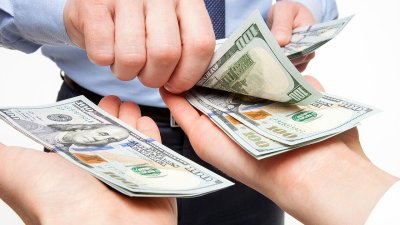 This conclusion comes through loud and clear from the table below. It shows the real hourly wages changes over various periods of time for all private sector workers (Labor doesn’t track public sector wages, since they’re largely set by politicians’ decisions, and therefore say little about the underlying state of the economy), for private sector “production and nonsupervisory” workers (let’s call them “blue-collar” for short) and for all manufacturing and blue-collar manufacturing workers.

The short-term trends look pretty good. In particular, the difference between the latest annual increase in constant dollar private sector wages (1.11 percent) and the increase during the first 33 months of the Trump administration (2.62 percent) makes clear that the last year has a greater average monthly rate of improvement (0.93 percent) than the entire period (0.79 percent). Therefore, there’s been a modest acceleration in real wage increases. (I consider February, 2017 the current administration’s start month, since President Trump was inaugurated on January 20.)

The picture has been even brighter for blue-collar workers, with the average monthly rates of increase standing at 1.56 percent over the last year and (0.96 percent) for Mr. Trump’s entire term in office.

Price-adjusted manufacturing wages have grown slower so far during this Trump term than private sector wages, but acceleration is evident here, too. In fact, it’s been even faster. For all manufacturing workers, after-inflation wages have risen over the past year by an average of 0.85 percent per month. Since Mr. Trump’s inauguration, though, this rate has been only 0.14 percent.

And although also at lower absolute levels of increase, the wage increase pickup has been greater for manufacturing’s blue-collar workers as well – an average monthly gain of 1.51 percent over the last year versus one of only 0.77 percent for the President’s entire tenure.

So what’s the problem? It’s that this wage performance for all categories of workers pales before that from the best comparable Obama administration period – its final 33 months. And the biggest gap has been in manufacturing, for both the total and blue-collar workforces.

It’s entirely possible, as I’ve noted, that the worse record during the Trump years could be due to employers of all kinds, including manufacturing, being forced during a time of super-low joblessness to start hiring workers they’d have never considered before – because they’d likely be so unproductive, at least at first. It’s also entirely possible that this development will yield big long-term benefits for the entire economy. And if it’s true, this thesis would be terrific news for those new workers at first.

But such fine points are even more likely to be ignored or downplayed during an election year than they are normally. Which means that without major progress in the months ahead, Mr. Trump had better hope that his Democratic rivals ignore the details of the wage figures as thoroughly as the media typically do.