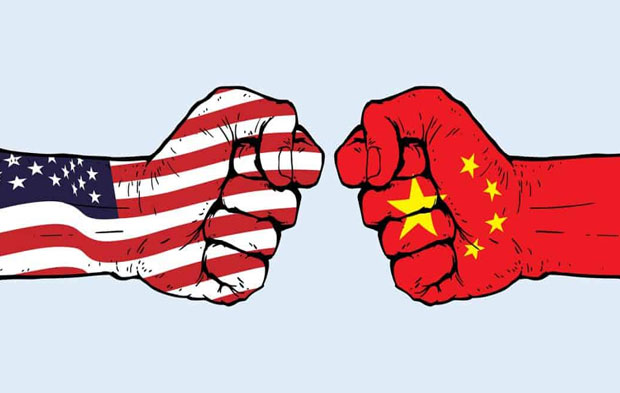 President Trump is doing his best to free up China’s markets for foreign companies and industries. He wants China to buy more John Deere tractors, Boeing 737s, Ford cars, and Micron semiconductors and is threatening another round of tariff increases in March if China continues its defiant stance. I commend Trump’s efforts, but I think his chances of success are slim to none that China will allow fair play in its domestic market.

You see, all this saber rattling won’t change China’s economic agenda. Threats like these have never worked and never will. In fact, Trump’s rhetoric only strengthens China’s drive toward their vision of becoming an economic power with little foreign influence. Moreover, China’s two most important industrial initiatives – One Belt One Road and Made in 2025 – are designed to make it the supreme superpower by 2025, and China certainly won’t let some tariffs interfere with that.

Only China will decide when China will open its borders to foreign players. In fact, China follows a pretty good rule of thumb on how, when, and why it will allow foreign companies or specific industries and technologies into its markets. China’s involvement with Western companies goes through three distinct stages – and as a foreign company, it’s important you understand which stage you’re in so you, unlike Trump, won’t get played.

Let’s take a look at each stage and some of the industries in each.

All industries in China started out in the Infant Stage. During this period, the Chinese have little or no knowledge about an industry or product. They desperately seek a foreign partner to educate and train their engineers and workers to make the products and technologies – or better yet to develop homegrown versions. In exchange for the knowledge, the Chinese promise an unabated market of 1.4 billion consumers with little or no competition.

In the 1980s, for example, China sought help from Bombardier and Hitachi for high-speed rail and Volkswagen for automobiles. These foreign companies formed similar joint ventures (JV) but with vastly different outcomes: Bombardier and Hitachi’s technologies were unceremoniously replaced by their Chinese JV partner’s, while the Volkswagen partnership still remains a viable player in China’s auto market. Today, China looks for foreign partners in industries like artificial intelligence, robotics, film entertainment and bioengineering. 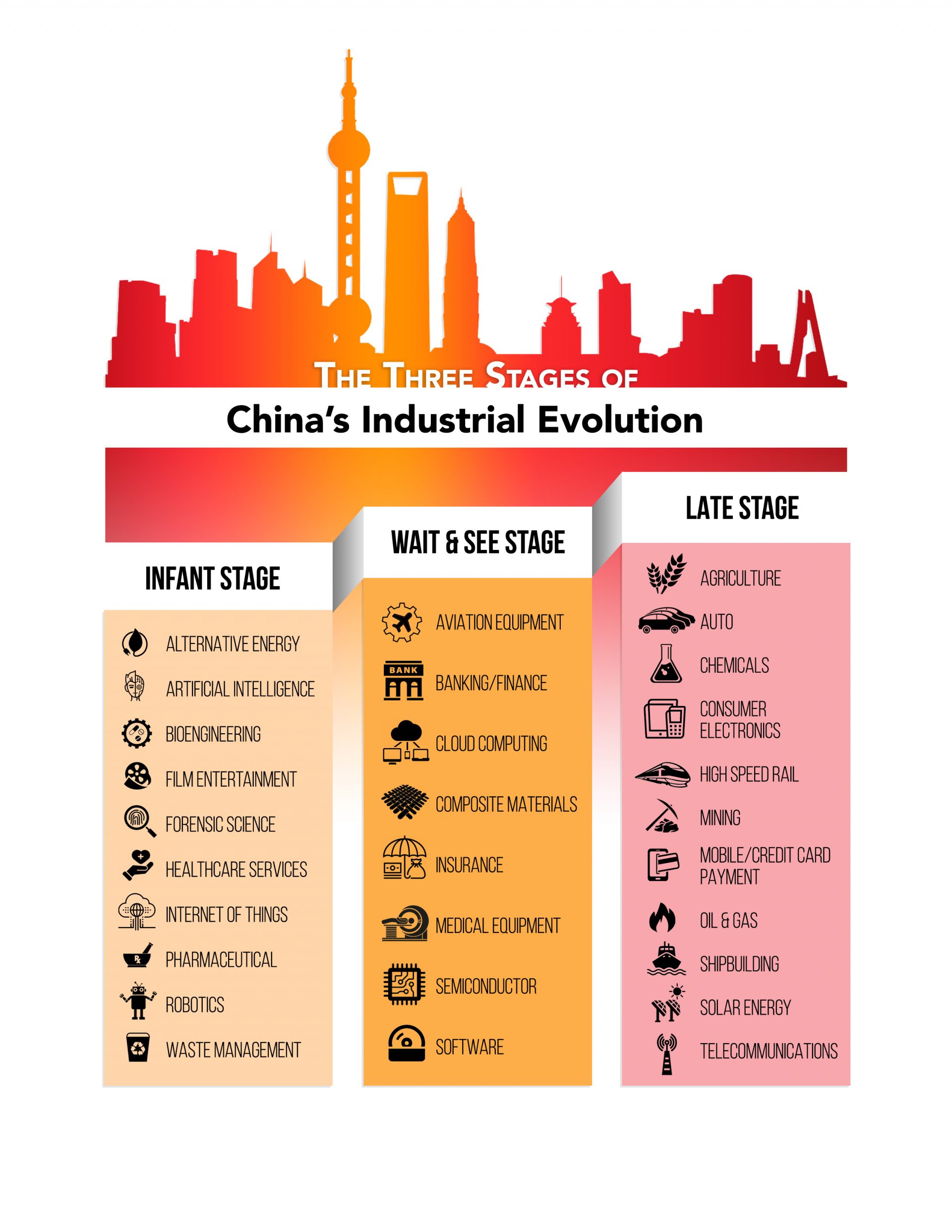 Currently, China’s waste management problems are so severe that the government is willing to bypass the Infant Stage routine of forming JVs and is either buying solutions directly from offshore providers or simply acquiring foreign companies. Investment funds are popping up left and right in Shanghai and Beijing with the sole purpose to acquire Western-management technologies. They’re literally on a buying spree for sludge and kitchen waste solutions, and pharmaceutical waste removal technologies.

After 4–8 years in the Infant Stage, the Chinese JV partner graduates to the Wait and See Stage. They’ve witnessed the making of new technologies and, more importantly, acquired the know-how to develop and apply the technologies for consumer use. Now, at this stage, the Chinese JV partner is ready to sell the jointly-developed product or service, unfortunately sometimes without their original partner.

This is the most precarious stage for the foreign JV partner. Will the partnership be dissolved, will the intellectual property be stolen, are domestic competitors coming in, can we still find success in China? Unfortunately, you, the foreign company, have no say in your future. Your partner, the central government, or the local municipal communist party will ultimately decide your fate.

Your outcome depends on your future usability. Some partners, because of short product lifecycles – software, composite materials, the internet of things – continue to spin off new technologies so they can continue to prosper in China. Other companies like SAIC Volkswagen, Ford China, Microsoft, and Sony offer worldwide brand recognition in China, so expect these China JVs to exist for a long time.

As the name implies, Late Stage industries are mature and well established. The companies and brands associated with Late Stage industries are either staples with the Chinese consumer, or they garner monopoly-like power in China. They are so big and powerful that they don’t fear the entrance of foreign brands. In fact, they welcome it as an opportunity to learn from its international competitors.

China’s credit card and mobile payments business typifies a Late Stage industry. According to the McKinsey Global Institute, China today handles more than 40% of the value of the world’s e-payment transactions. That’s an astonishing $12.8 trillion in transactions in 2017, compared to the US at only about $50 billion.

China UnionPay accounts for over 90% of the credit cards issued in China, while AliPay and WeChat Pay monopolize the China mobile payment market. The three players are so dominant that the CBIRC (China Banking Insurance Regulatory Commission) may allow American Express, MasterCard, Visa and other foreign mobile payment operators to enter China as either a 100% foreign-owned business or a majority-owned JV. This move would be unprecedented and shows that China will, when it’s ready, allow foreign companies to operate relatively freely in its domestic market.

China just informed the US that it will lower tariffs on US auto imports from 40 to 15%. On the surface, this appears as to be a generous gesture and a sign that China is willing to compromise. Not really. China’s auto market is another Late Stage industry: littered with both foreign brands (all JV companies) and domestic ones (Geely, Brillance Automotive, Guangzhou Automotive Group, Great Wall, BYD and Chery just to name a few). Even with lower tariffs, it’ll be tough-going for imports to compete in a mature, over-saturated, consumer-savvy market.

For any foreign company doing business in China, it’s vital to understand where its industry stands in China’s industrial lifecycle. This will help explain why the Chinese want to work with you and for how long. As much as Trump wants to think he can persuade or force the Chinese to allow foreign companies more access to its markets, he can’t – I’ve seen these different stages in operation for over 20 years.

In fact, Xi may prefer to fight a trade war, driving China into recession, than give in to Trump’s free market demands. As I’ve written many times, China is tricky to enter and is risky – both politically and economically – but if done right, the rewards are there at the end of the trek.

About the Author:
Stanley Chao is managing director of All In Consulting (allinconsult.com), a Los Angeles-based consulting firm that assists companies in their China business development. He is also the author of “Selling to China: A Guide for Small- and Medium-Sized Businesses,” which has recently been fully revised and updated.