As we approach another tax season, Trump’s tax reform has always been a hot topic. In 2017, U.S. President Trump signed the Tax Cuts and Jobs Act which basically reduces individual tax rates, eliminates personal exemption, and increases the standard deduction. But what does all of these mean and how does it impact you, me, and every U.S. citizen? How does it also impact businesses and corporations?

So how do these said changes affect taxpayers, businesses, and the country as a whole?

A major change from the tax reform is the doubling of the standard deduction, which suggests that more and more taxpayers will choose it over other tax preparation means. The standard deduction is the dollar amount that reduces an individual’s taxable income. The amount is based on a person’s filing status and is reduced from the adjusted gross income (AGI). This means that every household will have an increase in their spending power. The standard deduction is the easiest way to file taxes and there are personal loans online for tax coverage available to those who are short in funds.

Before, people can deduct their income, property, and sales from their federal returns. With the recent changes, taxpayers can deduct up to $10,000 in both their local and state taxes. They have to choose between property, sales and income taxes, which could have a negative impact in high-tax states such as New Jersey, New York, and California.

Because of the higher standard deduction for families (up to $24,000), every household can greatly save money from their taxes. Add the higher child tax credits (from $1,000 to $2,000). Even parents who don’t have enough income to pay their taxes can claim as much as $1,400 on child tax credits. The money saved can be used to pay their kids’ tuition fees (private and K-12 schools), even those whose children are homeschooled. Furthermore, there’s $500 credit for non-child dependent which specifically benefits individuals and households caring for elderly parents.

There are several reasons why many people think that the recent tax reform benefits wealthy people the most. First, the top tax rate decreased from 39.6% to 37%. This can go down even further if they belong to the group of business owners who qualify to the 20% pass-through break (exceptions include those within the healthcare, accounting, law, and other professional fields). And if they are corporate stockholders, they also benefit from the reduction of the corporate tax rates. Nevertheless, the new tax law will also benefit small business owners and independent contractors as they can take a full break without restrictions if their income is lower than $157,500, or $315,000 (for married couples). Ultimately, all the positive implications of the tax reform to the business sector will result in the boost in wages, with an average pay increase amounting to $4,000.

There’s the not-so-good impact on the economy.

By 2026, the exemption reverts to pre-Act levels except for corporate taxes. Experts also see some problems with the tax cuts. One is that as households receive higher deductions, there is an expected increase in consumer spending. They also see budget deficit, which rose from 3.4% in 2017 to 4% in 2018.

The Tax Cuts and Jobs Act, which is by far the biggest overhaul in the US tax history for over three decades, was created to aid the administration’s goal of boosting the economy. The reform primarily benefits individual taxpayers (through tax deductions) and businesses (tax rate reductions). It’s also expected to positively impact middle-class families, particularly those with children and dependents. However, Trump’s Tax policies are not without any flaws. Economists are still in doubt as to the long-term effects of tax cuts in the US economy, let alone its sustainability. It’s also too early to tell if the tax law overhaul will be successful as there is not enough data yet to support the government’s claims. 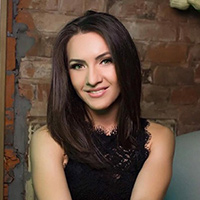 About Lidia Staron
Lidia Staron is a part of Content and Marketing team at AutoTitleLoans.com. She contributes articles about the role of finance in the strategic-planning and decision-making process. lidia.staron@tinybudgetlife.com