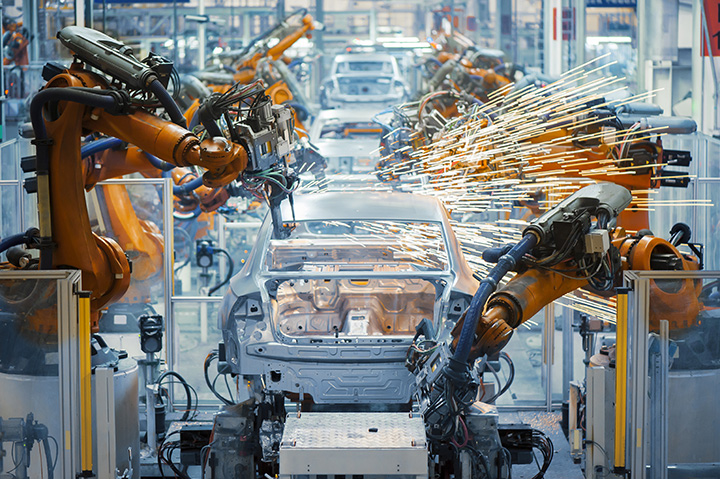 The new Federal Reserve industrial production figures are now out, and although they only bring the story up through February, they contain two vital messages: First, taking into account ongoing safety problems with aerospace giant Boeing (and its vast domestic supply chain), they’re very solid – and reinforce the case that the pre-China Virus manufacturing and overall U.S. economies were faring well despite widespread slowdown fears. Second, they also show that, despite the equally widespread tariff alarmism being mongered throughout the Trump years, domestic manufacturing wound up handling the so-called trade wars just fine.

According to the Fed, inflation-adjusted manufacturing output increased by 0.12 percent month-to-month and remained down on a year-on-year basis (by 0.18 percent). January’s monthly constant dollar production dip was revised down from 0.09 percent to 0.23 percent. Yet this real output is up on net by 1.33 percent since its last low point (last October) and by 0.36 percent since the first full month of significant Trump tariffs (April, 2018).

At the same time, these production levels remain 1.28 percent below those of manufacturing’s last peak – in December, 2018. So these are by no means salad days for domestic industry.

Take a look, however, at the main Boeing-related figures. Aircraft production and parts sank by 5.12 percent sequentially in February. It reached its lowest level since October, 2011 and this drop followed January’s 11.36 percent monthly nosedive.

Moreover, although impossible from the Fed figures to quantify precisely, the production halt of Boeing’s popular 737 Max model that began in January is clearly dragging down output in sectors ranging from metals to industrial machinery to plastics to electronics and instruments.

The rapid recent spread of the coronavirus throughout the United States will start generating very different and much worse manufacturing production and other data going forward. But these latest data show domestic industry’s performance even as tariffs on literally hundreds of billions of dollars worth of tariff on Chinese and metals inputs used by manufacturers remained firmly in place. And if that doesn’t signal loud and clear that both American producers and consumers were withstanding the Trump trade wars – a New Normal that’s likely to survive the passing of COVID 19 – quite nicely, and in fact that the entire economy had been winning it, what could?