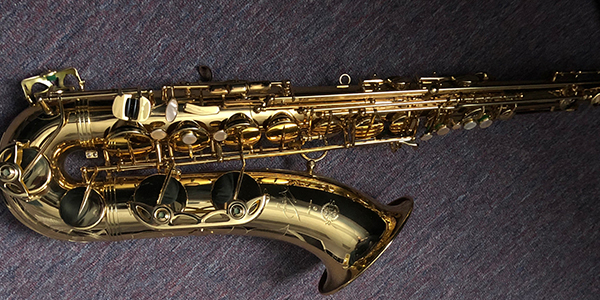 The making of musical instruments may be important to the people at Selmer Company, the manufacturer of the famous Selmer saxophones, Bach trumpets and Ludwig drums (as well as a host of other instruments). But it is not the sole function of its operation.
Equal to the manufacture of superior instruments is the desire to instill an appreciation of music — as well as to ensure that players can adapt themselves to the instruments. Selmer has fine-tuned its operation through a holistic program combining education, music appreciation and manufacturing excellence. Because of this effort, names such as Selmer and Bach have become analogous to fine craftsmanship the world over.

Selmer joined forces with Steinway & Sons in 1995 under the Steinway Musical Instruments name. The company believes in infusing an appreciation of musical instruments, particularly in youngsters — a concept that goes hand in hand with its desire to make sure that they can adapt their young minds, as well as bodies, to the instrument of their choice. It is this philosophy by which Selmer President Tom Burzycki guides the company. From his office in Indiana, Burzycki oversees the manufacture of 200,000 musical instruments a year. But he also urges Selmer’s multitude of educators and musicians to instill a love of the arts in the people who eventually will buy the company’s products.

Making Young Maestros
Selmer’s primary target, Burzycki explains, is school-age children and their instrumental instructors. These customers not only are facing the school budget restraints that often curtail music programs, but an abundance of other activities, sports included, that compete for students’ attention.

“The school market is defined by demographics,” says Burzycki. He adds that about one in 10 children gets involved in some form of participatory music by the time he or she reaches age 10. Several studies, he says, have revealed that an applied art such as playing a musical instrument aids in the development of various skills, such as spatial reasoning and math aptitude. “Music teaches discipline,” Burzycki says. “It enriches you intellectually, and it plants incredible seeds for the future.” Instrumental music, he adds, is one of only a few so-called “social classes” that exist in school. Children who join orchestras are bonded by a common interest, Burzycki notes. No matter what age or grade, seniors as well as freshmen can interact through music and connect on the same level. “Getting them into music and keeping them involved is what we work very hard on,” he says.

Bringing children into music means marketing a product that both produces the sound they want and enables easy play. “Selmer is dedicated to educating children,” Burzycki explains. That is why the legion of professional musicians and educators employed through Selmer visit schools throughout the country through networks of retailers whose main goal is to keep kids interested in the applied arts. Selmer brings motivational speakers into schools, holds workshops for parents and even operates Selmer University for beginning school music educators. “We’re not here to do a hard sell,” Burzycki says. “We’re here to teach them.”

One of the key elements in manufacturing musical instruments for children, he explains, is to remember that small bodies need small instruments. “They need an instrument that can help them express themselves without limiting their ability,” Burzycki says. “What we do is take the physical inequities away from being able to play an instrument.” With that in mind, Selmer markets a variety of instruments such as a line of student-sized clarinets with smaller hands in mind, as well as a new three-quarter-size bass that complements already-existing lines of student-sized violins and cellos.

While smaller-size instruments have been manufactured for years to cater to the young musician, Burzycki notes that musical instruments as a whole have undergone some modifications in their history. “All instruments have been refined through the years,” says Burzycki. Such developments include alterations that have adapted them for new technology such as wiring and amplification. Yet the instruments themselves have changed little; consider that the trumpet and the flute have each been in existence for about 400 years, and the saxophone has been around for 155 years. “As long as literature remains relatively constant and people still want to hear Beethoven, the demand will not be for a new product but for a refined product,” says Burzycki.

Young musicians aside, Selmer also is dedicated to helping the recreational player as well as the professional. Burzycki himself plays keyboards and horn. Selmer also is involved in an organization called New Horizons, a band aimed toward attracting retirement-age people who also can be enlisted as musical advocates for the young.

A Symphony of Tradition
Marketing and producing the world’s best-known instruments is an endeavor that has engrossed the Selmer family since the company’s origins in 18th century France. The name then was spelled Zelmer, but it was family member Jean-Jacques, a drum major in the French army, who changed the Z to an S. A son of Jean-Jacques’, Charles-Frederic, bore two sons who graduated from the Paris Conservatory of Music as accomplished clarinetists. Henri went on to perform with the famed Garde Republicaine band and the Opera Comique. By the 1900s, Henri had opened shop in Paris to meet the demand for his handmade reeds and mouthpieces. Soon he was manufacturing the entire clarinet. His brother Alexandre, meanwhile, served as principal clarinetist with the Boston and Cincinnati symphony orchestras, as well as the New York Philharmonic Orchestra.

The Selmer family gradually increased the company’s line of musical instruments through the years to include oboes and bassoons. Its first saxophone was introduced in 1921, and the line later grew to include trumpets and trombones. A theater student of Alexandre Selmer, George Bundy, eventually received distribution rights to the family’s business, and it was Bundy who added flutes to the line. By that time, the Selmer family had opened shop in New York City. But in order to expand the manufacturing operation, Bundy moved the business to Elkhart, Ind. Selmer flourished from the 1940s on, eventually purchasing several companies that produced instruments of worldwide fame. The company then capitalized on the growing band instrument industry of the 1960s and 1970s, when baby boomers entered school music programs throughout the country. This development enabled Selmer to reinforce its position as a leader in the manufacture of student band instruments.

Today, Selmer operates out of two facilities in Elkhart, as well as plants in Ohio, North Carolina and Illinois. Its manufacturing space now totals more than 480,000 square feet, and the company is well poised to bring its musical expertise to educators and musicians around the world. U.S. customers now account for 85 percent of Selmer’s sales. The company is currently is setting its sights on the European market, where musical aptitude is honed in a conservatory rather than in a school. “Right now, we produce a very high-end product for the European market,” Burzycki says, “We feel there’s great opportunity to bring in a beginning line.”

But the company’s primary mission always will be music education and appreciation, he states. “Very few people run out to buy a trombone and say, ‘You know, I just had it in me,’” Burzycki says. “The trombone makes a terrible table arrangement and there’s no place to leave it.” In other words, people have to learn an appreciation for the instrument. And as long as Selmer is doing the teaching, it appears there will be a multitude of talent playing Selmer-made instruments.