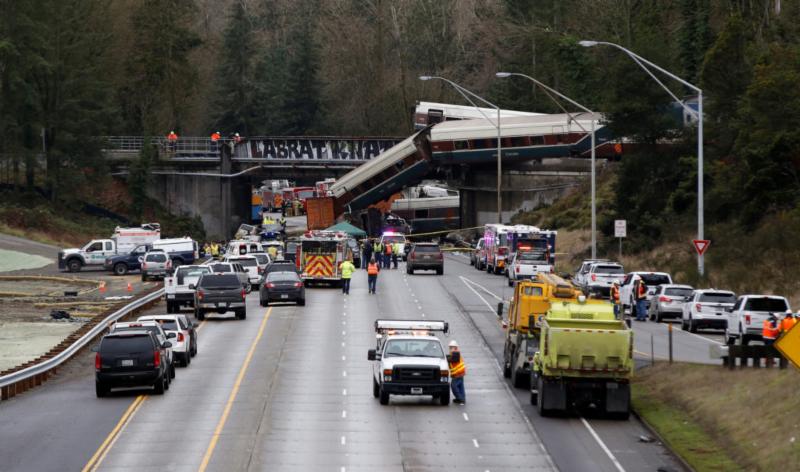 A White House meeting with Donald Trump and Nancy Pelosi made headlines a couple of weeks ago when the two agreed to make progress on a two-trillion dollar infrastructure program. But they haven’t agreed on how to pay for such a package—and without that, America’s infrastructure will continue its downhill slide.

The country’s infrastructure is undisputedly in a state of disrepair. A recent report from the American Road & Transportation Builders Association found that 47,000 bridges are structurally deficient. Nearly two-third of those have been deficient since at least 2014.

Jamie Dimon, CEO of JPMorgan Chase, in his recent annual letter to shareholders, bemoaned the fact that “it now can take a decade to simply get the permits to build a bridge.” He pointed to Germany and Canada—arguably more environmentally woke that the U.S.—where large infrastructure projects are sped through permitting by forcing federal, state, and local officials to work simultaneously on a single vetting process.

According to infrastructure expert Philip K. Howard, a “political deal is obvious.” As he wrote in a recent op-ed in the New York Post, “Democrats should agree to streamline permitting as long as Republicans provide adequate funding.”

Republicans and Democrats agree that infrastructure improvements are critical to the continuing health of the U.S. economy. Manufacturers, no less than others, know a crumbling infrastructure jeopardizes everything from timely receiving materials to the expeditious delivery of products. The problem is that the two sides have very different views on how to pay for the buildout.

Early in the Trump administration, Congressional Democrats introduced a $1 trillion infrastructure plan that would have provided $210 billion to repair roads and bridges; $110 billion for water and sewer systems; $180 billion to replace and expand rail and bus systems; $200 billion for surface transportation; and $70 billion to modernize ports, airports, and waterways, with the remainder going towards energy projects, broadband internet access, and improving schools and veterans healthcare facilities. It was never clear how the Democrats would have paid for these programs.

Later, the Trump administration plan issued a $1.5 trillion plan that would have placed the federal spending share for most projects at 20 percent, much lower than the 50 to 90 percent the federal government has contributed over the last 60 years. That meant that states and localities would have had to shoulder a greater share of the burden with higher user fees and taxes. Neither infrastructure plan went anywhere.

The Congressional Problem Solvers Caucus, in a report released last year, recognized the need for Congress “to provide stable long-term sustainable funding for infrastructure.” That would take several forms, including an increase in the federal gasoline tax—euphemistically called the “gasoline user fee”—and spending more of the Harbor Maintenance Tax—a .125 percent tax assessed on the value of imported cargo—on actual harbor maintenance instead of diverting it elsewhere.

Increasing the federal gasoline tax, seemingly a rational solution to some of the nation’s infrastructure woes, enjoys a growing consensus, gaining support even from the U.S. Chamber of Commerce. Trump was reportedly in favor of such a hike, although he has not said so publicly, and did not mention a tax increase in his infrastructure proposal.

But increasing the gas tax has its problems: it couldn’t raise more than a fraction of the funds required and it faces stiff political opposition. The Tax Foundation estimates that raising the tax to 50 cents a gallon would generate only $306 billion over a decade. The 18.4 cents per-gallon gas tax—the lowest in the developed world—has not been increased since 1993.

Some Democrats oppose an increase to the gas tax as regressive, since it hits lower-income Americans harder than others. Republicans have hinted they might support an increase if the president stated publicly that he would go for it. The odds of that happening plummeted a few days ago when the president tweeted that California’s fuel tax “is causing big problems on pricing for that state” and “speak to your governor about reducing.”

Infrastructure has often been described as a bipartisan issue. Yet how to pay for it has no bipartisan consensus, and there lies the rub. Without an agreement on how to pay for rebuilding America’s infrastructure, a program for the second half of Trump’s term is no more viable than the stillborn proposals that emerged in the first half.