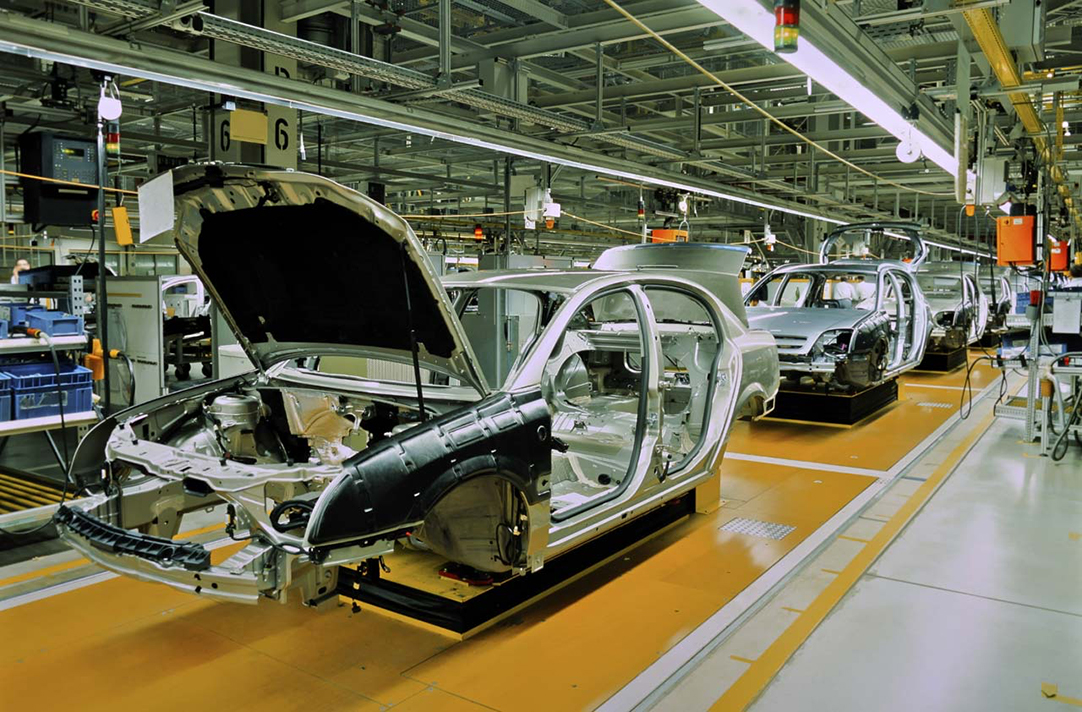 The coronavirus-induced recession and possibly worse that’s struck the economy may or may not be coming to an end, but for its first two months, two manufacturing-related conclusions come through loud and clear.

First, employment in the economy overall has cratered, but payrolls in domestic industry have held up conspicuously well – and when it comes to some major industries, remarkably well. Second, manufacturing’s jobs weaknesses so far have been heavily concentrated in the automotive sector – meaning that so far, anyway they generally haven’t leaked over into most of the industries that supply vehicle and parts sectors.

That shocker of a U.S. jobs report that came out last Friday – which preliminarily took the story up through May – shows unmistakably the relative employment strength displayed by manufacturers during the first two months of the virus-generated downturn. Chiefly, during April and May, the American private sector overall shed 16.630 million positions, or 12.96 percent of its March total. Manufacturing lost 1.099 million jobs during this period, but this decrease represented only 8.58 percent of its March employment. Another sign of manufacturing’s resilience – in March, when the slump began, industry’s employment accounted for 9.98 percent of the private sector total. Yet its job losses through May were only 6.61 percent of those suffered by the private sector.

As for automotive’s role, in March, vehicle and parts makers combined employed 7.76 percent of all U.S. manufacturing workers. But over the next two months, they proceeded to lay off fully 30.16 percent of these employees who lost jobs. In fact, no less than one in three automotive workers became unemployed during this period.

Although automotive’s 33.36 percent employment crash dominated its numbers between March and May, several other durable goods industries have taken major job hits as well. Furniture was the next worst jobs loser in that super-sector during those two months, with employment falling by 14.33 percent, and primary metals jobs fell by 10.43 percent. Also noteworthy – payrolls plunged between March and May by 9.65 percent in the miscellaneous manufacturing sector, which includes much of America’s non-pharmaceutical healthcare goods production.

But non-durables payrolls didn’t uniformly escape unscathed jobs-wise, either. The worst results came from apparel (with employment off by 26.49 percent), the catch-all “other manufacturing” category (jobs down by 15.25 percent), printing (14.45 percent), and textiles (13.13 percent).

At the same time, several major durables and non-durables industries have emerged as clear employment winners to date during the virus contraction. Job losses during April and May combined came to only 1.46 percent in computers and electronics products, and 1.87 percent in chemicals. Paper turned in an impressive performance as well, laying off only 2.37 percent of its workers, and, less surprisingly, food and beverage employment dropped by just 4.18 percent. Other stalwarts included the two big durables sectors: fabricated metals products (where employment fell by 5.76 percent in April and May) and industrial machinery (5.57 percent).

Since manufacturing’s virus-spurred jobs losses trailed those of the private sector overall, it’s neither unexpected nor discouraging that its bounceback in May (when it regained 225,000, or 1.69 percent of the 1.324 million positions lost in April) also trailed the private sector (which in May regained 3.094 million, or 15.69 percent, of the 19.724 million jobs it lost the month before).

No individual manufacturing industries have yet showed any signs of a V-shaped jobs recovery, either. In fact, of the eighteen major manufacturing sectors tracked by the Labor Department in the monthly jobs reports, only five saw jobs monthly gains in May that even came close in percentage terms to their jobs losses in April – non-metallic mineral products, miscellaneous manufacturing, textiles, apparel, and plastics and rubber products. And of course, even these rebounds still leave them well behind their March eight balls. As for automotive, its 36.15 percent jobs nosedive in April was followed by a recovery of only 4.37 percent.

The unique, intertwined medical and global nature of the virus-generated slump greatly complicates efforts to forecast where U.S. manufacturing employment goes from here. On the medical front, visibility concerning a possible second virus wave seems to become cloudier with every new advisory from the World Health Organization, and by ongoing uncertainties about when – and if – a vaccine will be developed. These health-related unknowns in turn will surely keep governments all around the world struggling to map out safe enough economic reopening strategies that will profoundly impact global demand for manufactured goods, and restarts of domestic U.S. manufacturers’ foreign rivals. As much fortitude as most of American industry has demonstrated so far, it may require even more in the months ahead.