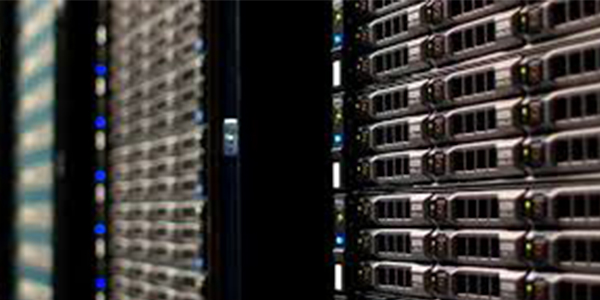 The company is far from alone in considering India a burgeoning manufacturing power. No less an authority than the U.S. State Department has noted that India has boosted its overall economic growth rate thanks to both government and private-company investment in manufacturing. In its Country Commercial Guide on India, the State Department identifies telecommunications and power equipment as one of the nation’s 15 top economic growth sectors, both now and over the long term.

Cortech Systems’ headquarters are in Simi Valley, Calif., in a location that also includes a state-of-the-art design and engineering laboratory and a just-in-time-oriented warehouse. The latter includes facilities for both custom contract manufacturing and RMA repair.

Golden Opportunities
The company dates back to 1984, when it was founded under the name Golden Systems. Its initial product line encompassed power-supply products for personal computers. About four years ago, Cortech expanded into a new category, open-frame power supplies. The launch garnered a whole new customer base for the company: telecommunications equipment manufacturers. That increased business led to strong growth for Cortech Systems; according to information supplied by the company, its annual revenues are from $250 million to $300 million.

Open-frame products continue to be a major focus for Cortech Systems, as can be seen from a look at its current product line. The company offers the CSS and DSS series, both U-channel-packaged switchers. Both of these series represent the state of the art in U-channel power supplies, and are suitable for high-system enclosures. The CSS series are AC/DC switchers, while the DSS series (available in a 150-watt version) are DC/DC switchers. Both lines were developed for mixed-logic applications, and both deliver power with a high level of efficiency. Both series also come in single-, dual-, triple- and quad-output versions, and both offer models with outputs ranging from 1.8 volts to 48 volts.

Other Cortech Systems products in the open-frame category include the GPS 65, the HPS 85, the LSS 50, the LSS 60/70 and the SPS 50. These and the CSS and DSS series include features that make them adaptable to any power-supply need for applications such as computer peripherals, data communications and networking systems.

Providing the Juice
While Cortech Systems has clearly made a strong statement in open-frame products, the company also maintains a powerful product line in the closed-frame power-delivery category. Among these are the CSC family, which includes the CSC 15 wall-mount adapter, which was developed for stand-alone computer peripherals such as hard drives and battery chargers, and which delivers 15 watts of high-efficiency power.

The CSC 200 is a five-output switching power supply designed for personal computer systems. It supplies 200 watts and offers both overload and overvoltage protection features. The unit provides a variable fan speed depending on the system load and ambient temperature; and standard or customized secondary output connectors.

Cortech Systems’ AC/DC adapter delivers 50 watts and was specially developed for thermal printers and other computer peripheral systems. It features an optional on-off switch and is capable of delivering a high peak current. The company’s desktop AC/DC adapter delivers 14 watts in high-power density, through a dual output. As in the 50-watt adapter, the desktop adapter was developed specially for hard drives and computer peripheral systems.

The outsourcing trend continues to pick up speed in the manufacturing market, and Cortech Systems is in a uniquely advantageous position to ride that trend to future growth. OEMs in nearly every product category will rely on specialized manufacturers to produce some, and in some cases all, of the components in their products. The OEMs will concentrate increasingly on marketing their brands, and they will require outsource manufacturers that can deliver quality components and assemblies on a consistent basis, to protect what those brands stand for. That’s where manufacturers like Cortech Systems come in; Cortech Systems has built an unshakeable reputation for quality from the day it first opened for business.

The company regards electronics, telecommunications, wireless products, fiber-optic products, DSL, storage systems and networks as the most promising areas for its future growth. All of these industries can call upon a strong, reliable, vertically integrated outsource partner in the form of Cortech Systems.