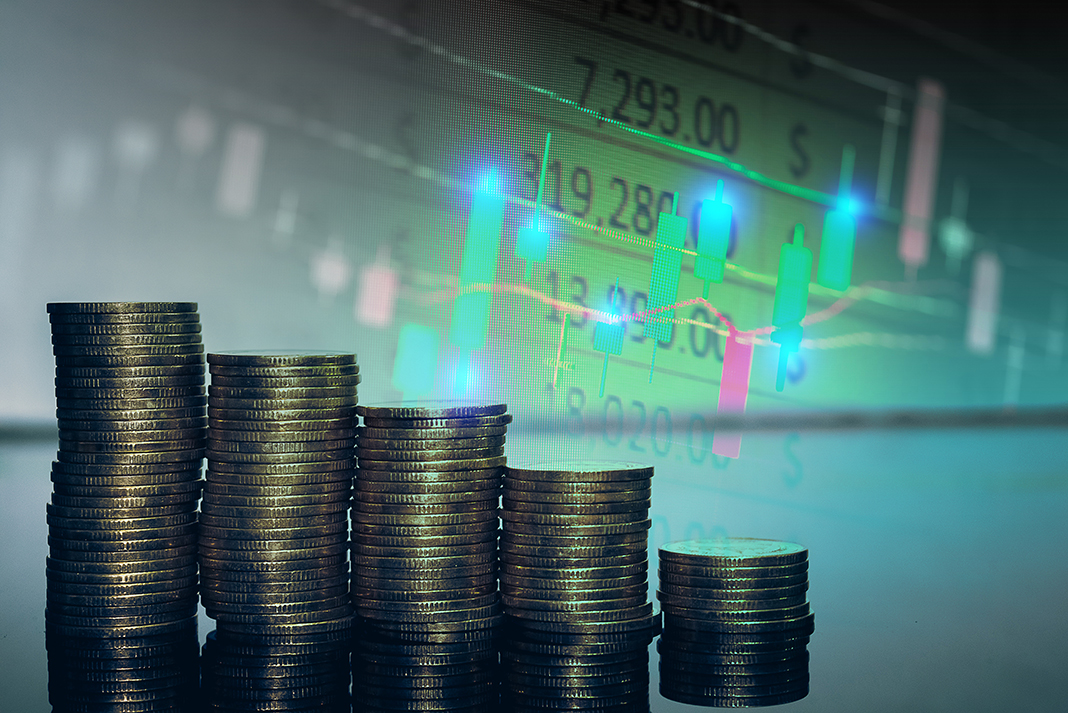 Reports keep abounding that U.S. businesses can’t find enough workers to match their needs amid an ongoing rapid reopening of the economy from its lockdowns-induced slump, and that companies are therefore being forced to attract employees with ever higher – and even alarmingly higher – pay offers. And manufacturing has been no exception.

All of that makes perfect sense except for one critical detail: The official U.S. wage figures show precious few signs of soaring wages whatever. In fact, when you adjust for the inflation that has been recorded in Washington’s statistics, you see that workers’ hourly pay generally keeps falling behind, not racing ahead, of rising prices in the economy.

First let’s look at the pre-inflation figures for the entire economy (except for government, where pay levels mainly reflect politicians’ choices, not economic fundamentals).

When it comes to the entire private sector, hourly earnings in April (the latest figures available, which are still preliminary) grew by 0.33 percent year-on-year. That result, though, is somewhat misleading, since the previous April’s level was artificially high. That month, remember, was the depth of the CCP Virus-induced recession, and companies were largely laying off their least experienced (and cheapest) staffers. So the wage number for retained workers rose (and strongly) simply because their pay levels remained relatively lofty, and they accounted for a much bigger percentage of employment. Therefore, perhaps that misleadingly high April, 2020 figure was the main reason that the 2020-2021 improvement is misleadingly low?

But maybe the biggest wage inflation only began this calendar year – when overall inflationary pressures have arguably become visible?  Between January and April, current dollar hourly wages for the entire U.S. private sector did climb by 0.84 percent, and that advance was more than twice as fast as the April year-on-year change. Moreover, this 2021 wage growth was faster than that for “normal” January-April, 2019 (0.76 percent). Indeed, it was the fastest since 2008, another recessionary year when layoffs heavily concentrated among the least experienced, lowest-paid employees rendered the 0.90 percent result artificially high.

But aside from 2008, the January-April increase wasn’t that much higher than that seen in many recent years. For example, the January-April result for “normal” 2019 was 0.76 percent. For 2018, it was 0.71 percent. Just as important – does anyone think that those years, or any time lately, has been a golden age of wage increases?

There’s another possibility to consider: that strong wage inflation has taken place only among the production and other non-management workers, who both tend to be the lowest-paid and who in principle therefore are likeliest to be kept out of the job market by unusually generous unemployment benefits.

Average hourly earnings before inflation for this group have actually risen much more strongly year-on-year in April than for the overall workforce – by 1.15 percent versus 0.33 percent. And this 2020-2021 result, as with wages for the entire workforce, does seem to have been artificially depressed by the equally artificially high (7.84 percent!) figure for 2019-2020.

But historically, the 2020-21 wage increase not only looks anything but exceptional. It’s positively pitiful – by far the weakest April-April rise on record. Just to compare, from April to April in “normal” 2019 and 2018, current dollar wages for these “blue collar” workers were up 3.46 percent and 2.83 percent, respectively.

Are the trends much different for January-April periods – which in principle should reveal whether wage inflation has waited till this calendar year to take off? For 2020 so far, pre-inflation blue collar hourly pay has improved by 1.23 percent – more than the 0.84 percent increase for all private sector workers.

That’s much slower than the comparable 5.36 percent jump last year, but we agree that last year was weird. The 2021 results are faster than those of normal 2019 (0.91 percent), but the gap doesn’t seem gargantuan to me. At the same time, current dollar January-April pay increases of one percent or greater for blue collar workers have been experienced five times since 1998, and before then, you need to go back to the late-1980s for a period when they were routine.

So describing the January-April, 2021 results as wage inflation-y could be justified. But that’s a far cry from reasonably concluding that this inflation will have much in the way of legs, since the economy, as widely noted, has never seen this kind of sudden stop-start transition in peacetime.

There’s another set of numbers, though, that needs to be examined to put the wage inflation issue in full perspective – recent wage changes after taking into account inflation across the entire economy. And in these real terms, hourly pay has actually been going down lately.

That’s true for all private sector workers between last April and this past April (down 3.66 percent).

It’s true for these workers between January and April of this year (down 0.88 percent).

It’s true for private sector blue collar workers between last April and this past April (down 3.37 percent).

And it’s true for these workers between January and April of this year (-0.71 percent).

Moreover, the “2020 effect” caused by that year’s artificially high baseline doesn’t seem to account fully for this wage deterioration. It’s definitely been apparent for all private workers (for whom average real wages soared by 7.81 percent between 2019 and 2020), and for private sector blue collar workers (whose inflation-adjusted average hourly pay surged by 7.68 percent).

In addition, since 2006, (when real wages for the whole private sector workforce began to be tracked), these wages have fallen on an April-April basis five other times. But they’ve never fallen by remotely as much as in 2021. And this year, employers are supposed to be desperate for workers. Much the same holds for private sector blue collar workers during this period.

Looking at the January-April periods, the 2021 decrease of 0.88 percent for all private sector workers is the second biggest since 2006 (trailing only 2011’s 0.97 percent). Further, this four-month stretch has only seen one other instance of constant dollar wage decrease (2019’s 0.37 percent). And the 2021 result is all the more strange given the strangely strong and sudden nature of the recovery.

When it comes to their blue collar counterparts, 2021’s 0.71 percent drop in after-inflation wages between January and April is also the second biggest since 2006 (trailing only the 1.24 percent fall-off suffered, again, in 2011). Pay declines during this period for these workers has been more frequent than for the private sector overall. (They’ve occurred five times all told before 2021.) Again, however, 2021’s has been puzzlingly steep given the economy’s unusually fast recovery this year and all the labor shortage claims that have resulted.

More convincing signs of out-of-the-ordinary wage inflation can be seen in sectors like construction and leisure and hospitality, especially during the first four months of this year. In the former, which has enjoyed strength in residential housing throughout the pandemic period, pre-inflation wages have increased by 1.24 percent. That’s the most since 2006 (again, the earliest data available) – though not outlandishly so. But after accounting for inflation, real construction wages have dropped by 0.49 percent between January and April of this year.

For blue collar construction workers, pre-inflation wages have improved by 1.75 percent during the first four months of 2021 – another post-2006 high. But even though their real wages have dipped during this period by only 0.17 percent, that’s still a dip.

The leisure and hospitality industries are of course coming out of a disastrous pandemic period, and with Americans now flocking to restaurants and bars and resuming travel, it’s not surprising that January-April current dollar hourly pay has risen by 3.71 percent – far and away a post-2006 record. The post-inflation number is up nicely, too (1.98 percent), and also a performance that’s smashed previous records. So this sector so far is telling a stronger wage inflation story.

Non-supervisory blue collar leisure and hospitality workers have fared even better, with pre-inflation wages zooming up by 5.87 percent between January and April of this year, and real hourly pay better by 3.98 percent.

Wage inflation pressures, however, are notably absent in manufacturing. It’s true that, between this January and April, pre-inflation hourly wages for its employees advanced by 0.96 percent – the best such showing since 2006 outside those years when the Great Recession distorted the numbers. Current dollar pay also rose for blue collar manufacturing workers. Yet the 0.78 percent increase was nothing special by post-2006 standards.

Moreover, the inflation-adjusted figures for both groups are much worse. For the entire manufacturing workforce, real wages dropped by 0.81 percent between January and April. After-inflation wage decline has been typical for these months – other than this year, it’s happened no fewer than seven times since 2006. But those wage decreases have generally been much smaller.
Real wages for blue-collar manufacturing workers have fallen even faster so far this year – by 1.10 percent between January and April. As with the entire manufacturing workforce, such weak performance has been par for the post-2006 course, having happened six times before this year. Again, however, these declines have usually been smaller than 2021’s.

Will healthy pay hikes anywhere in the economy continue? That’s a big, so far unanswerable question especially given that wage figures don’t capture the entire compensation picture. Specifically, they leave out non-wage benefits and all the signing bonuses employers are reportedly offering to lure workers off the sidelines. But with wage and salary income representing more than 80 percent of total employee compensation throughout the economy (including in the public sector), they capture lots of the picture. And the overall message is that, like a famous economy once said about computers being everywhere but in the productivity statistics, wage inflation (and related worker shortage claims) are everywhere but in the wage statistics.