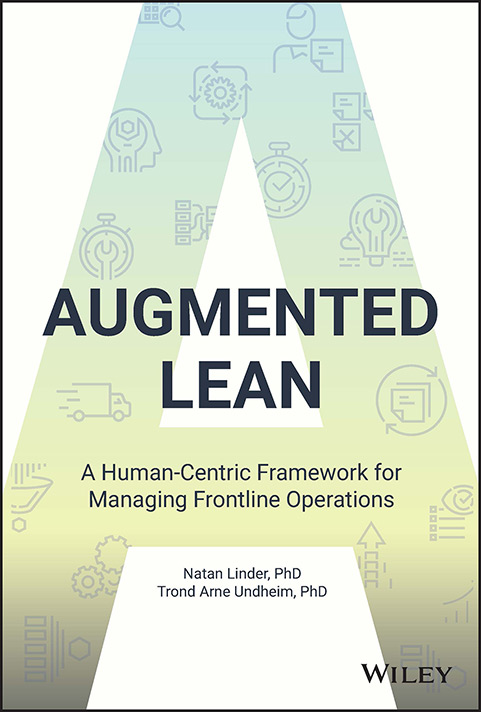 Trond and Natan have prepared an article “What Industries of the Future Might Look Like” which examines the coming Industry 5.0.

Most futurists or industrialists current understanding of the future still leaves a place for factory-based manufacturing, although the factories might look significantly different. At present, many pundits imagine them becoming dispersed and decentralized, although high tech space manufacturing of human replacement organs or advanced computer chips, once we get there, might require scale and concentration for some time due to costs. Also, big surprise, the 24/7, fully automated factory with no humans involved might only come to pass in specialty cases. Why?

Frontline industrial work is specific, but should not be too boxed in. Too often industries-past, present, or future-are described as monolithic entities that evolve as waves, even though the shared challenges of building industries and maintaining an effective workforce, and innovation function, overlap and persist.

If we focus on “Industry 5.0” for a second, the beginning of this era is already manifesting itself through cobots (in addition to robots) and other forms of man–machine systems (including most current forms of AI) that integrate the capabilities of each or complement each other. Most obviously, perhaps, this era has seen the advent of augmented reality (AR) applications and devices that attach to the human worker’s body and add perspective (augment workers), without interfering too much with everyday work practices. For example, if you depend on your eyes to conduct your work which most workers do, it makes no sense to cover your whole field of vision with digital information, no matter how useful it might be.

The industrial use cases of augmented reality technologies have started to accelerate across military and automotive sectors, and into other manufacturing factory floors. Even so, the industrial augmentation that will have the largest impact within this decade is of a much more subdued kind: it consists of industrial software developed to enable frontline industrial workers to do their job better, with more autonomy, and whilst retaining meaning, control, and pride in their work.

When this type of augmentation is completed, we will arguably be left with a certain amount of decentralized production as well as consumption, leading some to assume that remote work might near term become a reality even for frontline industrial workers. It is our view that this will take a long time. For now, we are left with a transitional period where adjusting to a fully digitized workday will entail continued engagement with the physical shopfloor, face-to-face interactions at work, and coordination that blends online and offline work – a hybrid situation where computers, systems, machines, and robots need to blend together to accomplish the tasks at hand. On the bright side, real-time data and analysis is the “new gold” and allows for less control. The control is transformed to data-driven decision-making and thus puts the people who do the work with higher ability to make good decisions, resulting in less of a need for old-school Leadership.

What does this mean for industries of the future? The Sixth Industrial Revolution (22nd Century) would arguably include a battle with ‘singularity”, or the point where AI systems become more advanced than humans in important respects. One does not need to be an AI believer in order to realize the need to prepare our industrial systems for the challenge of more and more advanced decision making systems that might augment but should ideally not replace human judgment.

We are currently only at the beginning of the era of augmentation. It is important to realize that it will take time. Therefore, to reflect on what this will mean when augmentation comes to fruition, and is (potentially) complemented by yet another advancement, is perhaps not possible at this stage, but we have to try. The reason is urgency. It is becoming evident that we don’t have too much time before the degradation of our biosphere will catch up with all of these generations of previous extractive industrialization.

Current advancements in energy generation or energy efficiency are not enough to achieve emission neutrality. Technology is not there to build fully autonomous systems that begin to regenerate the biological ecosystem. While we can make great strides, and should, those are next generation systems that will need another few decades to achieve the kind of systemic impact that this decade’s augmentation can have already. Especially if we are talking about large- scale biological machines that carry out present day industrial tasks. We would then quite likely be near the level of technological prowess where a bounded type of singularity is achieved for multiple key tasks, meaning that artificial intelligence becomes smarter than humans for things such as: factory operations, preparatory decision- making collateral, and even systemic self-repair where robots can carry out their own restoration to factory conditions given that material resources are made available to them.

In our estimation, this next era won’t be happening any time soon. We need step change improvements in an array of fields and synthetic biology needs to be a fully understood innovation platform integrated with materials science, which might take several decades, perhaps more. First, we are likely looking at 20-–50 years, perhaps more, of humans and machines working together and honing each other’s skills in unison. This is why we are writing a book on augmented lean, a paradigm likely to shift our intention to the right challenges. If a pervasive focus on augmented lean does not happen across industry, we would not get to this next paradigm shift even in the next century, that we are fairly certain about. Simultaneously, we have to handle supply chains, which need to be completely reconfigured. Just-in-time was a nice idea but global disruptions, wars, pandemics, and other x-factors now means nearshoring is not only more economically viable, but an imperative fail-safe that needs to be baked into our thinking. For more on this exciting prospect, see Augmented Lean: A Human-Centric Framework for Managing Frontline Operations by Linder and Undheim.

Realistically, even with surprise innovations, as well as significant momentum and joining of forces between public and private investment, singularity, even in some limited form, is the next century’s challenge. That is not to say that we shouldn’t prepare for it, just that other challenges and opportunities that will occur on the way there, such as the near collapse of existing biological systems and an ongoing irreversible reduction in biodiversity, mitigating fallout caused by previous industrial revolutions is what we need to focus on now.

Ultimately, labeling industrial developments, as “revolutions” with a small set of characteristics, can only ever take us so far. Only detailed study of what is going on reveals anything of value. That’s when we see the important overlaps: workforce challenges persist, technologies require operators, managers and stewards, and innovation doesn’t typically happen within an established platform technology, but occurs when entrepreneurial human workers do something unexpected in order to solve a perceived problem or challenge.

The industries of the future might well be based on platforms such as AI, and build on previous accomplishments such as mechanization, mass production, automation, and connectivity. Either way, what happens next is definitely in a big way a continuation of what was previously. On the other hand, innovation is usually also based on elements of novelty. That’s why workers who have autonomy, meaning, and pride in their work are not only more empowered, but also more likely to do something sufficiently different, effective, or new. That’s what would take us to the future of technology and manufacturing. Humanizing technology is at least the safest way to produce the industries of the future that we would want to see. The 24/7, fully automated factory with no humans involved is also less likely to innovate–sorry for the lack of faith in that aspect of AIs of the future.

Parts of this article is excerpted or abridged, with permission, from the forthcoming book by Natan Linder and Trond Arne Undheim, Augmented Lean: A Human-Centric Framework for Managing Frontline Operations, Wiley, 2022.

Natan Linder, PhD, is Co-founder and CEO of the frontline operations platform Tulip, and the Co-founder and Chairman of the Board of Formlabs, a pioneer in professional desktop 3D printing. Trond Arne Undheim is a futurist, venture partner, nonresident Fellow at the Atlantic Council, co-founder of Yegii, and Lead Ecosystem evangelist at Tulip. In addition, he hosts the podcast Augmented. Together they are the authors of Augmented Lean: A Human-Centric Framework for Managing Frontline Operations.