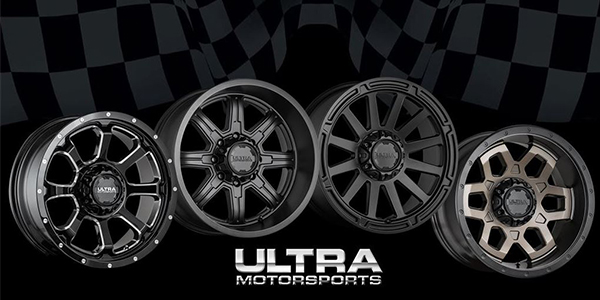 When Ultra Wheel Company rolled out its first cast aluminum wheel in 1986, no one envisioned its ability to capture the market share it did so quickly. In a few years, this southern California firm moved into the second-place position in an industry that is uniquely American: making and marketing high-end, after-market wheels for luxury and sports car aficionados. On a good day in March of 1986, the 26-member company produced 100 wheels from a single hand caster. Today, the company boasts of a monthly production in excess of 80,000, 18 “counter-pressure” casting machines (they help to eliminate porosity in the finished product) and more than 900 employees. In addition, four robotic stations machine the roughness from the castings and drill the holes for the lugs and valve stems.As early as 1993, the growth of Ultra Wheel – sales have doubled since 1991- made it apparent that the company needed more room. It moved to its present location, the 255,000 square feet of company space in Buena Park. Since 1993, all the facets of production and distribution have been sheltered under the same roof, except for the recent addition of 50,000 square feet in Baja California, Mexico. With the move came an upgrading of the manufacturing, and the foundry saw the addition of automated casting carousels and computer-controlled equipment in the machine shop. With its in-house mold department and state-of-the-art technology, Ultra Wheel could design, produce and deliver to its sales points in less than a month, a turnaround time unmatched in the industry.

In 1998, Ultra Wheel partnered with Arelli Alloy Wheels to acquire the rights to manufacture the complete Arelli line. It would also become the distributor of the new line in almost all of the Arelli sales territories. Wholesalers, dealers and consumers knew of Arelli wheels. With the arrangement with Ultra Wheel, they were more able to get them. “It was the perfect opportunity to bring a great manufacturer and a very talented designer together,” says Jim Smith, the company’s president. “This joint effort positions Ultra Wheel Company as a dominant force in the high-end, after-market wheel industry. We have the capabilities to manufacture over 100,000 custom wheels a month for cars and light trucks at the facility in Buena Park, Calif., and our distribution system is well established.”

New technological expansion continues at Ultra Wheel. This year, robotic systems and computer-assisted-design software have become the hallmarks of the company. Ultra Wheel is the only company in its field that designs, molds and casts. On one occasion, the company took a design from a customer that was not much more than a hastily drawn idea on the back of a paper sack; in fewer than 31 days, the company was shipping the finished product to the client. No other company offers the breadth of its product line – five that it manufactures, one for which it is the distributor. Names like Lethal, Revolver or Axiom may not be household words, but in the world of aluminum wheels, everyone is familiar with them. Ultra Wheel markets principally to U.S. customers, although it has made some inroads into South America, Europe and Australia. The company sells its products through distributors, wholesalers and retailers.

Founder Jim Smith began his career at a tire dealership. “I fell in love with the excitement of the wheel industry as a young man and I’ve never lost that feeling,” he recalls. He continues to head the organization, with the help of Sales Director Mike Aroney, with the unending enthusiasm of a man who has been called “tireless” on more than one occasion. “I have never been one to sit around much,” he maintains. “Life is full of challenges and I thrive on meeting every one of them.”

The challenges are both in and out of the office. In 1991, he was the SCORE/HDRA Class 1 Champion and True Grit Award recipient, an honor given to the driver covering all racing miles at the fastest speed. Three years later, he was named the Off-Roadsman of the Year, winning the world-renowned SCORE Baja 1000 and finishing second in the season’s standings. Along with three other off-road racers, Smith commissioned the first NASCAR SuperTruck prototype. They showcased the SuperTruck in the Circle Track Show at the 1994 Daytona 500 to such an approving audience that NASCAR quickly picked up the series. This year, Smith attained his lifelong dream of owning a NASCAR Winston Cup team.

Through the Checkered Flag

The challenges of the office involve staying ahead of the pack as well. Recently, Ultra Wheel introduced 22 new styles of wheels in both existing brands and in two brand new lines – Platinum, for the high-end luxury automobile market; and its recent royalty agreement to manufacture Edelbrock Wheels. The company manufactures chrome wheels as well. Measuring more than 200 feet long and with the ability to plate more than 20 wheels a minute, its fully automated chrome plating line may be the largest of its kind in the world.

Warehousing in the industry is important. Ultra Wheel Company maintains an inventory in excess of 45,000 wheels on shelf. Rapid delivery is guaranteed to the product distributors.

All things considered – product quality, innovative design and quick delivery – there is little doubt as to why Ultra Wheel maintains its position of leadership in the industry. The company looks to the future with great anticipation, and to the past with great pride. Hard work and efficiency are key. Luck might have a little to do with it. The wheel of fortune spins.