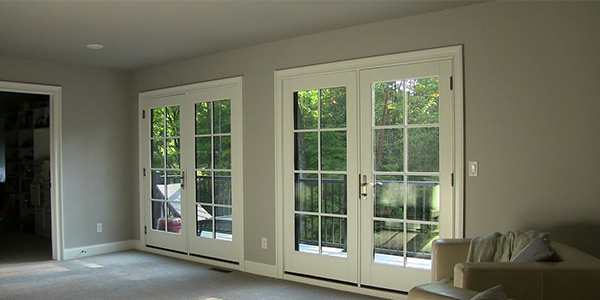 The word “window” is more than 800 years old with origins in the Scandinavian invaders and settlers of England in the early Middle Ages. Related to an old Norse word meaning “wind” and another meaning “eye”, the early word form of “window” symbolized that at one time, windows had no glass.

The window has come a long way since then, thanks to companies like Quaker Window Products Company. In 1949, Harold “Bud” Knoll and his wife Marge were producing Venetian blinds. Their early efforts slowly evolved, however, into a storm window and door business – then thermally broken aluminum windows. “Many of Quaker’s early product series were actually named after the Knoll children,” according to Mike Knoll, current vice president of Quaker and son of the company’s founders. “There was the Thomas, Lottie and Harold Series storm doors; the Kenny and Ronnie Series storm windows; the Michael entrance door; and the Mary and Judy window.” By the mid-1980s, Quaker diversified and began manufacturing aluminum-clad wood windows. By the end of the decade, the Knolls’ latest offering was vinyl windows.

Managed today by a second generation of Knolls, Quaker Windows & Doors has worked hard to blend its German heritage of exceptional craftsmanship, superior work ethic and loyalty into everything it produces. A solid, affordable, energy-efficient and attractive window product, it is also versatile enough to fit into a small home or mansion, traditional or contemporary décor, two-level office structure or skyscraper. And since the company’s founding, it has manufactured its windows in Freeburg, Mo., located just south of the capital of Jefferson City. Quaker Windows actually employs more people than reside in this small town that doesn’t even sport a stoplight.

Custom Job
With 1,000 distributors throughout the United States, mostly independent lumberyards and glass houses, the Quaker Windows product base is made up of residential and commercial windows and doors for new construction, replacement purposes and just about any other type of application. “There are a lot of different applications that call for different types of windows to perform certain ways,” explains Jimmy Maasen, marketing manager for Quaker. “In a larger skyscraper window, you need a heavy commercial window. You need something that is going to be able to sustain wind loads. Where as in a small building, you want something that is sturdy but not as heavy duty.” Maasen says they are continually challenged by its customers’ projects. “Sometimes we have a project with a location that’s close to an airport and we need to consider sound proofing. Then there are the constructions done at the ocean that require us to select a certain paint that can withstand the salt corrosion. Window selection and creation is a very customized process and it’s never a dull moment around here.”

Quaker is very excited about their newest invention – the #9000 series. This new, thermally broken aluminum casement window has been in the testing stages for a while. “It’s for heavy commercial applications and an upgrade from what we had before,” says Maasen. The company is confident the new product will take it into many new markets, like large high-rises, since it can stand up to such high wind loads. Adds Chris Dickneite, Quaker’s national sales manager, “The #9000 Series
is perfect for renovation projects or downtown restorations.”

Room to Move
With 450 employees and eight acres of manufacturing space, one of the largest manufacturing facilities in Central Missouri, the folks at Quaker Window have room to spread out. “It’s an ongoing process to keep things updated in our manufacturing area,” says Maasen. “Recently we’ve updated our in-house paint facility, which durability. In the last year, we’e also automated our manufacturing lines to produce contractor-grade windows at a high rate.” A 20,000 square-foot insulated glass production room was also added two years ago.

Although Quaker’s window and doors are sold nationwide, its main residential market area is the Midwest, from Minnesota down to Arkansas and as far east as Indiana and as far west as Colorado. Quaker’s windows are also very popular among the motel and hotel industry nationwide. “We’ve also done a lot of government projects updating military sites and the like,” says Maasen. “We’ve also done work for housing authorities, assisted living facilities and historical renovation projects – especially on the East Coast.” Maasen explains that these are difficult but rewarding projects to be involved in. Many cities looking to spruce up their old downtown areas and stay true to the original look of the old architecture have called upon Quaker’s ability to customize windows to get the exact look they need. “Areas like Boston, New York and Pittsburgh are entering into these restoration projects, and it’s very painstaking work to get the right look. We’re helping them dress up their areas while maintaining the original integrity of their buildings.”

Going the Extra Mile
It’s never out of the question for Quaker Windows employees to offer its customers unmatched service. “If a customer calls under a tight schedule and needs a window by tomorrow, we’ll throw it in a van and drive it there if need be,” says company Vice President Ken Knoll. “One of the things that we pride ourselves on is the fact that we offer very personal service. We feel like the customers we have actually know us. They are our customers and a lot of them are our friends. Some have been with us for 50 years. That’s why we try very hard to do the little things that other companies might not do.” Tom Knoll, executive vice president and general manager, adds that Quaker has the same type of relationships with vendors. “We can’t make a good window or door unless our suppliers sell us a good product to start. Thus it’s important to maintain great associations with them, and we think we do.”

In addition, Quaker’s own fleet of trucks allows them to ship window and door products coast to coast, minimizing damage and ensuring on-time delivery.

Quaker is committed to the idea of steady and controlled growth, which enables it to continue taking care of its faithful customers while still serving a larger part of the industry. Quaker is always working diligently to expand its Midwestern distribution area, yet maintain that Midwestern charm. “We just believe that if we go the extra mile for people, they’ll go the extra mile for us.” Enough said.