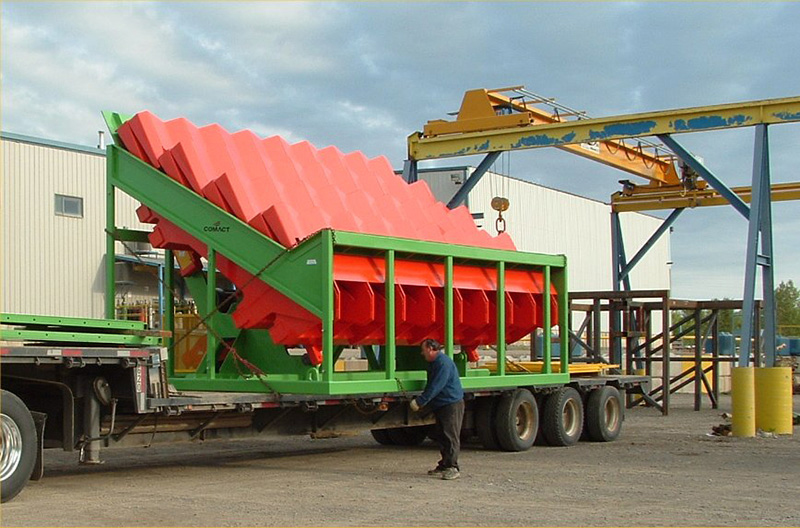 When asked how to explain the BID Group’s transformation into North America’s largest provider of equipment, services and turnkey installations for the forestry industry, Steve Dalby, the Canadian company’s Vice-President of Business Development, confesses that much of the company’s success has to do with the Great Recession – and its aftermath.

“In our industry, when the dark days hit, forest product companies really had to batten down the hatches financially,” he recalls. “Spending capital got chopped. Money for projects dried up. Many players folded due to lack of capital and planning.”

According to Dalby, those that did survive had to pare down and cut their overheads. As a consequence, when business finally picked up again and there was new demand to upgrade machines, there wasn’t enough support in the system to do all this work. “And that’s where we came in.”

The BID Group had started out as a father-son outfit in 1983, when Ike Fehr and his two sons, Brian and David, formed a construction company in Vanderhoof, a small town in the heart of British Columbia’s interior. Initially, the firm provided services and repairs for sawmill equipment. Over the years, it expanded into construction, installation and some fabrication.

By the time the 2008 recession hit, the group had already made the first of many strategic acquisitions. In 2006, it had purchased DelTech, a leading designer and constructor of industrial plants, also based in British Columbia and specializing in energy solutions for the forestry sec tor. The acquisition was part of a plan to transform the BID Group into a uniquely integrated company offering turnkey solutions to the forest industry. In the aftermath of the recession, when business began to boom, BID was the only player in the marketplace able to conceive of, design, build, and deliver a complete fully-working mill.

The group shrewdly leveraged its growth with further acquisitions. In 2013, it purchased Comact, a North American leader in the design, manufacture and optimization of wood processing equipment and PLC/Controls for mills, headquartered in Quebec, which had itself just acquired PHL, another Quebec-based producer of sawing and planing equipment. Two years later, in 2015, it purchased Miller Manufacturing, a specialist in state-of-the-art planing systems, located in Washington state.

These, and more recent acquisitions, have given the BID Group a degree of integration, unrivalled in the North American market. “Others are trying to do it,” confesses Dalby. “But nobody else is doing it like we’re doing it.”

Dalby speaks from experience. Before joining BID, he worked for Comact’s “Number One competitor” and admits that “we’ve never, ever seen anything like this in the industry.” Dalby compares the traditional process of constructing a sawmill to the hiring of different tradespeople in order to build a house.

It used to be that a mill would contract separate firms, designers, engineers, project managers and then juggle them all. The BID Group breaks with this tradition by offering clients a single price for a whole project. In return, they receive a working mill in full operation, with all the equipment designed and manufactured by BID’s stable of companies – and start-up and after-sale service to boot. Says Dalby: “Our success is really a result of the synergy we have between these different specialists; from design and engineering to the staging of deliveries to meet on-site demands.”

Such synergy translates into very real gains, in terms of logistics as well as time and money. It means that pieces can be manufactured at one of the group’s facilities and delivered in finished form as opposed to built on-site. Such advantages drastically reduce construction and installation time and allow mills to start-up much more quickly.

“We’ve seen projects that take up to 50 percent less time to complete between conception and hand-off,” admits Dalby. “And when modular equipment shows up at the site, the benefits include cost savings that show up in total project costs. With this in mind, we’re always looking for ways to maximize effectiveness in terms of the relationship between supply and installation.”

Interestingly, much of BID’s effectiveness can be traced back to the group’s origins, when the Fehrs worked in British Columbia’s sawmills, doing repairs and installations. “The mentality and experience of working on the mill floor, the sense of urgency and priorities involved, has driven processes to become particularly quick and efficient,” explains Dalby.

Such practices have won the group accolades – and contracts – throughout Canada and the United States. With manufacturing locations in British Columbia, Washington state, Quebec and South Carolina, the group has created a strategic, four-corner presence embracing the main sawmilling regions of North America, while significantly lowering the total costs of delivery that accompany the building of a mill.

At the moment, business is particularly booming in the Southeast U.S., where the forest industry is undergoing unprecedented growth. “There’s a tremendous amount of work in the Southeast forest industry, the likes of which we’ve never seen before,” exclaims Dalby. “Much of the technology was fairly antiquated and there’s been a strong movement toward retooling and upgrading. Major forest production companies, including many from Canada, have bought and built operations in the region. It’s been become such a major focus for us that we built facilities in St. George, South Carolina, so we could hire locally and service the market from within.”

Indeed, in terms of business, the Southeast is currently as strong as, and in some cases stronger than, the combined rest of the North American market. Its growth has certainly been an important factor in the BID Group’s own remarkable growth spurt, which has seen revenues more than double within the past 5 years. And yet, because it’s keenly aware of the cyclical nature of the forestry industry, BID is already preparing to branch out into new regions – and markets.

“Our customers are in a commodity- based environment, which creates a lot of challenges,” admits Dalby. “There may be a point in which Western Canada is retooling less than the Southeastern states. All we can do is to stay out in front, and plan and react appropriately.”

In the short-term, this means meeting demand as best it can while maintaining high-level products and solutions. In the mid-range, it means finding ways to maintain business at levels that allow its workforce to remain consistent and growth to continue unhampered by the effects of a cyclical industry. As the group looks to the future, it is exploring alternatives to sawmilling such as CLT, panel plants and other industries. It is also studying overseas markets.

With these plans for expansion in mind, in May of 2017, BID took on an equity partner, Highland West Capital. And in June, it added another equipment supplier to its roster: MoCo, a leading manufacturer of sawmilling equipment, specializing in stickering lumber stackers and stick recovery systems, based in Spokane, Washington. “Because we’re already fully integrated, when it comes to future acquisitions, there really has to be a compelling strategic advantage,” explains Dalby.

Indeed, having experienced such massive rates of growth over the past few years, BID is now content to maintain incremental growth while focusing its energies on optimizing operations. “While we’re developing strategies to translate our success in North America to international markets, we won’t engage until we’re comfortable that we have the capacity to expand,” confesses Dalby. “Until then, we want to service the clients we have, providing them with the best and most complete range of turnkey solutions possible.”