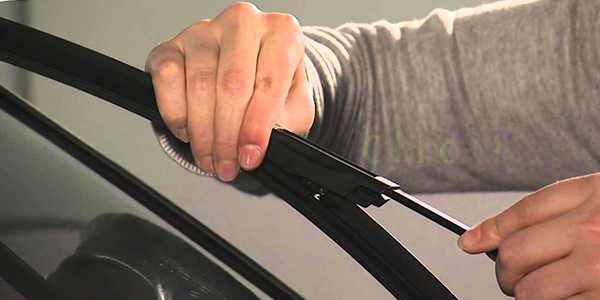 When it comes to essential automotive parts, what comes to mind? Tires, brakes, engines, maybe even airbags…but windshield wipers? But the overlooked wiper-and-washer system is just as critical as any other automotive component. After all, a wiper-and-washer system is a key part of a vehicle’s vision system, allowing the driver to react to normal and abnormal driving situations when it works properly. Just imagine driving through snow, rain, sleet or fog without high-quality wipers. One company, Valeo Wiper Systems, takes the production of windshield wipers very seriously. This focus is one of the factors that has helped them achieve a leadership position in the industry.

Big Part of a Big Company

The Valeo Group, one of the world’s leading independent automotive suppliers to both the original-equipment and after-market segments, has 12 industrial branches and one distribution branch covering the company’s independent after-market activity. “The Wiper System Branch is one of the largest operations of Valeo,” says Joey Campbell, sales and marketing director, Valeo Wiper Systems North America. Campbell adds that the parent company recorded total sales growth of 28 percent in 1999: “It is one of the branches involved in the Electronics and Electrical Systems Sector. The other branches of this sector are Motors and Actuators, Security Systems, Lighting Systems, Electrical Systems (starters/alternators) and Electronics (switches/sensors).”

Valeo Wiper Systems’ North American headquarters is located in Auburn Hills, Mich. There are three plants in North America: two in Mexico (San Luis Potosi and Juarez) and one located in Rochester, N.Y. All Valeo sites are implementing environmental management systems, with the goal of achieving ISO 14001 certification for all facilities by the end of 2001.

“Valeo has been in wipers for more than 30 years and has become the worldwide leader following the acquisition of ITT Electrical Systems,” says Campbell. “We will continue to reinforce our position as the world leader through growth in the original-equipment manufacturers (OEMs) and after-market sectors.”

The company’s reputation rests on its ability to tackle the technical challenges associated with the manufacture of today’s complex wiper-and-washer systems. “Today’s wiper-and-washer systems are electronically controlled electromechanical systems that are specifically developed for each vehicle application,” says Mark Benner, research and development director. “Some of the specific technical challenges include the utilization of advanced optics and microprocessor controls for rain sensors; the research and development of composite and elastomeric materials; and the use of aerodynamic and acoustical computer models to meet customer performance expectations.”

For example, according to Benner, Valeo has recently developed a new technology that holds the potential for improved reliability, wipe quality and cost, along with mass reduction in windshield wiping systems. The Composite Wiper Link uses a thermoset polyester/glass fiber, pultruded-composite material. Using this Composite Wiper Link in a windshield wiping system can limit the peak system loading occurring as a result of snow/ice buildup on the windshield, which ultimately protects the wiper system from damage. The Composite Wiper Link also provides up to a 50 percent mass reduction as compared to the industry standard wiper link made of steel.

Through its research-and-development center activity, Valeo Wiper Systems has the capability of creating various environmental conditions such as extreme temperatures, humidity, precipitation, corrosive environments and vibrations. Given that the wiper-and-washer systems are primary safety systems for vision, Valeo performs many tests of the wiper-and-washer system to find anything that could potentially limit the vision of the driver.

A World of Growth

Valeo Wiper Systems’ global presence mirrors that of the Valeo Group, which has industrial, commercial and research-and-development sites in North America, Europe and Asia. A partner to the world’s automakers, Valeo Wiper Systems is stepping up its international development with expansion to Eastern Europe and Asia. A plant is due to open in Poland to meet growing customer demand there.

Campbell outlines Valeo’s Wiper Systems expansion strategy: “A country is selected because of its growth potential. This is why Valeo Wiper Systems invested six years ago in China and four years ago in Brazil. Our next step is Eastern Europe, starting with Poland. We will succeed there because we are truly global already and we know what it takes to start a business in developing markets, while continuing to develop the after-market in North America.”

“There are more than 10 brands of wiper blades in the market today,” says Flaggs. “After-market customers continue to seek quality, price and distribution when making purchasing decisions. Quality is often associated with original-equipment manufacturers’ brands. This trend has led many manufacturers such as Ford and General Motors to enter the market. Being the leading wiper systems supplier to OEMs, Valeo is well positioned to support the market by offering very broad coverage of OEM products.”

Valeo continues to invent new technology to support its global OEM customers as well as the independent after-market. The Smartblade, soon to be introduced in North America for the after-market, is one more example of Valeo’s technological edge.

Valeo Wiper Systems’ strategy for growth through innovation and product technology is directly in line with the Group’s Smart Systems approach. Recent product developments include an automatic wiper system and a new generation of arms and blades that focus on performance and styling while emphasizing user comfort and convenience.