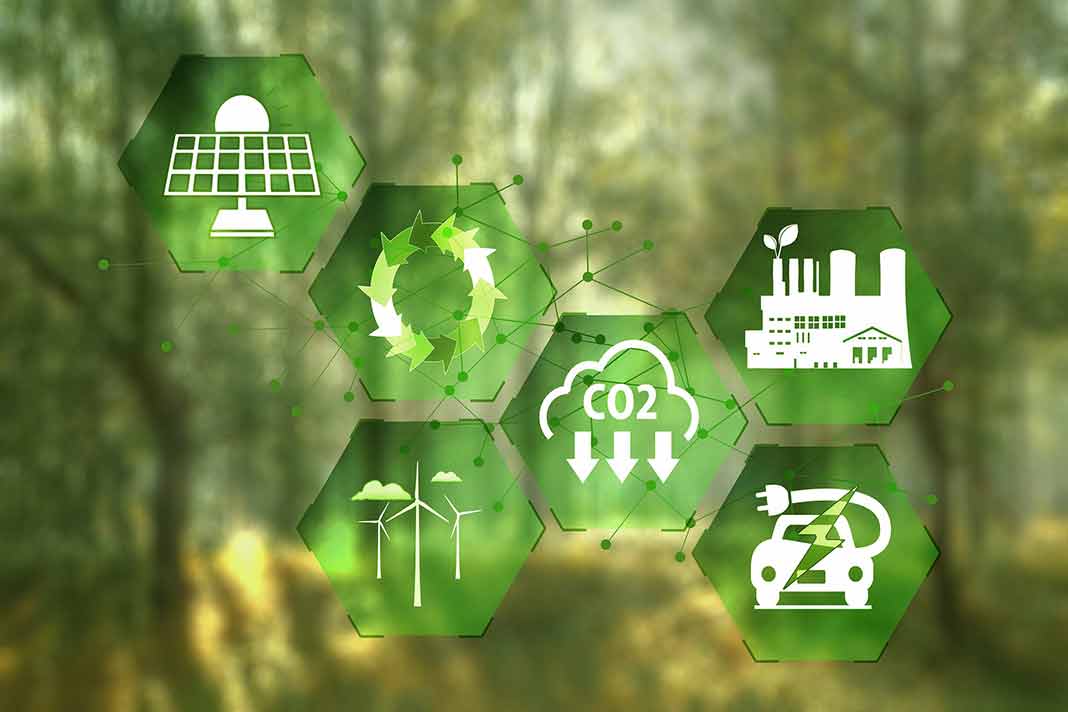 Here are some sustainable solutions for a greener future for the planet.

With the negative effects of climate change becoming an ever-growing concern around the world, many companies are looking toward more sustainable solutions. Sustainability measures are not only important to slow the progress of climate change, but to help ensure our natural resources are used wisely as much as possible. Many large companies also know sustainability makes for good press; customers care about the environment when it comes to their consumption, and turning to more sustainable solutions is a good way for companies to boost their reputation a little.

With that in mind, here are 11 organizations taking steps toward a greener future for the planet.

Though it might not be the first company you think of when thinking green, Amazon has made a number of pledges toward sustainability in their company’s operation: to attain zero carbon footprint by 2040, go fully renewable with their energy needs by 2025, making the switch to electric delivery vehicles, and pledging hundreds of millions of dollars to decarbonizing and reforestation projects around the world.

Apple has incorporated a number of eco-friendly measures in its phones, including recycled gold and other metals in the components, increased durability for more years of use, less single-use plastics than some of the competing products, and reduced power consumption. Also, Apple’s Siri service runs entirely on clean energy.

Patagonia has not only made commitments toward a greener future, but also for a more sustainable future in terms of its social impact. It’s set up social responsibility programs to try to create a positive effect on the communities where it does business, such as fair trade programs, a living wage, and refusal to do business with “sweatshop” manufacturers.

Coca-Cola has ambitions toward recycling one can for every can they manufacture, and have worked to make their packaging more ecologically sound: their products are currently made of 50% recycled materials, and they intend to bring that number to 100% in the next few years. Currently, 60% of their packaging is collected for recycling worldwide.

DuPont’s green measures involve reducing greenhouse gasses by 30% by 2050, as well as moving toward low-carbon industrial processes, lowering emissions in manufacturing plants, and making an increased shift to renewable electricity.

As an auto-maker, Ford is concentrating on reducing emissions, locally sourced renewable energy, elimination of single-use plastics, and working with the state of California to attain higher standards for greenhouse gasses.

Sustainability is only one of the many reasons Google is a great firm to work for. Its latest environmental projects include the building of a wind farm in North Carolina, as well as investing literal billions of dollars in clean technology. They’ve already purchased several renewable energy projects across the world, and are continually working on making their data centers more centered on renewable energy.

Home Depot had some difficulty in the recent past when it was revealed the company was the world’s largest retailer of old wood products. Since then, the company has put in place a “no old-growth sales” policy, which means no more harvesting trees from old growth rainforests.

Ikea has ambitions toward becoming a climate positive business by the year 2030. Like some of the other companies on this list, Ikea is shifting to a circular business model, which means more of their construction materials come from recycled sources, and reducing more greenhouse gasses than their facilities generate. They’re also working toward regenerating resources and improving biodiversity.

Like Ikea, iconic coffee giant Starbucks is working toward becoming a resource-positive company, developing more eco-friendly policies, and reducing waste in their stores and facilities. Another step Starbucks has taken toward a more sustainable world is achieving a 99% ethically sourced supply chain for their coffee. This makes them a globally certified fair trade vendor. They also developed paper backs made from 95% post-consumer fiber, in order to start combatting the significant waste generated by their throwaway cups — which are also made of recycled material.

Target is one of the top retail chains in the country, and is using its prominence to spread the word about sustainability and eco-friendly policies. Its recent program, Target Zero, features products that are designed to be reusable, compostable, or refillable. These products are already made from recycled materials. They’ve also taken steps to increase the use of renewable energy in their operations, in the hopes of attaining 50% of their electricity coming from sustainable sources by the year 2030. Target has also expanded into more socially responsible programs, such as Target’s Racial Equity Action and Change (REACH) committee, devoted to creating better racial equality in their stores and communities.

The road toward true sustainability is long, and will be full of increasing challenges as time moves forward — but with the bigger companies discovering their customers care about these issues, it’s likely more businesses will follow suit.