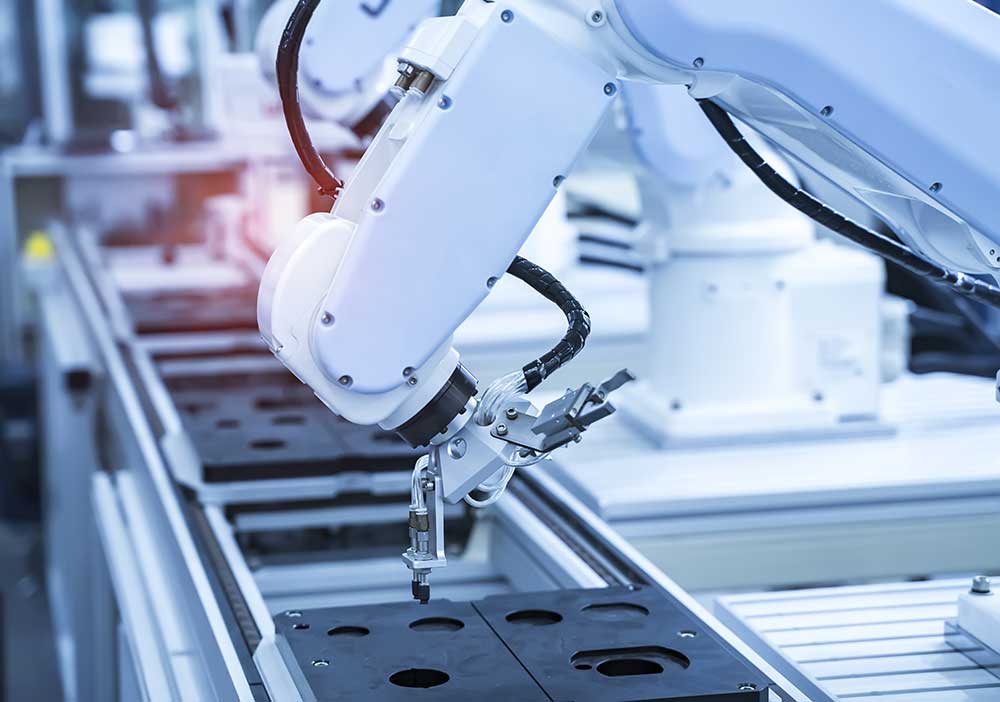 The evolution of Robotics has changed the face of the manufacturing industry over the years. Robotic technology is a field that combines both the knowledge of computer science and that of engineering to bring advancement to human efforts.

It has to with all the science needed to build, maintain, and efficiently operate a robot, simply put- the science of robots. The manufacturing industry, more than any other sector, have taken advantage of this evolution to streamline processes, provide innovative solutions, and improve efficiency. Here are a few robotic technologies used in the manufacturing industries today.

The manufacturing industry is tasked with the responsibility of making robots that can perform military functions. This has been the primary goal of creating defense robotics that can be used by the military operations, human-crewed, or unmanned.

Robots used for defense usually come in various shapes and sizes and have different designs that fit into their purpose. Some defense robots are built specially to carry heavy military equipment that can slow down counterattacks from the enemies. Others are conveniently used for working in situations and areas that are too dangerous for soldiers. They can also be deployed for rescue operations of soldiers stuck in combat.

Parallel Manipulators are sometimes referred to as parallel robots in the manufacturing industry. They are essential in the manufacturing industry because they are used in programming robots. This type of robotics programming leverages on serial chains that are computerized to give predictable movements. Notable examples of robots programmed by parallel manipulators include Delta robots and the Stewart platform.

Delta robots have heavy actuators with arms that can be manipulated for movement in a parallel format. The moveable arms are lightweight, which gives them the ability to perform fast movements with high precision. One major challenge with robots programmed with parallel manipulators is that they find it challenging to remove barriers in their paths. This is probably due to their programming that only allows automatic movements.

These types of robots are also referred to as linear robots. This name stems from the predictable linear nature of their movement along the three-movement axis. This three-movement axis forms the joints that move the robot, allowing a forward, backward, and upward movement of the robot. This makes them quite practical for activities involving horizontal movements.

The Cartesian coordinate robots are used in manufacturing industries for 3D printing. They are also useful in the computer numerical control machines. Here, they are used to create computer drawings, leveraging the pen-like notation that shows the x-y axis. They can also be used to plot graphs and other allied functions that require accurate precision.

An excellent example of the cartesian coordinate robot is the Gantry robots. The Gantry robots are quite massive in their outlook and can are ideal for performing pick and place functions, because of their ability to place things precisely. They are sometimes used for welding too.

SCARA is an acronym that stands for Selective Compliance Articulated Robot Arm. This robot is designed with a rigid arm in the direction of the Z-axis to meet up with the XY axis. Due to this rigidity, the arm is not flexible for movement along the XY axis. Hence it can only be used for the Z-axis. This also differentiates them from the Cartesian coordinate robots that move easily along the XY coordinate.

Their rigidity also gives them the name “selective compliant articulated robot.” They have two connected hands that look like human hands and are very useful for articulated movements. SCARA in advanced technology is used for animation creation by manufacturing industries, and it is more expensive than other robotic technologies currently in use.

The articulated robots are also referred to as soft robot designs. This is because their components are made up of soft elements. They are also known for their elasticity, contrary to the usual rigid nature of industrial robotic parts.

Soft Robots are designed with parts to mimic humans. They have the muscular and skeletal system of mammals, which are typically represented with transmissions, joints, and actuators to support the robot’s motions. Soft Robots are renowned for their structural stability as a result of the sturdy, yet flexible links created by the musculoskeletal system that acts as a support system.

Today, the manufacturing industry has several types of soft robots. A notable example is the continuum of soft robots. The continuum soft robots are robots whose body can become deformed in its structural, sensing, and actuating components just like that of invertebrate animals.

Soft robots are designed to mimic natural adaptive behaviors and the nature of mammals and are ideal for powering engineering gadgets that require vehicular movements.

They have also been used to assist humans in a dangerous combat situation without risking the lives of the citizenry. With so many advantages they offer, it is time for business owners and manufacturers to start embracing and looking into suitable robotic technological components that can reduce workload and increase overall output.

Margarette Hicks
Margarette Hicks is a business consultant who focuses on helping clients adapt to technology better and easier. Margarette provides pieces of advice to clients to help them come up with a sound decision on which apps or techs to invest in.