Most businesses don’t have the luxury of transporting smaller, simple-shaped products. Take Rainharvest Systems, for example. The company ships a product that many freight carriers struggle with: large water reservoir tanks. The size of Rainharvest’s tanks were often underestimated, which led to constant misunderstandings between the company, its shipping carriers and its customers. The results were frequent delays and issues with tank deliveries. By working with a 3PL that analyzed their shipping process and determined appropriate classifications for each product, Rainharvest was able to save an average of $75 per shipment.

Many of the shipping challenges Rainharvest Systems encountered are commonly felt by other businesses that ship large or unusual-shaped objects. Taking time to understand and avoid these pitfalls can save you time, money and ultimately the reputation of your business.

Along with weight, shipping companies use height and width to charge for packages. Grab a tape measure, and don’t estimate or round down on your measurements, as this could result in additional charges. When measuring an irregular-shaped package, treat it as if it were in a box and measure from its most extreme points. Many carriers have dimension limits, so keep in mind that packages outside of these requirements need to be shipped via an LTL carrier. Other considerations include potential stackability issues for freight shipments and large size-to-weight ratios that trigger additional fees.

When it comes to pricing a freight shipment, there are four areas to consider: origin, destination, weight and class. Errors in weight and class are the two most common reasons for unexpected shipping costs. Freight class is designed to represent a shipment’s stowability, value and density. To determine the proper class of a package, the National Motor Freight Traffic Association (NMFTA) has a classification book that includes nearly every commodity you can think to ship, as well as every variation of it. If shipping isn’t your main business, you should consult your carrier or look at past shipments to see how the commodity was previously classified. However, keep in mind that classifications can change, and it’s imperative to check often to avoid surprises. Incorrect class can also affect the payout on a loss or damage claim since carriers typically have higher liability limits on higher-class items. If the incorrect class is listed on the BOL and the package is damaged, you may be reimbursed less for your damaged goods. Also, never guess the weight of the package, as some classes are density-based and rely on the pounds per cubic foot.

If a shipment is big or oddly-shaped, it might take up a good portion of a trailer, which can result in additional charges or the shipment sitting on a dock until the carrier has enough room to transport it. To combat this, businesses should call the carrier to get a volume quote and let them know the shipment is coming so they can plan for it.

People often try to save a few dollars by reusing a shipping box. Cardboard tends to lose its structural integrity with each shipment, making your package more susceptible to damage. This commonly results in a denied claim since the carrier can argue that the box was already beaten up or that adequate packaging was not used.

Not Guaranteeing the Shipment

Standard transit times are simply estimates. If a shipment needs to be at its destination by a certain day, it should be shipped guaranteed or expedited. Guaranteeing the day a package should arrive will make the package a priority during its transit. Selecting an expedited service will ensure speedy transit, making certain the shipment arrives as quickly as possible.

Failing to Insure the Shipment

Insuring your shipment provides a much higher degree of protection than standard carrier liability. In most cases, you will be compensated more than a typical carrier claim and reimbursed more quickly. A third-party logistics (3PL) company can help add insurance to your shipment at a reasonable rate. Shipping carriers don’t insure shipments—instead they offer to increase liability limits for a fee, which can become costly. 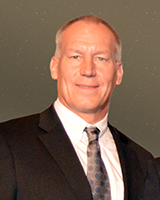 About Tim Story
Tim Story is Executive Vice President of Freight Operations at Unishippers, a leading provider of third party logistics services to over 50,000 small and medium-sized businesses through a network of nearly 300 franchise locations and affiliate outlets. Learn more at www.unishippers.com.