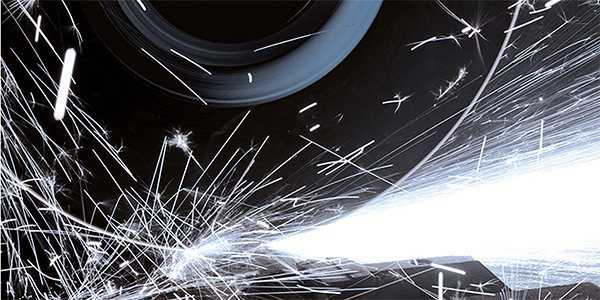 There are many excellent reasons why, when one of the world’s leading car manufacturers rolled out a new 3.5 engine recently, it selected Tyrolit North America Inc. to supply the grinding tools. In making such a critical product introduction, the automotive giant required a supplier known for innovation, quality and customer satisfaction – all of which has been part of the Tyrolit credo since the founding of the company in 1917.Tyrolit North America is part of the Tyrolit group of companies, based in Austria but with business units located all over the world. This group itself is a key unit in Swarovski, also based in Austria and one of the world’s leaders in crystal products. Alexander Broetz, program manager for the North American branch, says, “The Tyrolit group stands for innovation, quality and, most importantly, customer satisfaction. With continuous innovation and development, Tyrolit sets the industry’s technological standards.” Indeed, one need look no farther than the Tyrolit motto – “Future needs perfection” – to see where innovation stands in the company’s operational hierarchy.

Tyrolit is Europe’s No. 1 brand of bonded abrasive products, which are used for grinding, cutting, sawing, drilling and polishing. It has been a long-time supplier to the world’s leading manufacturers in the automotive, aircraft, bearing, tool, steel, electronic and construction industries. Regarding the company’s relationships to these customers, Broetz comments, “Continuity is given priority over short-term profits. Consequently, Tyrolit always strives to build a long-term partnership with its customers.”

Roughing It
Tyrolit began as Swarovski’s in-house producer of grinding wheels, which were used to grind the parent company’s signature crystal, glass and gemstones. In 1919, the Tyrolit name was registered as a trademark for these grinding wheels. In 1950, Tyrolit relocated from the original facility within Swarovski to Schwaz, Austria (where the group headquarters is still based today), a move that permitted it to operate as an independent. Two years later, Tyrolit flexed its innovation muscles when it launched the first cutoff and roughing wheels that featured fiberglass reinforcement. The product’s design had never been seen in the industry before, and they became celebrated for their increased levels of safety.

Tyrolit began moving into the international scene the very next year when it opened an office in Milan. In 1960, the company began production at its grinding wheel facility in Mexico City; and in 1968, it established an operation in Buenos Aires. By 1970, Tyrolit’s production and sales volumes were each 25 times greater than they were in 1950.

Tyrolit first appeared on these shores in the early 1980s, when it opened a sales office in Newport News, Va. Its U.S. manufacturing presence originated in 1991, when it acquired the majority share of Diamond Products in Elyria, Ohio. That presence expanded dramatically six years later, when the company purchased Bay States/Sterling of Westborough, Mass. This deal added the United States’ No. 2 manufacturer of bonded grinding tools to the Tyrolit family. It also provided the base for the North American operation, which now encompasses this location plus the Ohio site. The latter includes Diamond Products, now the North American market leader for diamond tools produced for the construction industry; and Tyrolit Abrasives, the unit that markets abrasive tools for the consumer market, which are sold through retailers.

In with the New
The Westborough facility’s operations are geared around Tyrolit’s end-use markets, including metal fabrication, aircraft engine, automotive, tooling, foundries and shipyards. “We have specialized here in Massachusetts in customized and engineered products,” Broetz says. “Research and development are centralized in Europe, but we have product planning and engineering here, which is important to the R&D effort.”

Research and development are critical to a company such as Tyrolit, which has repeatedly raised the product bar in the abrasive industry. The company’s biggest successes have been in new product development, including its highly porous, vitrified-bonded CBN grinding wheels; portable cutoff wheels, made in a thickness of just 1 millimeter; and its recently introduced grinding-tool line, Startec, for the tool manufacturing industry, which provides bottom-line cost savings. Other new launches include the Mira program, a product assortment for gear manufacturing; and Strato, a line of creep-feed grinding tools designed specifically for aircraft components.

Regarding research and development, Tyrolit has literally put its money where its mouth is. From 1996 to 2000, the company has invested more than $96 million in its research and development, its production and its environmental controls. Tyrolit has also opened its Tech Center, located in the home base in Schwaz, which provides the foundation for the company’s future R&D efforts. In its announcement unveiling the center, Tyrolit said its purposes include the sharing of information on new grinding technologies – a function underscored with the center’s “Grindology College.”

Solidifying the Bond
The Tyrolit Tech Center and its most recent product introductions also support the company’s determination to be the top supplier of system solutions to its customers. Its continuing development of new products and the opening of the Tech Center indicate that this is a manufacturer bent on being there for customers to meet every aspect of their grinding needs. Among its corporate goals, Tyrolit lists “intensive cooperation with customers and suppliers as system partners” and “cooperation with scientific institutes and universities, also in the area of basic research.”

Tyrolit’s quality philosophy continues to carry the company to the top level of product development and manufacturing in the abrasive industry. The company ensures its product quality through controlled and documented processes and procedures, and the continuous improvement of those processes and procedures. Tyrolit also maintains a staff of some of the industry’s most skilled employees, who are all ingrained with the company’s quality-oriented corporate culture.

These certifications, its quality philosophy and the emphasis placed on innovation should provide tremendous velocity to Tyrolit’s business as it looks to take advantage of new opportunities. Broetz believes that some of the company’s most promising growth prospects in the near term will come from manufacturers of aircraft engine components and the automotive industry – two markets in which the company is already well established. Tyrolit is also committed to the goal that 30 percent of its revenues should derive from products developed over the past three years – which means that the innovation engine will continue to grind as the company goes forward.