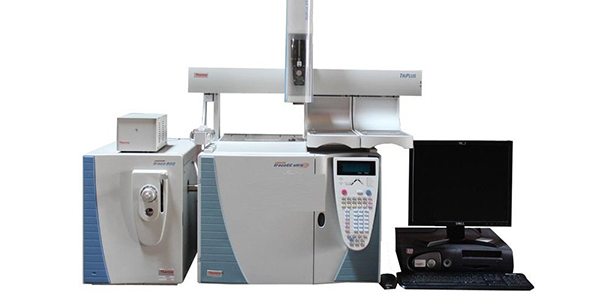 Mass spectrometry and chromatography are instrumental methods used to analyze substances found in venues ranging from oil exploration to aerospace – and taking in just about every industry on the planet. As these scientific analyses have become more widely used and complex over the past 35 years, Thermo Finnigan has emerged as a global leader in providing scientists with the equipment and software required in this research. Since its founding in 1967, the California-based manufacturer has distinguished itself by developing the most accurate and sensitive spectrometry and chromatography instruments on the market.

Coded for Accuracy
In recent years, Thermo Finnigan has turned its attention to providing equipment used in proteomics, which involves the study of proteins and the role they play in the body’s processes. Part of the human genome project, proteomics is helping scientists understand the role of important proteins such as enzymes, which determine the chemical reactions in cells, and antibodies, which fight infection. The resulting data has immense value in medical science and the pharmaceutical industry.

Says Thermo Finnigan President Dr. Ian Jardine, “Diseases and disorders can often be traced to complications involving protein modifications and variant sequences. The ability to find errors in these processes more quickly – especially in complex biological samples – can help speed the efforts of medical researchers to develop effective diagnostic and therapeutic tools.” Thermo Finnigan’s newest equipment for protein analysis is the ProteomeX™ analyzer. The first totally integrated analyzer for protein analysis by LC/LC-MS/MS, this instrument takes the protein molecule through two or more stages of mass spectrometry. By way of definition: Chromatography involves techniques of chemical analysis by which substances are separated from each other, identified and measured; mass spectrometry measures the mass of molecules and their fragments.

Dr. Nelson Cooke, director of marketing, discusses Thermo Finnigan’s business in terms of three product areas: chromatography, life sciences mass spectrometry and inorganic mass spectrometry. “Chromatography is a very mature market – more than 30 years old – and is about one-third of our company. The mass spectrometry markets are growing much faster, especially for some life science applications, such as proteomics. Mass spectrometers are very sophisticated and powerful analytical instruments so service, applications and training programs are also important components of our product offering.”

Industries around the world that count on Thermo Finnigan equipment and service include agriculture, biotechnology, chemical, contract testing, education, energy/power, environmental, food and beverage, forensics/ criminology, government, industrial and specialty gases, life science, mining/ minerals/metals, pharmaceutical, photonics, polymers/ plastics/ resins/rubber/ pulp/paper, semiconductors/ electronics and transportation. The extensive worldwide customer service and training program Cooke cites is based at The Training Institutes in Florida and Hemel, U.K. Thermo Finnigan’s comprehensive menu of service and education programs is available to customers around the world and via the Internet.

Examining History
One way to examine the success of Thermo Finnigan is to review its history and how it led to the company’s current positioning as part of Thermo Electron Corporation. Finnigan was started in Palo Alto in 1967 and became a pioneer in the mass spectrometry and chromatography fields. In 1981, the company acquired MAT, a manufacturer of gas isotope mass spectrometers, and became Finnigan MAT. Over the next nine years the business developed numerous innovative products that were awarded patents. Thermo Electron Corporation, a Massachusetts-based provider of scientific instruments, then acquired the highly successful business.

Under the new umbrella name of ThermoQuest, Finnigan and several other companies that had Thermo Electron as their parent continued developing products. Those efforts expanded the line to include new ion trap benchtop systems, a benchtop quadrupole LC/MS system, isotope ratio MS and the first high-resolution benchtop triple quadrupole mass spectrometer. Most recently, the Finnigan name was reintroduced as Thermo Finnigan to highlight the manufacturer’s international reputation as the top maker of mass spectrometry equipment. Both Thermo Finnigan and Thermo Hypersil-Keystone comprise the Analytical Instrument Division of Thermo Electron, a more than $2 billion organization.

One of the largest business units of its parent company, Thermo Finnigan employs 1,200 people worldwide, with 598 of them in the United States. Sales are 40 percent in the Americas and 60 percent international. At its headquarters in San Jose, Thermo Finnigan produces life science mass spectrometers and products for chromatography. The company’s facility in Austin, Tex., produces GC/MS equipment. A plant in Bremen, Germany, makes magnetic sector mass spectrometers and another in Milan, Italy, produces GC equipment.

Analyzing Opportunities
As the demand and the markets for analytical equipment continue to grow, so do Thermo Finnigan’s product and marketing opportunities. Emphasizing the importance of equipment capabilities, the marketer says, “In the pharmaceutical business, most drugs are small molecules and pharmaceutical companies use triple quadrupole technology for quantitative analyses and ion trap technology for metabolite structural analyses. And we are the market leader in ion trap mass spectrometry.”

Cooke says Thermo Finnigan will grow through collaborations and acquisitions, along with internal product and market development. “We have to be looking for collaborations all the time,” he explains. “One company cannot develop everything by themselves. The range of technologies needed to provide solutions is broad, so collaborations or licensing may be needed.”

Further illustrating this point, Cooke continues, “If we go after a certain market segment – say metabolism in pharmaceutical companies, for our LC mass spec systems, we may need a certain software capability. We may license that software from a university or another company. We need to look for these opportunities because our strategy is to provide a total solution to our customers.” And he leaves no doubt about the outcome. “We know exactly where we want to be in five years. Based on our continuing investment in developing the technology, we’ll be the global market leader in all areas of mass spectrometry.”