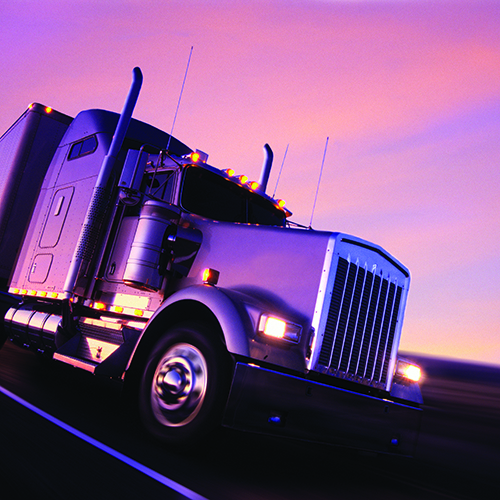 For the past 15 years, America’s trucking industry has periodically dealt with a shortage of truck drivers, but in 2016, this issue has ballooned into a full-blown problem that doesn’t appear to be going away any time soon. “During the last recession, beginning in 2008, the driver shortage had been eliminated due to industry volume plummeting, but as it began to recover in 2011, so too did the reemergence of the shortage come about as well, growing to 38,000 jobs by 2014, and 48,000 by the end of 2015,” says Rod Suarez, Economic Analyst for American Trucking Associations (ATA).

Perhaps the largest contributing factor to this shortage is the fact that the current average driver age in the OTR (Over-the-Road) TL (Truckload) industry is 49 years old, meaning that an aging workforce will soon need to refill its ranks on a significant scale. Furthermore, the industry has historically struggled to attract all segments of the population, as just 5.8 percent of truck drivers are women.

Studying the Numbers
In fact, Suarez and his colleague Bob Costello, Chief Economist and Senior Vice President for ATA, compiled all this data in their Truck Driver Shortage Analysis 2015 report. Listed below are some off the study’s key findings:

Despite all of this, Suarez says one beneficial factor helping those in the OTR trucking industry is the recent drop in fuel prices. “One of the key findings discussed how drivers were switching to private carriers due to better quality trucks to drive,” he says, adding, “With fuel prices having fallen as low as they have, OTR companies have been able to replace what was an aging equipment fleet.” This was particular critical because as of two years ago, many of the trucks on America’s roads were the oldest in history, in terms of active fleets. The newer trucks are more luxurious, have a better fuel economy, and ultimately provide a better all-around experience for the driver, strengthening carriers’ chances of both retaining and recruiting.

Taking Action
The drop in fuel prices has also enabled OTR carriers to increase their drivers’ wages a bit. “With lower fuel prices, carriers have been able to put that extra capital towards higher wages for their truck drivers, and this is something we expect to continue in the coming years not only because of ability, but out of necessity as well,” Suarez says, alluding to the increasingly competitive driver market that comes with a shortage like the one the trucking industry is facing.

“Out of necessity” is right, because while the trucking industry faces a shortage of drivers, it certainly isn’t hurting in demand of service, as the industry, compared to other methods of transportation, accounts for 70 percent of all freight transferred across the country, and that number goes up to 80 percent when looking at revenue earned.

In response, Suarez says that companies are aggressively taking action, however, providing drivers with, in addition to increased pay, expanded incentives and application outlets, including more at-home time, lowering the driver age, improving the overall driver image, and hiring more military veterans. “With the hiring of military veterans in particular, we took a big step forward recently with the House and Senate’s passing of the FAST Act, which reforms the Federal Motor Carrier Safety Administration’s CSA safety monitoring systems, making it easier for those returning from service to apply and enter into the trucking industry.”

With wages increasing, entry barriers expanding, and overall driving experiences improving, Suarez says that despite the daunting driver shortage numbers, the future is positive for America’s trucking industry. “The first and final mode of transportation for just about everything involves a truck, and that’s not changing anytime soon,” he says, concluding that, “The industry as a whole is determined to fix the driver shortage issue, and we’re confident that we will accomplish such sooner rather than later.”

About the Author
Rod Suarez is an Economic Analyst with the American Trucking Associations, the national trade association for the trucking industry. Rod has published various reports on the trends facing the trucking industry and the economy as a whole. As an Economic Analyst, Rod is responsible for overseeing ATA’s collection, analysis, and dissemination of trucking, and related, economic information. This includes several monthly trucking economic indicators, motor carrier financial and operating data, an annual freight transportation forecast, driver wage studies, weekly diesel fuel price and economic reports, and a yearly trucking almanac. He holds degrees in Economics and Business from the Johns Hopkins University. Rod’s past experience has included work with the United Nations and the World Health Organization.