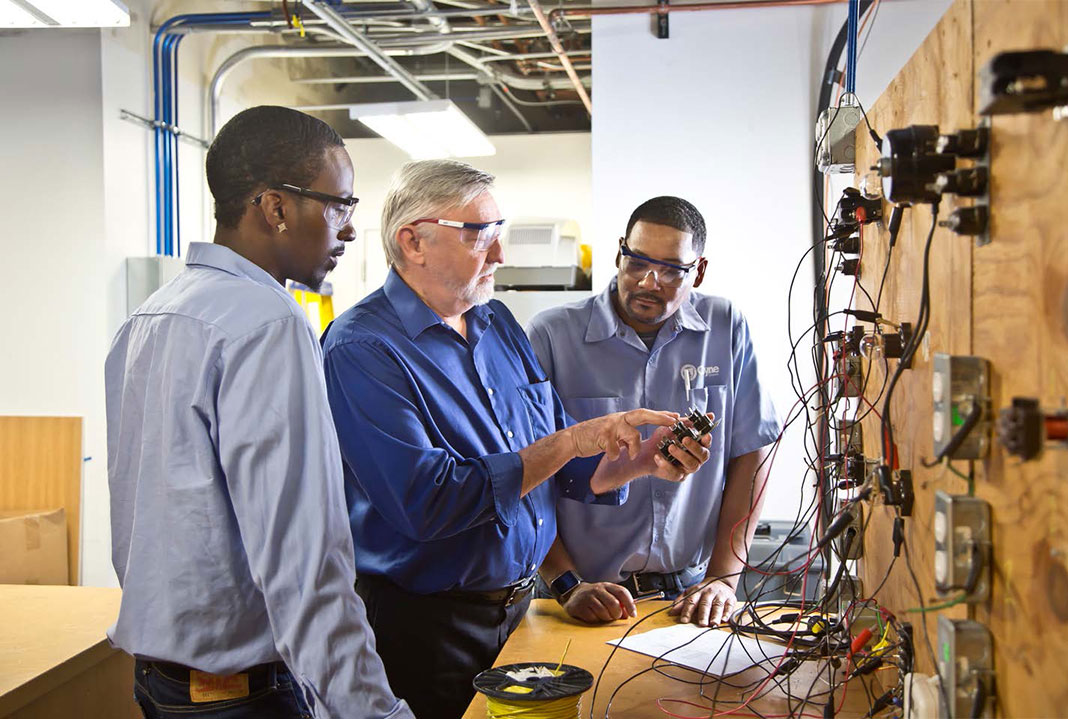 Though trade schools help educate people for a vital segment of the economy, they have nonetheless historically been viewed as less desirable than four-year colleges. Still, trade schools have been steadily expanding over the past five years, with an estimated 0.7 percent growth since 2015. Perceptions of trade school, however, are just starting to catch up with their actual growth.

Read on to learn more about the findings from this study.

In the midst of the coronavirus pandemic, concerns about different educational models and long-term economic security are at the forefront of everyone’s minds. With many tradespeople considered to be essential workers, people are coming to understand the value of a trade school education.

While those numbers are already impressive on their own, even more captivating is to see the shifting perceptions among young people regarding trade school. A national survey in 2019 suggests that only 25 percent of young adults thought trade school would provide them a better future than four-year college. New data from 2020 discovered that this has risen to 30 percent of young adults. This substantial change in just one year highlights the effect the coronavirus pandemic has had on those who are seeking a stable and comfortable future for themselves. 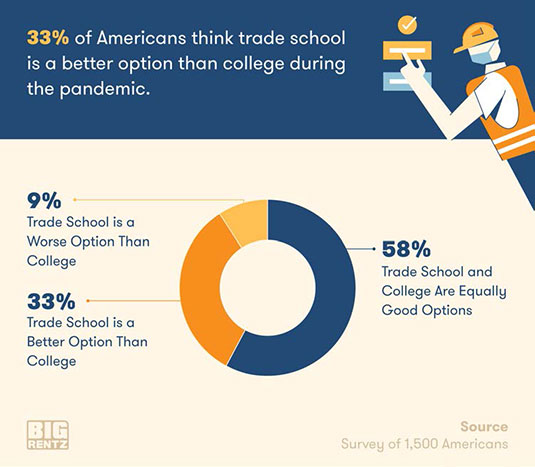 Though the long-term changes in the economy as a result of the pandemic remain to be seen, it is clear that tradespeople will continue to perform vital services in calm times as well as times of crisis. In turn, impressions of trade school are shifting significantly as people recognize the value of this sort of education.

While four-year colleges have numerous benefits, one of the biggest downsides is well-known: cost. On average, a college degree costs nearly $130,000. Because of this enormous financial burden, student loan debt in the United States has ballooned to $1.6 trillion and many graduates spend much of their working lives paying off debt from their college days.

College’s biggest disadvantage turns out to be trade school’s greatest asset. When asked the most compelling reason to choose trade school over college, 35 percent of Americans cited lower cost and less debt. A trade school certificate rarely costs more than $30,000—and frequently much less—and programs are also much shorter, enabling students to begin their careers and start earning sooner.

Additionally, nearly one-third of Americans believed that another compelling reason to choose trade school was a better chance of finding a job. Notably, this number has increased from one-fifth just last year, suggesting a growing belief that studying a skilled trade is a more prudent choice in the midst of the pandemic. Other respondents noted further benefits of trade school education, including job security and shorter program lengths, which highlights the importance of entering the workforce quickly in times of economic uncertainty.

While four-year colleges continue to offer a number of advantages, economic uncertainty and mounting debt seem to be encouraging a shift toward trade schools.

Though the survey results demonstrate clearly that Americans’ impressions of trade school are becoming steadily more favorable, there remains a belief that trade school does not lead to high-paying careers. The study found that just 16 percent of Americans felt that high-paying jobs were among the reasons to choose a trade school program over a four-year college education.

Certainly it is the case that trade school certificate holders earn less on average than their peers with four-year college degrees, according to data from the Bureau of Labor Statistics. That does not suggest, however, that well-paying jobs are non-existent for those who choose professions in the skilled trades.

In fact, hundreds of jobs that can be attained through a trade school education pay significantly more than the U.S. median wage of $49,000 per year. Among those professions are those who repair construction equipment ($73,000 per year) as well as dental hygienists ($75,000 per year). While specific professions offer lucrative salaries for certificates that don’t require a lot of time or money, entire industries that are accessible to trade school graduates are quite lucrative. For example, the average construction worker makes $74,000 per year, which is $25,000 more than the median earner.

Overall, trade school offers a viable alternative path for those who want a valuable and lucrative education while accruing less debt and spending less time in school.

Quite a bit of uncertainty still remains for the future of trade schools in the United States, particularly as they seek to find ways to safely educate students in hands-on training programs amidst the coronavirus pandemic. Additionally, trade schools always face the problem of largescale economic disruptions like automation which change or destroy entire industries.

Still, the coronavirus pandemic has given greater stature to the educational institutions that provide society with a number of essential workers, those who continue to provide vital services in the midst of a crisis. With a greater desire for job security and lower debt, people are likely to choose trade school in greater numbers over the coming decade. It is excellent to see trade schools gaining the recognition they deserve as a vital part of the foundation of our economy.

About the Author:
Daniel Gray is a writer for Siege Media and BigRentz specializing in the construction industry, mental health, and education. Learn more about Siege Media or contact us on Twitter. 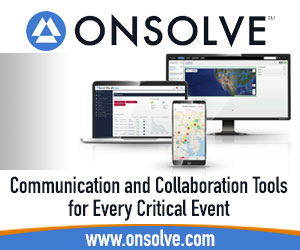