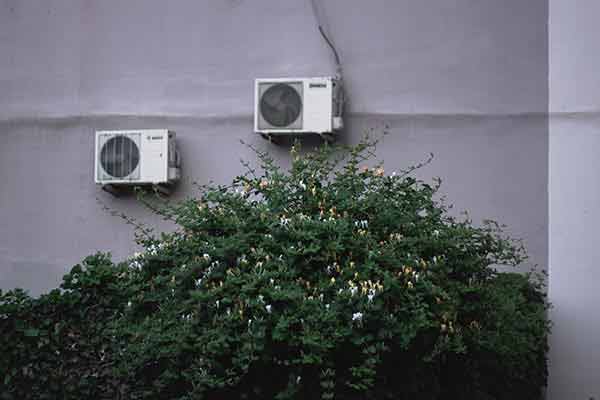 We take a look at how and if air-con units are becoming the norm in the UK and what this means going forward.

It has taken a relatively long time for air-conditioning units to become mainstream in the UK. Now, however, they are increasingly being seen as highly desirable, if not vital. Here is a quick guide to why air-con units are now becoming the norm in the UK.

Cooling a room with fresh air from a window may seem like the ideal option. Theoretically, it might be. In the real world, however, there are multiple issues with it.

In practical terms, probably the single biggest reason why it’s preferable to close windows and doors is to reduce noise. Even in the early days of air conditioning, air-con units were often quieter than the noise let in through windows and doors. What’s more, in peak summer, people often needed fans as well. These made even more noise.

Modern air-con units are practically silent. This is a huge benefit for public spaces, especially workplaces and schools. It’s also useful in domestic homes, particularly since many of them are also functioning as workplaces (and sometimes schools).

Open windows are particularly vulnerable at night. This means that any business that relies on windows for ventilation needs to make sure that they are properly closed every evening. Not only does going around closing windows take up time, but there’s also the potential for human error. Realistically this is especially likely when people are in a hurry to go home.

In a domestic environment, having air conditioning means that you can leave your pets at home with the windows closed and know that they are both safe and cool. Animals, particularly small ones, are often more susceptible to the effects of heat than humans.

Open windows don’t just let in air. They let in anything that can get through the gap between the window and the wall. At a minimum, that’s likely to include pollen, dust insects and general debris. There’s also a distinct possibility that it will include bad smells, at least some of the time. If your window is large enough, it may include some birds and animals.

At best, dealing with these is an inconvenience. At worst, they can trigger allergies. For the most part, these allergies will be minor (e.g., hayfever). In some cases, however, they could be life-threatening.

While health and safety only legally apply to public areas, it’s worth thinking about it in homes too. One important point to note is that allergies can develop at any time. Likewise, the severity of allergy symptoms can also vary over time. In other words, minor allergies can turn into serious ones. It’s therefore highly advisable to be prepared for them.

Air conditioning is more effective than relying on windows and doors

Air conditioning is simply more effective at controlling your internal environment than relying on windows and doors. To begin with, you’re not actually guaranteed to get a cooling breeze when you need it. In fact, temperatures often heat up precisely because there isn’t a breeze. Even if there is a breeze, you can’t control it.

With air-con units, by contrast, you have precision control, guaranteed. This has numerous benefits for people, animals, plants, and objects. Up until fairly recently, these benefits had to be set against the high cost of running air-con units. Now, however, air-con units have become much more energy-efficient and hence much more economical to run.

Here are some of the key health and wellness benefits of air-con units.

Safeguard against the effects of heat

This is probably the single most important use of air-con units. Heat can literally kill humans, particularly more vulnerable ones such as the very young and the very old. It can easily kill pets. Even if it doesn’t, it can do serious damage.

Heat has become more of an issue in the UK’s buildings due to modern insulation. This helps to keep homes warm in winter, but it also traps heat indoors in summer. Air-con units help to counterbalance its effect.

Dehydration can make both humans and animals feel unwell. Excess dehydration can be fatal, although this would be extremely rare in the UK. Dehydration also affects household objects, especially those made of natural materials.

On the flip side, air-con units also help to protect against humidity. Excess humidity is unpleasant itself. It also encourages mould and bacteria. These can create significant health hazards, especially for people with pre-existing respiratory conditions.

Humidity has become a growing problem as modern insulation makes it harder for water to exit buildings through natural evaporation. Air-con units address this by creating a way for air to circulate and hence dry out the building.

This is a growing problem in the modern world due to the increasing use of electronics. These often generate significant amounts of heat. Air-con units help to keep people cool and hence better able to focus. As a bonus, they also help to prevent electronics from overheating. This can make them last longer.

If a room is excessively warm, many people will struggle to sleep. Fans can help with this but they are often both expensive and noisy. Air conditioning is usually a much better alternative.

Makes it easier to exercise

If people are on the move, whether that’s at work, at play or working out, then air-con units make life much pleasanter for everyone.