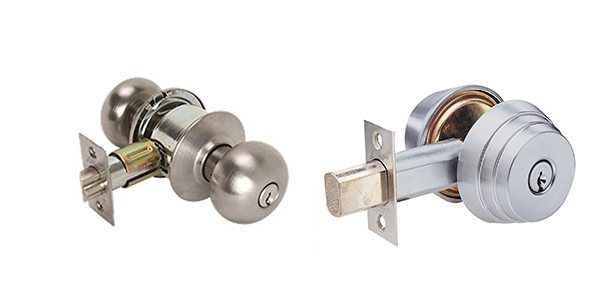 Arrow Lock Manufacturing began as a family-owned manufacturer of lock products in 1949, when the Dodgers were still in the company’s home base of Brooklyn, N.Y. It remained family-owned for 22 years – during which it established an industry-leading reputation for its tubular and cylindrical lock sets and accessories, and then enhanced its market leadership by adding heavy-duty mortise lock sets to its product line.

The company’s 1971 acquisition by the Kiddie Corporation established a synergy that proved crucial to Arrow Lock’s development. Kiddie was comprised of many subsidiaries: Curries Company, a manufacturer of hollow metal doors and frames; Graham Manufacturing Company, a producer of wooden doors; McKinney Products Company, with its line of hinges and washroom accessories; and Sargent Manufacturing Company, a maker of architectural hardware. It was in the relationship between Sargent and Arrow Lock that the synergy was most apparent; because both companies manufactured architectural hardware, they could combine research-and-development activities. The resulting economies of scale, and the benefits they provided, solidified a relationship that continues today, with each company using the other as vendors for several products.

The ASSA AB division of Securitas AB of Sweden acquired Arrow Lock in the early 1990s. In 1994, Securitas AB and Metra Oy of Finland spun off their respective lock divisions to form a new corporation, called ASSA Abloy AB and headquartered in Stockholm. This created the base for the corporation to begin building itself into the world’s leading manufacturer and supplier of locks and associated products. More acquisitions followed. Vachette S.A. of France, FAB A.S. of the Czech Republic, Lockwood Security Products of Australia, U.S.-based Medeco High Security Locks and a host of others combined to form an organization that now enjoys leading market positions in Israel, Sweden, Finland, Germany, Australia, Belgium, the Czech Republic, Mexico, France and the United States.

The Name for Security
Arrow Lock’s wide array of products offers security solutions for commercial and residential applications. The company’s line now includes mortise locks, lock sets, deadlocks, key systems, interchangeable cores, door closers, exit devices and exit alarms. The company maintains its leading market position by providing three core benefits to its customers: value, advantage and recognition. First, Arrow Lock adds value to the end user’s project through its commitment to competitive pricing. Secondly, it offers end users the advantage of being able to draw from a complete line of locks, exit devices, door closers and cylinder options. Its hardware satisfies the requirements of most door openings while allowing for maximum security and aesthetics. Finally, because Arrow is a principal player in the industry, its name adds to the attractiveness of the project. Arrow Lock is recognized as a leading manufacturer of locking hardware, door controls and key systems, both in new construction and in the after-market or replacement sectors of the industry.

The company enhances that leadership reputation through its product-development efforts. Its exclusive “Overdrive” feature, allowing a locked lever to rotate freely without retracting the latch, adds to the durability of many of its products. Arrow Lock’s products are marketed by independent sales agents, each bound by the company’s distribution philosophy and by designated territories.

Arrow Lock’s leadership includes President Charles Armstrong, Chief Financial Officer Gary Cadigan and Director of Manufacturing Paul Taylor. They head a company that numbers nearly 300 employees, more than 1,000 clients and revenues approaching $40 million. Its manufacturing still takes place at the Brooklyn facility, which boasts almost a quarter of a million square feet. The company also has two branch operations – one in Huntington Beach, Calif., which serves as a warehousing unit to enable prompt delivery to customers west of the Mississippi River; and another in Ontario, the administrative headquarters for Arrow Lock’s Canadian operation. Arrow Lock markets primarily to American wholesalers, especially to those in the East Coast corridor from Maine to Florida. Its parent company-based global affiliation connects it to Saudi Arabia and other Mideast countries, and to the Far East.

Recently, the company has been concentrating on the expansion of its higher-margin after-market business, which will focus on replacement hardware in schools and universities, hospitals, housing complexes and other commercial installations. Testimony to the Arrow Lock quality can be found in nationally recognized sites such as Harvard University, Camden Yards in Baltimore and Bristol Motor Speedway.

The Keys to Growth
Arrow Lock’s future bodes well. Capital investments have upgraded its production facilities to state-of-the-art quality. The company has spent close to $1 million over the past couple of years, culminating with the purchase of two robotic polishers at a half-million-dollar price tag, and a cylinder assembly machine at close to $200,000. It has also applied for patents on a number of new items whose production is slated to begin during the third quarter of 2001. Other future plans center on decreasing inventory and reducing overhead.

Arrow Lock looks toward the future, but it also remembers to glance backwards to the past. Part of the reason for the company’s success is the value that is placed on the relationships that it has developed since the very beginning. Quality products that are competitively priced aren’t enough. The right relationship, if not everything, certainly is important.