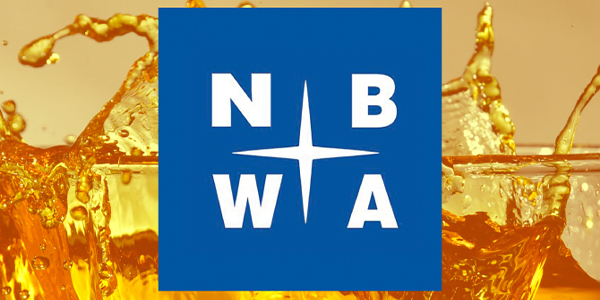 Beer has always been a part of American culture. In 1620, the pilgrims landed on Plymouth Rock because beer supplies were running low. During revolutionary times, when the founding fathers gathered to discuss a free and independent nation, the meetings were often held in local taverns. Today, beer continues to be enjoyed responsibly and moderately by more than 90 million adults of legal drinking age.

The U.S. beer industry is a significant contributor to our federal, state and local economy, providing billions of dollars in wages and taxes. It is so significant, in fact, that it is included in the basket of goods the government uses to calculate the Consumer Price Index.

Made up of more than 2,400 brewers and beer importers, 1,900 beer distributors and 750,000 retail establishments, the industry’s economic ripple effect is far reaching. The industry also benefits companies that provide products and services essential to the production, distribution and sale of malt beverages such as packaging manufacturers, shipping companies, agriculture, and other businesses whose livelihood depends on the beer industry.

and benefits. The industry pays over $30 billion in business, personal and consumption taxes, including $9.2 billion in excise taxes.

Not your ancient beer

In ancient times, beer was flavored with herbs such as coriander, rosemary and lupine. Eventually, Northern Europeans learned to use hops instead. Hops added flavor to beer, made it clearer, and helped to preserve the product.

Today, the basic ingredients of beer are barley grain for malt, the hop vine flower to give beer its mellow bitterness, water and yeast for fermentation. Certain varieties of beer also use rice, corn, wheat, sorghum and other grains. Brewers purchase more than $850 million in raw materials from farmers across the country, including the following:

15 million pounds of hops from Idaho, Oregon and Washington.

The industry also purchases equipment and machinery for breweries, packaging for beverages, shipping services, and marketing and advertising services. Each year the beer industry spends billions of dollars for these essential products and services.

These businesses in turn purchase products and services from other businesses, continuing the spread of economic benefits. And employees in all companies spend their earnings on personal purchases. Economic activity started by the malt

beverage industry generates output and jobs in hundreds of other industries, often in states far removed from the original economic activity.

Many Americans are unaware of how beer makes it from breweries to store shelves and do not realize that there is a complex system in place that ensures the safe, orderly sale and distribution of malt beverage products. As a unique product, it is important that the transition of beer from supplier to consumer be handled in a way that provides accountability to the state in which the beer is sold.

Under the distribution system for beer, otherwise known as the “three-tier system,” distributors source beer from a wide variety of brewers and preserve the perishable products in a temperature-controlled warehouse. The distributor then delivers customized inventory to a vast network of large and small retailers including restaurants, bars and neighborhood stores.

After delivery, the distributor continues to monitor retailer shelves to ensure product freshness and integrity. The distributor’s delivery infrastructure, including climate-controlled warehouses and fleets of trucks and vans, along with warehousing, delivery, driver and merchandising personnel, ensures the efficient and safe delivery of a wide range of products, resulting in immense consumer choice at a great value. At the same time, distributors work with state regulators to ensure accountability of these unique products and that excise taxes are collected on these products.

Beer distributors allow all beer brands, from nationally-known beer brands to the smallest local microbrews, equal access to the market. This helps ensure a level playing field between large and small brewers and large and small retailers.

Distributors also help small brewers grow and compete by maximizing their sales reach – they unlock the market for startup and small beer brands and other innovative beverages. Consumers benefit by having the choice between the largest international brands and the smallest local brands, all on the same store shelf, restaurant list and bar tap. Distributors provide the infrastructure brewers need to reach a wide network of retailers.

Due in part to a strong three-tier system of distribution that ensures a wide variety of products get to market safely and efficiently, the beer industry’s contributions to our economy continue to grow. Thus far in 2006, beer sales are on the rise, with aggressive growth in the craft and import categories.Consumer interest in beers, ales, and other malt beverages is also on the rise. Today there are more than 3,500 malt beverage brands, more than three times the number of a decade ago. Because of the growing popularity of microbreweries and brewpubs, there are now five times more breweries in the country than a decade ago. U.S. brewers also continue to develop growing markets abroad, now exporting products to nearly 100 countries.

The beer industry also plays a key role as a positive force within communities to promote responsible consumption of its products by those of legal drinking age.

America’s beer industry sponsors thousands of education and public awareness programs that help stop drunk driving and fight illegal underage purchase and consumption. These efforts, along with those of parents, teachers, teens and community leaders, have contributed to the steady decline in illegal underage drinking over the past two decades. The success of these activities is reflected in several national studies that show significant reductions in underage drinking.

Furthermore, the nation’s malt beverage producers and distributors are dedicated to enhancing the quality of life in neighborhoods large and small. Through charitable contributions, civic and community support, the beer industry provides emergency and disaster relief, fund scholarship programs, and sponsors local festivals and entertainment events.

Like all successful businesses, beer distributors, brewers and retailers are responsible businessmen and women and employers to thousands of U.S. citizens across the nation. Together, all three segments of the U.S. beer industry continue to provide American consumers with the best possible product to be enjoyed by more than 90 million adults across the nation: beer.

Craig A. Purser, CAE, is president of the National Beer Wholesalers Association; an organization representing more than 1,900 licensed independent beer distributors with operations servicing every congressional district and state across the country. For more information please visit: www.nbwa.org