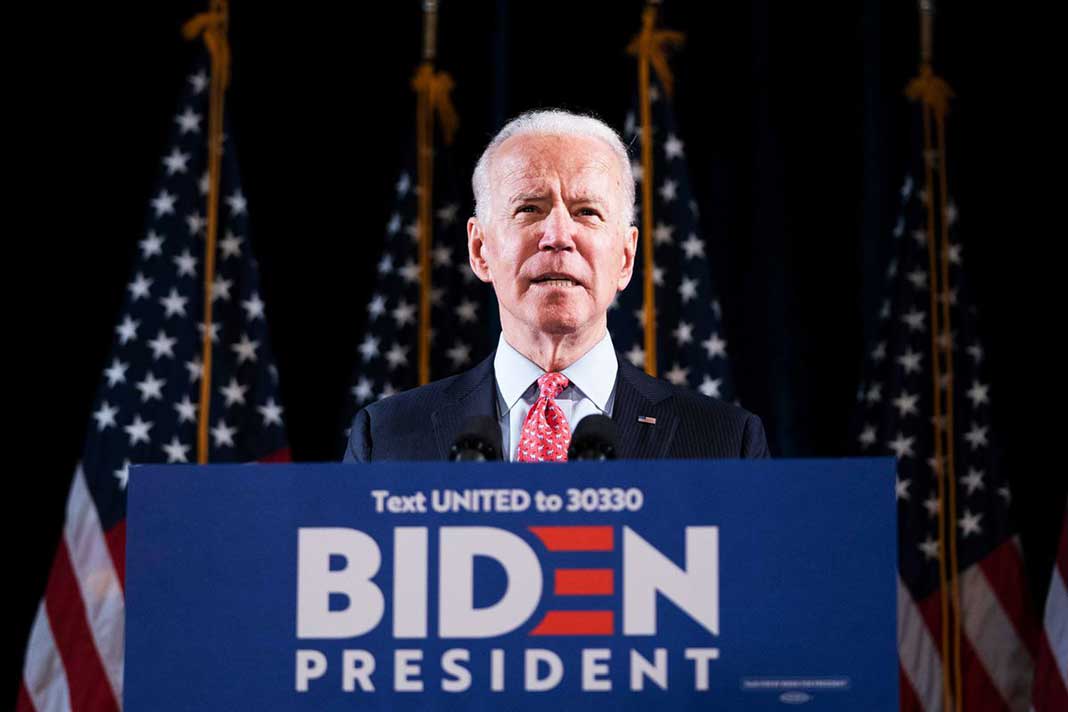 Biden’s plan for rebuilding U.S. supply chains to ensure access to critical products just came out and are not terribly serious at present.

Joe Biden’s plan for rebuilding U.S. supply chains to ensure American access to critical products like healthcare goods came out yesterday, and any fair reading would have to conclude that these proposals are about as serious as the presumptive Democratic Presidential nominee’s proposals in related areas – like China policy. That is to say, they’re not terribly serious at present.

As with China policy, the first concern entails credibility. In 2011, when Biden was Barack Obama’s Vice President, the Commerce Department issued a report detailing all sorts of dangerous vulnerabilities in U.S. supplies of all manner of vital healthcare goods. The “Obama-Biden administration” did absolutely nothing in response – unless you count avidly pursuing offshoring-friendly trade deals, like the Trans-Pacific Partnership (TPP) that were bound to worsen these vulnerabilities. You could also throw in a record of continually coddling the trade and broader economic predation practiced by China, which surely fostered similar results.

As a result, it’s legit to ask whether any of these proposals will survive Day One of a Biden presidency.

In this vein, it’s more than a little disturbing that Biden proposes to use the Defense Department’s policies to minimize supply chain vulnerabilities as his model for addressing such problems for a wide variety of products –not just healthcare-related goods. These include “energy and grid resilience technologies, semiconductors, key electronics and related technologies, telecommunications infrastructure, and key raw materials.”

Unfortunately, the principal lessons taught by the Defense Department’s record on supply chains are how to duck the problem or define it out of existence, and the administration in which Biden served was no exception. Some of the biggest specific problems (as made clear in this Obama administration report):

>Its treatment of globalization’s challenges placed major emphasis on taking “advantage of emerging capabilities, regardless of where they originate,” not maximizing domestic production capabilities.

>Although specific vulnerabilities – and the related need to maintain or rebuild adequate domestic capabilities – were acknowledged, this vulnerabilities were consistently portrayed as isolated holes that could somehow be plugged without taking into account the dependence of these narrowly defined products on their own supply chains. Indeed, Biden’s new plan seems to reveal a similar flaw when it describes itself as “a set of targeted proposals to ensure the United States has the domestic manufacturing capacity necessary for critical supply chains.”

>Moreover, the Department has long supported objectives such as interoperability with allies’ armed forces and maintaining traditional – pre-Trump – global systems of what it defined as free trade, both of which often clashed with the goal of incentivizing domestic production. These goals were explicitly stated in this George W. Bush administration report, and here’s no evidence that the Obama-Biden Pentagon ever disagreed.

Indeed, the new Biden blueprint indicates that the former Vice President’s definition of supply chain security is pretty global, instead of national, as well:

“Instead of insulting our allies and undermining American global leadership, Biden will engage with our closest partners so that together we can build stronger, more resilient supply chains and economies in the face of 21st century risks. Just like the United States itself, no U.S. ally should be dependent on critical supplies from countries like China and Russia. That means developing new approaches on supply chain security — both individually and collectively — and updating trade rules to ensure we have strong understandings with our allies on how to best ensure supply chain security for all of us.”

If America’s allies were proven reliable suppliers of these products themselves, Biden’s perspective would make sense. But the list of countries that have recently hoarded medical goods for themselves as soon as the CCP Virus pandemic’s full dangers became apparent included most of these allies – meaning that the U.S. vulnerability problem far exceeds “China and Russia.”

Nor is it entirely evident how clearly Biden has thought though the tax policy provisions of his plan. Tax policy’s role is clearly viewed as crucial, as the plan emphasizes that

“Pharmaceutical offshoring has been heavily driven by tax code provisions that have encouraged companies to locate pharmaceutical production in low-tax countries even where those countries have labor and other costs comparable to the U.S.”

Consequently, Biden says he will “eliminate Trump Administration tax incentives for offshoring and pursue other tax code changes that will encourage pharmaceutical production in the U.S.”

At the same time, Biden favors raising the overall U.S. corporate tax rate from the 21 percent to which it has recently been lowered to 28 percent, along with a 15 percent “minimum tax” on large corporations. So good luck to drug companies – or any other companies making goods deemed critical by Biden – gleaning clear reshoring or domestic production ramping signals from this combination.

Perhaps any confusion will be cleared up by other alleged Biden measures to boost U.S.-based production – like “new targeted financial incentives, including tax credits, investments, matching funds for state and local incentives, R&D support, and other incentives to encourage the production of designated critical materials such as semiconductors in the United States”? At best, business will surely need to see many more details along these lines before committing the needed capital.

Unless maybe as President, Biden will simply mandate that the needed new facilities will be built when all else fails (as well as in tandem with those other policies)? That’s obviously the implication of his promise to use the Defense Production Act (DPA) “to its fullest extent to rebuild domestic manufacturing capacity in critical supply chains, using the lessons learned from the COVID-19 pandemic and applying them to our national needs.”

Or does Biden actually view the DPA as his primary tool for “generating the domestic mobilization we need”? That seems like a reasonable conclusion, especially given that it’s the first specific measure he mentions. Maybe instead he’s really talking about using the Act simply “to direct U.S. companies to ramp up production of critical products that will be needed over the near-term.”

Regardless of Biden’s real intentions, though, it’s anything but clear how Biden believes the DPA can be used to increase U.S. production in many of the industries he mentions as vital where such output has largely migrated overseas That’s especially true for the “semiconductors, key electronics and related technologies, [and] telecommunications infrastructure” he specifies. It’s sure going to be far more difficult than, say, ordering auto companies, to make ventilators.

It’s just as unclear how these Biden’s ideas can succeed without a much stronger trade policy dimension – and specifically, continued and even expanded tariffs. And it shouldn’t be limited to straightening out the muddled views mentioned above.

Specifically, maintaining levies on chronically subsidized and dumped products like metals, along with sweeping tariffs on systemically protectionist China (and on other similar countries) would send the all the companies and sectors concerned an invaluable message. Bipartisan endorsement of these protections would demonstrates that they really can have confidence that new investments won’t be decimated by trade and broader economic predation. Just as important, an enduring commitment to tariffs would help convince overseas competitors (domestic and foreign owned) that if they want to sell the products in which they have big edges to Americans, they’ll need to make these products in America.

The good news is that at least some of these mysteries may be cleared up “soon,” when this Biden plan promises the former Vice President will release his “comprehensive strategy to create American jobs through modern American manufacturing.” The bad news is that if he what he’s said and written so far is any indication, he’ll have a lot of rewriting to do.