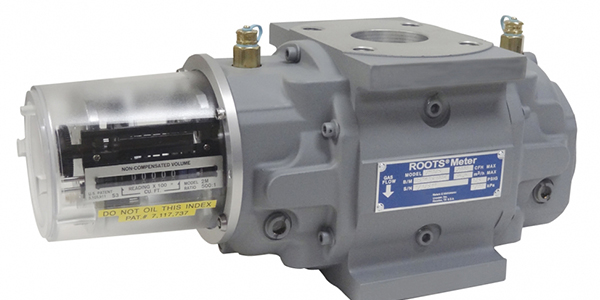 In its 150th year, Dresser ROOTS, manufacturer of rotary positive displacement blowers, is continuing to enhance its machines by making them smarter.

It seems to be the nature of the technology that enables anyone connected with it to draw on a fountain of intelligence. Making smart use of these blowers since the 1860s has swung from the realm of the absurd to highly ingenious, and it is this range of applications that perhaps presents the company in its current configuration its greatest challenge and broadest range of successes.

With a current concentration on wastewater treatment that is poised to revolutionize the industry, Dresser ROOTS has seen myriad uses for its blower technology in industries ranging from chemical processing to pulp and paper, pneumatic conveying, agriculture and plastics. Other applications have helped to place the company on various additional technological maps, albeit, briefly. One was the conveyance of chicken eggs, purportedly adopted for a short period years ago. The most famous, however, and apropos of the New York City subway’s centennial, involves the role the Roots’ blower played in powering the first subway car.

Tunnelvision
It happened this way: In 1854, Francis and Philander Roots were woolen mill owners in Connersville, Ind., attempting to improve efficiency in their mill’s power system; this system eventually failed when the wood lobe impeller’s water wheel warped and jammed when put to use. In the course of investigating the problem on dry land, one of the brothers turned a shaft and rotated the pair of impellers. The impellers produced a large wind force, blowing off the other brother’s hat. At that point, the brothers made a smart move: concentrate on the blower technology.

Nearly a decade later, as New York City was experiencing major urban problems through its burgeoning legion of commuters, inventor and patent lawyer Alfred Ely Beach realized there were two possibilities for moving passengers, by either building a road above ground, or below. Underground ultimately proved the more viable option, but how to move the people carriers? Steam engines would be too dirty and horses impractical. Beach soon learned of the Roots brothers and their positive displacement principle. But the next roadblock came in the form of politics: notorious New York City politician Boss Tweed was planning construction of an elevated railroad straddling Manhattan, which would make him a pretty penny. Seeing the underground tunnel a threat, he applied all the political power at his disposal, which ultimately prevented Beach and his investors the charter to begin work on a subway system. Beach, however, persevered, and formed the Pneumatic Dispatch Company, which he led officials to believe was in business to construct two tubes, each four- and one-half feet in diameter and approximately one-half-mile in length, to transport packages under Broadway between Warrant and Cedar Streets. Because this was of no interest to Tweed, Beach received his charter, and began building his 312-foot subway on the sly.

Used to propel a nine-foot-diameter cylindrical tube that held a wooden subway car through the tunnel was the “ROOTS Patent Force Blast Blower,” nicknamed the “Western Tornado” by the workers. The blower was 21-1/2 feet high with 16-foot long impellers. Powered by a 100hp steam engine, the Roots blower operated at 60 rpm and produced 100,000 cubic feet of air per minute. The system drew air in through a valve and blew it forcefully through the tunnel. The Western Tornado blew the 22-passenger car to Murray Street “like a boat before the wind.” At the Murray Street terminus, the subway car would trip a wire that ran the length of the tunnel. The wire would ring a bell back at Warren Street, alerting the engineer to reverse the blower, and suck the car back to the starting point, “like soda through a straw.” Air entered the tunnel by means of an intake-exhaust grating installed on the surface of the street. The Roots blower provided a clean, quiet, smooth ride that topped out at a speed of 10 miles an hour. During the first year of operation, the blower moved 400,000 people from Warren to Murray Street and back. The subway operated from its debut on February 26, 1870 until 1873, when Tweed put the brakes on the project. For two years, Beach tried in vain to propose subway plans that were beyond the grasp of Tweed’s powerful reach. Finally, in 1873, after Tweed was removed from his perch, Beach’s bill gained approval.

The rest, of course, is history: On October 27, 1904, the first of New York’s subway lines went into operation (Beach was long gone from the picture), and Dresser ROOTS was launching what was to be another 100 years of supplying critical blower power to industrial users.

Positive Move
Director of Sales and Marketing John Parrish says; “The Roots’ brothers positive displacement concept compresses air by two rotors’ rotation. Rotors do not come into contact under the high-speed rotating and no lubricating oil is needed between rotors so the blowers can transport clean and non-oil mist air. The process involves air input, which is embraced by the cylinder and rotor, followed by air discharge.”

Prior to 1919, the company introduced three-lobe ROOTS blowers, which are now manufactured using precision CNC machining, enabling a perfect gap to promote air performance, while lowering vibration and noise. For variable pressures with constant volumes, ROOTS rotary positive blowers and vacuum pumps provide pressures from 1 to 20 PSIG, flows from 2 to 40,000 CFM, and vacuums up to 28 inches Hg. For constant pressures and variable volumes, ROOTS centrifugals deliver pressures to 50 PSIG and capacities from 4,000 to 300,000 CFM.

With headquarters in Houston, the original facility still operating in Connersville, Ind., and a third site in England, the company, quite smartly, has applied its technology to only those industries in which it sees its biggest gain, and one of these is wastewater treatment. In fact, Dresser ROOTS, now owned by $1.8 billion Dresser, Inc., is the first company to apply pressure blowers to the treatment of waste. In this application, the blower supplies the needed air in aeration tanks. The air contains oxygen that, through biological process, takes out the bad bacteria from the solids; from there the matter is chemically treated and then discharged as effluent. Other applications include suction fixing, particles transport, drying, cleaning, furnace, suction moving systems, printing press paper feed, and filtering.

“We’ve begun to put an emphasis on the wastewater treatment market,” explains Parrish, “and add value to this technology through controls capability.” These controls are able to monitor various conditions, and give direction to the blower to open or close, depending on specific customer requirements.

ROOTS blowers are used in machines such as high-powered steam cleaning vacuums. For iron ore reduction in mining processes a ROOTS blower is used to circulate gas in the combustion chamber to bring the raw material to a pure state in the reactor process. ROOTS blowers are also used for pressure treating lumber, as a way to embed the solution into the lumber. For one user in the metals industry, Dresser ROOTS has built the largest blower in the world, with a 36-inch gear and 72-inch lobe.

“From a marketing aspect, we have so many possible applications and markets, the possibilities are endless,” Parrish says.

Growth, he adds, will take place through global expansion. “We’re looking to expand globally in our aftermarket business and to open strategically located service centers in China and Mexico and mainland Europe,” Parrish says. “The hope is that by establishing service centers in those locations, we know we’ll be in a position to quickly service the product and continue to increase business.”

As Dresser ROOTS seeks to expand its presence across the globe, the company will no doubt find even more ways in which its proprietary pressure blower technology can be applied. Who knows what invention will hinge on the use of a ROOTS machine? A futuristic space vehicle? Another egg conveyor? For the good of inventors everywhere, Dresser ROOTS has the system that will respond to the simplest – and most complex – of needs.