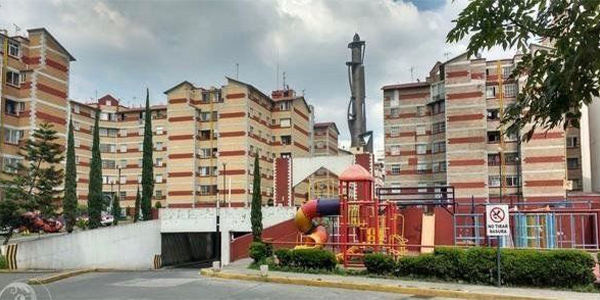 The American dream of home ownership has gone south, as a growing professional and middle class has created a rising demand for residential construction in Mexico. According to Inmobiliare magazine, “The demand for new homes generated by strong growth in Mexico’s adult population is still perhaps one of the strongest trends affecting the housing sector. A strong rate of household formation is expected to support demand for over 800,000 new homes each year between now and 2020. As government agencies, private-sector lenders and even developers offer a growing array of financing options, the number of prospective homebuyers is increasing.”

For the past 10 years, Desarrolladora Metropolitana Demet has built on this housing boom with a unique strategy that combines vertical integration with a tight market focus. “We acquire properties for development, and we do the architectural design, construction and property marketing. We also focus exclusively on development in Mexico City, specifically the Federal District and in the state of Mexico that represents about 22 million people, which is the most dynamic in the country in terms of growth and opportunity,” notes Bernardo Riojas, chairman. “Being a specialty regional player that is involved in all phases of construction – from acquisition to development to sales – is what separates us from most of our competition.”

Key to DeMet’s success is, as the old real estate adage goes, location, location, location. “Our projects range in size from 28 units to 3,000, with the standard being about 150. These are condominium-type units that are specifically designed to appeal to the growing professional and middle class. Mexico doesn’t have the infrastructure that the U.S. does in terms of public transportation and highway systems. Consequently, suburbia is not quite the same phenomenon here as it is in the United States and home development is more concentrated in urban areas. People want to own homes where they work, and that’s usually going to be near or in cities.”

Key factors that are spurring home ownership include a booming Mexican economy and government-backed mortgage loans similar to Fannie Mae. Mexico’s Instituto del Fondo Nacional de la Vivienda para los Trabajadores (National Workers’ Housing Fund Institute) – INFONAVIT – is a government-sponsored home loan agency financed by a 5 percent payroll tax employers pay into a special account for each worker, along with interest collected from some 2.1 million current loans. According to “The State of Mexico’s Housing” report published by Harvard University’s Joint Center for Housing Studies, INFONAVIT loans bear a fixed interest rate of between 4 to 8 percent depending on the income level of the
borrower. To adjust for inflation, the loan balance is indexed to the minimum wage. Payments are made through automatic deductions of 25 percent of the worker’s salary, along with a 5 percent contribution by the employer. The funds accumulated in the worker’s account at the time of purchase are applied as a down payment. “That’s helping a lot of people afford homes who otherwise wouldn’t be in the market,” Riojas says.

Home Appreciation
Of course, favorable conditions mean that land is appreciating in price. “You have to constantly be on the lookout for opportunities,” Riojas says. “Because of our in-house real estate expertise, we’re better positioned to obtain prime properties. We also do a lot of redevelopment where we’ll acquire an existing building and retrofit it for housing. We’ve converted a lot of former industrial buildings and warehouse into housing.”

DeMet has 6,000 housing units equivalent to three million square feet currently under construction. Riojas notes that during the last four years, the value of residential properties has more than doubled. “Units that were going for the U.S. equivalent of $60,000 today are selling for $130,000.” Another indication of prosperity is the low default rate of mortgages. “The industry average if about two percent of all mortgages issued. In Mexico City, as a point of comparison, the default rate is less than one percent.”

Once a property is acquired, DeMet develops an architectural design that fits the neighborhood, obtains all necessary permits, constructs it and then markets the units to potential home buyers. The company also offers prospective purchasers a diverse range of credit plans tailored to their financial situations. “We achieve certain economies of scale by doing all this in-house,” Riojas points out. “Eliminating the middle-man, so to speak, allows us to provide affordable housing to consumers while maintaining healthy profit margins for us.”

Conducting such a range of diverse functions requires a lot of skilled people. DeMet employs about 300 in management, and another 2,000 for direct construction labor. A direct consequence of DeMet’s prosperity in meeting the demands of a booming home construction market is the creation of an expanding subcontractor base. “We have just begun to do some outsourcing to meet peak demand for certain construction services,” Riojas notes. “What’s happening is that our success is seeding entrepreneurship at the small- and medium-sized specialty subcontractor level. There’s enough work and opportunity that some workers are starting their own businesses and have become quite successful.”

And while there are some 10 home building companies that are large enough to conceivably compete against DeMet, Riojas notes that, “We’re the only company that has a totally regional focus with as comprehensive a development strategy. We’ve built brand recognition. Eight years ago, homebuyers wouldn’t have known who was building their homes. Today, consumers may be attracted to our developments because they know the DeMet reputation for quality and service.”

Riojas says that while the housing sector is expected to continue to expand at its current rate, DeMet is considering diversifying into related segments such as building and renting apartments. He’d also like to see additional government subsidy for low-income housing. While Mexico has had a public housing program in place since 1936, the country’s housing shortage continues unabated in large part because of accelerated population growth since the 1980s. “We don’t have the same kind of programs as in the United States to provide affordable housing to lower income families. That’s something we would certainly consider when and if it becomes more economically feasible for us.”

Indeed, according to Harvard’s “The State of Mexico’s Housing” report, “Continued progress in improving the housing market will be necessary to meet the great and growing challenge of providing decent and sanitary housing for all Mexicans. One key challenge will be in improving land use planning and regulation to ensure that sufficient land and urban services are available to meet the housing needs of Mexicans of all income levels. The other principal challenge will be to expand the capacity of the housing finance system to accommodate the large and growing demand for housing. The savings provided by the new public pension system have the potential to be an important source of capital for housing. As the housing finance system continues to evolve it will be important to take steps to ensure that the nation’s many low-income households are also served.”

The report also notes that, “Given continued rapid growth in the population over age 30, household growth will continue rising through the first decade of the…century.” Good news for DeMet. And what’s good news for future homebuyers is DeMet’s capabilities to identify prime locations and build housing that will fit both their financial and familial needs for living space.