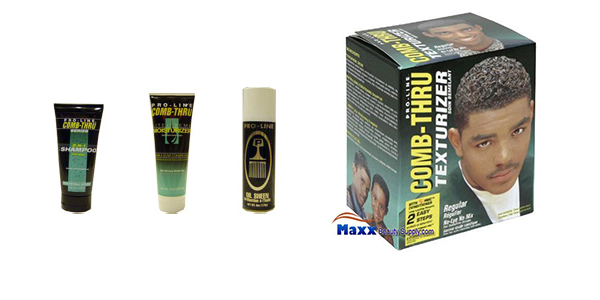 Pro-Line International, the ethnic hair-care products manufacturer, is a family business in more than one sense. Based in Dallas, Pro-Line is managed by Eric Brown, the president, and Renee Cottrell-Brown, executive vice president and daughter of its founder, Comer J. Cottrell Jr. Both Brown and Cottrell-Brown have maintained Pro-Line’s corporate culture, as laid out by Cottrell from the day he opened the company for business in 1970.

“At PRO-LINE International, we consider ourselves family and we consider our community our extended family,” Brown wrote in Pro-Line’s “A World of Opportunities” brochure. “Throughout (the company’s) history, we have taken an active role in not only being good community stewards, but also investors in the future of our community. As founder, Comer Cottrell felt it was important to always have the community share in the vision of Pro-Line. He taught many of us how the organization is empowered through the support and the success of our community.”

The city of Dallas has also shown its appreciation by taking part in a recent reception at the PRO-LINE facility, which was organized under the theme “Renewing an Old Partnership.” Dallas Mayor Ronald Kirk took part in the event, writing a statement of greetings for the brochure. “The contributions of each community are vital to building a world-class, international city,” Kirk wrote. “We are proud that PRO-LINE International calls Dallas home.”

In March 2000, PRO-LINE became part of an even more extended family when it was purchased by Alberto-Culver, the personal-care products giant. The move enhanced PRO-LINE’s already powerful position in the hair-care products market. Today, PRO-LINE stands as the world’s second largest marketer of African-American products. It is also the world’s No. 1 ethnic hair-care salon brand, and one of the most successful companies in any product category in the overall hair-care industry.

Beyond Skin Deep
PRO-LINE’s roster of high-profile branded products includes PRO-LINE Classics, Perm Repair, Soft & Beautiful®, Just For Me®, PRO-LINE Comb-Thru, Soft & Beautiful Botanicals™ and TCB. These brands are among the top products in terms of sales in the entire ethnic health and beauty category. In its literature, the company vows, “At PRO-LINE International, we will create powerful mental images of success and beauty.”

The key to the success of these brands has been innovation. To paraphrase PRO-LINE company literature, innovation makes the difference between a company that is forced to close its doors after only a few years and one that, like PRO-LINE, has thrived through decades of history. The core of PRO-LINE’s product innovation lies in its research and development efforts. The company has assembled some of the most creative minds in the beauty area to form its R&D team, and their commitment and experience has enhanced PRO-LINE’s status as the industry’s chief innovator. Plus, the company employs some of the most stringent testing procedures seen in the beauty industry, and couples these processes with the most advanced technology available.

State-of-the-art equipment has also put PRO-LINE at the top of the table in ethnic products manufacturing. Early on, the company was among the first of the industry’s manufacturers to install bar-code tracking of inventory and online connections with freight companies; today, it is among the most efficient beauty products manufacturers in terms of delivery and order tracking. PRO-LINE also was early in the game as far as electronic data interchange (EDI) and materials resource planning (MRP), which further increased its production efficiency and its ability to be price-competitive in the market. New technologies on all fronts continue to occupy a major share of PRO-LINE’s capital investment.

PRO-LINE has also established one of the beauty industry’s most rigorous quality-control functions. The company’s quality team is fully indoctrinated in its philosophy to never allow any substandard products leave the plant. “The only way to ensure quality is to establish guidelines on what is an acceptable product and what is not,” the company says. “Our customers are assured that when our products leave our doors and enter theirs, they are receiving products that have passed some of the highest quality standards established by current technology.”

Hair Today
As a marketer of consumer products, PRO-LINE has always realized the importance of advertising to the movement of its products. The company maintains a full schedule of advertising using a highly varied mix of media, including outdoor, radio, television and print. It has also been an innovator in the advertising area, being one of the first beauty-products manufacturers to create ad programs for the World Wide Web. PRO-LINE justifiably prides itself on the focus of its ad programs. Its Soft & Beautiful® line is targeted at women ages 25 to 49, and its Comb-Thru offering appeals to men ages 12 to 49. The company also zeroes in on the youth market; its advertising for Soft & Beautiful Botanicals™ aims for women from 18 to 25, and the Just For Me® brand — the first children’s no-lye relaxer hair-care regimen — is marketed to girls from 6 to 14.

Those targets are by no means limited to North America. PRO-LINE has always viewed its market as one of international scope. It continues on its strategy of expanding the number of its distribution centers (DCs); as of today, PRO-LINE has centers located in Europe, the Caribbean, Brazil and a recently opened DC in South Africa.

It’s no wonder that Alberto-Culver was eager to include PRO-LINE in its corporate family. This past March marked the second anniversary of the acquisition that made PRO-LINE a key player in Alberto-Culver’s business. The new corporate parent set up PRO-LINE as an independent business unit, leaving Brown and Cottrell-Brown in place to manage the business. Alberto-Culver also brought two of its own hair-care brands, TCB and Motions, and included them in PRO-LINE’S product mix.

Alberto-Culver has done much more for PRO-LINE beyond brands. As Brown observed in the parent’s 2001 employee annual report, “I’ve seen an acquiring company make any number of promises, but once the acquisition is complete, these promises disappear. In this case, however, (Alberto-Culver) has followed through on the support they promised…throughout the worldwide organization.”

“We’ve been welcomed with open arms,” Cottrell-Brown commented. “It’s been a relatively easy transition primarily because we did our homework. We were certain that Alberto-Culver was the kind of company we wanted to be part of.” Judging by its most recent financial results, there are a good many companies who would like to join PRO-LINE in Alberto-Culver’s corporate family. The company’s fiscal year 2001 sales finished at nearly $2.5 billion, up 11 percent from 2000 sales. Its earnings were $110.4 million, 13.6 percent better than the previous year. Alberto-Culver finished fiscal 2001 with the strongest balance sheet in its 46-year history —more than $700 million in stockholders’ equity, more than $200 million in cash and investments on hand at year end — and adds that 2002 looks to be another growth year for its many brands.

For sure, among the Alberto-Culver brands that will be on the upward curve this year will be those from PRO-LINE. With its focused marketing and advertising campaigns, strong and innovative products, and the support of a well-managed parent, PRO-LINE can look ahead to a well-styled future.