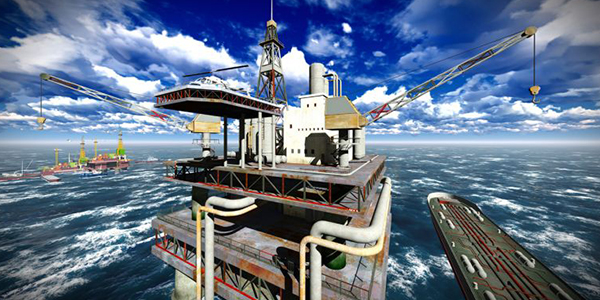 Their leader, Daniel H. Leever, refers to them as the fighting “Clan MacDermid.” During a recent senior leadership session, 100 senior managers from around the world were presented with kilts that they all wore to dinner that evening. At industry trade shows, they have been known to wear plaid jackets and march into exhibition halls behind their bagpiper, often right past their competitors’ booths just to fan the flames of battle a bit.
These are not the athletes of the Scottish Highland Games, nor family members at a clan reunion, nor colleagues in some peaty and ancient Scottish society. Instead, they are the employees at MacDermid, Incorporated (NYSE: MRD), a high-tech manufacturer of specialty chemicals and photopolymers, born an ocean away from the fields of Bannockburn, in the industrial city of Waterbury, Conn.

They take every opportunity to use various gatherings of their sales force, employees, and shareholders to highlight and further explain key aspects of their unique culture and corporate philosophy. They have used movies such as “Top Gun,” “Apollo 13,” and “Braveheart” to illustrate the passion it takes to win and that “failure is not an option.” A full symphony orchestra illustrated the difference between leading, following, and teamwork, and a gathering of 60 bagpipers and drummers helped mark the former chairman’s 60th year with the company. MacDermid proudly embraces the Scottish character of its founders to build its company-wide esprit de corps.

With 2,500 employees in 20 countries and annual revenues of $620 million, MacDermid is a leader in the specialty chemicals industry, providing systems for the metal and plastic finishing, electronics, graphic arts and offshore oil industries. But sharing that same arena are the titans of the chemical world, such as Rohm and Haas and Dupont. On this stage of luminaries, MacDermid considers its feisty, no-nonsense Scottish values to be one of its strategic advantages.

Those values helped MacDermid overcome a one-two punch of rapid expansion and global economic slump, re-emerging now as the solid-footed leader in its industry. “We’re disciplined, family-oriented, and follow the Scottish tradition of not wasting money or time,” says Terrence Copeland, vice president for industrial products, North America. “We make a commitment to R&D and innovation while working to control costs, a combination that is the key to our long-term success.”

A Clan-do Culture
The company’s tenacious nature originates from Archie MacDermid, an immigrant from the Scottish highlands who founded MacDermid in 1922 with a solvent he developed for cleaning steel. Waterbury, a former hub for the metals fabrication industry in the United States, provided the perfect location for his metal finishing business.

In 1938 Harold Leever joined the company and helped develop products for brass and copper plating, which became MacDermid’s core competency. From the start, Leever fostered a spirited company culture, and in 1950, he led a broad-based employee buyout of the company. The new employee-owners drafted a list of company principles, now referred to as the “Corporate Philosophy,” which is proudly displayed on the company’s Web site, and inside each year’s annual report. When MacDermid went public in 1970, a large percentage of the ownership stayed in the hands of employees, a tradition that continues today.

MacDermid made its name in manufacturing chemicals and systems for surface preparation and plating of metal parts, producing everything from anti-corrosive coatings for galvanized nuts and bolts to more decorative “finish coatings” like chrome and nickel plating for automobile parts. With the advent of the printed circuit board, MacDermid created an electronics chemicals division and quickly developed the plating, surface finishing chemistry, and photopolymer materials necessary to fabricate the circuitry on pc boards, typically a 40-step process.

Going Outside the Clan
MacDermid’s long-stated goal is simply “to become one of the greatest industrial companies in the world.” The company invests heavily in its own R&D — about 3.5 percent of annual revenue, says Copeland, but to diversify its businesses, and jump start the company’s growth, in the mid-1990s, MacDermid’s CEO, Daniel H. Leever, son of Harold, embarked on slew of acquisitions. By decade’s end MacDermid emerged as a much larger and truly multinational company, with four distinct divisions.

Its Industrial Products division, based in Waterbury, Conn., produces a wide array of proprietary chemicals for the finishing of metal and plastic parts, including anti-corrosive coatings, cleaners for surface preparation, decorative coatings, and both electrolytic and “electroless” plating processes such as copper, nickel and chrome. Says Copeland, about 40 to 50 percent of the division’s revenue comes from the automotive business. MacDermid sells direct to tier one and two suppliers who in turn sell to the OEMs such as Ford, General Motors, DaimlerChrysler and Toyota.

As circuits become smaller, MacDermid’s Printed Circuit Processing Technologies division, also based in Waterbury, Conn., develops new surface finishes and processes that result in increased yield and functionality and lower cost of application. One very successful example is its Sterling(r) immersion silver process, developed by MacDermid’s R&D chemists three years ago. Sterling replaces more costly final finishes, such as nickel/gold, while serving as a solderability preservative and being more environmentally friendly than solder (which contains lead). The Sterling deposit is also perfectly flat, which reduces defects during the assembly process where electronic components are attached to the pc board. MacDermid manufactures some 250 proprietary chemical and photopolymer products that it sells to 2500 circuit board manufacturers globally. MacDermid’s pc chemical customers, in turn, provide finished pc boards to thousands of end users, including OEMs such as HP, IBM, Sun Microsystems and Cisco, explains Mark Jankowski, vice president of printed circuit technology sales. MacDermid markets its PC Technology products under tradenames such as MACuDizer(r) electroless copper, MACuSpec(r) PPR acid copper, and Aquamer(r) dry film resists.

With the acquisition in late 1999 of Polyfibron Technologies International (PTI), a graphic arts chemical company with annual sales of $250 million, MacDermid became North America’s leading manufacturer of photopolymer printing plates for the flexographic printing industry, according to a study at the time by Janney Montgomery Scott. Its Merigraph(r) liquid and Flex-Light(r) sheet photopolymers print on a variety of substrates for packaging, publishing and commercial printing applications, and its NAPP plates and Rollin offset blankets are used to print newspapers, magazines, brochures and direct mail pieces. These products are made in the company’s facilities in Middletown, Del., Morristown, Tenn., and San Marcos, Cal.

The Canning acquisition brought to MacDermid its “Offshore Fluids” division, which produces environmentally friendly fluids for use in hydraulic systems in undersea oil and gas exploration. The “Oceanic” product range comprises hydraulic fluids used by oil companies to control the wellhead in subsea production. Erifon‚ B.O.P. control fluid and motion compensation fluids are designed for use on floating drilling rigs in deep water applications. These fluids, manufactured in Houston, Tex., and Wigan, England, are marketed worldwide.

Having “The Guts to Fail”
By late 1999, after the run of acquisitions, MacDermid’s annual revenues were headed toward the $1 billion mark; employment had grown tenfold from 350 to 3,500, and its stock had reached an all-time high of $46.75. The growth, mostly through acquisitions, was both rewarding and difficult in that it brought an influx of more than 2,500 new employees who were unfamiliar with MacDermid’s high performance, entrepreneurial, and thrifty culture (frugal as they refer to it). With top management focused on acquisition integration, operations had started to lose its footing. In the midst of all this, the bottom fell out of the technology markets. Suddenly earnings were falling well short of Wall Street’s expectations. By the end of 2001, the company’s stock was at $18. “A combination of the dot-com burst, Y2K, and 9/11 issues brought the industrial products business down 25 percent,” says Copeland. “The story in the pc board industry was worse,” adds Jankowski, “down 65 percent from its peak in 2000. We saw this as a permanent change. The economy and environmental issues drove many of our customers to China, or out of the business completely.”

CEO Daniel Leever decided that the new, larger company needed to get back to the basic principles laid down by its original “Clan members” 40 years earlier. In a videotape distributed across the company, he admonished managers that they were not measuring up to their own standards. On the cover of the 2001 annual report, inside which he bluntly criticized his own performance, Leever placed a quote from his father, the company’s patriarch, who had died that year: “We will continue to be a place of opportunity, where people have the guts to fail.” “It brought to the forefront what our company was all about, and reinvigorated the culture,” says Copeland. “We made some difficult decisions, but we made the changes we needed to make. We got our costs back in line, but held fast on our commitment to extensive R&D, and to sales and service. When the industry started to recover, we were already well-positioned.”

In 2003 MacDermid reported four consecutive quarters of double-digit profit growth, with almost $100 million in operating profit on $620 million in sales. Clan MacDermid appears to be back. In the company’s most recent annual report, the “MacDermid Philosophy” is proudly printed right inside the front cover, as it is every year. One statement in that document stands out: “An easy life, marked by the absence of difficulty, builds neither character nor happiness.” Spoken like a true Scot.