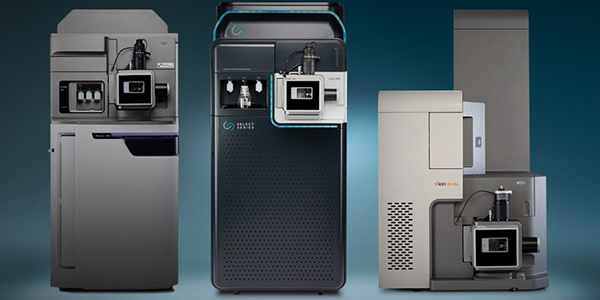 Most people reading this article probably have never heard of this quiet company, even though it is making a loud noise in the pharmaceutical research and development arena. The hardware and software developed and manufactured by this company are destined for great things in our society: They aid scientists in finding the breakthrough drugs that treat diseases and help us all live healthier and longer lives. The company is Waters Corporation, with world headquarters in Milford, Mass.

Although Waters products are instrumental in the work conducted by industrial, university and government scientists in their research and development, quality assurance and environmental testing laboratories, Waters’ primary customers are pharmaceutical scientists and, specifically, life scientists. “Life scientists are concerned with proteins found in human tissue, blood or urine,” says Brian Murphy, manager of corporate communications. “These scientists are particularly interested in understanding which proteins do what and how they interact with one another.”

Waters is a global leader in the analytical instrument industry, supplying scientific laboratories with high-performance liquid chromatography (HPLC) instrumentation and consumables, mass spectrometry and thermal analysis products. The company provides tools to life scientists in four key areas: laboratory instrumentation, chemistries, software and services. During the drug discovery process, the world’s largest pharmaceutical companies use Waters products to help determine which of thousands of compounds might become the next new disease-slashing drug. Once a compound is selected for development into a potential drug, Waters technologies are critical tools that help scientists around the globe assess how these drug candidates might most effectively be delivered safely to humans.

Discovery Channels
Proteomics (the study of proteins) research and drug metabolism studies are two fast-growing applications on which Waters is focused. The 1997 acquisition of Micromass, Ltd., of Manchester, England, allowed Waters to continue its impressive growth, particularly in the area that offers the most significant opportunity. “This acquisition made us a market leader in mass spectrometry,” says Murphy. Mass spectrometers are tools used by pharmaceutical and life scientists to investigate disease processes and drug therapies at the molecular level. They help scientists gain a better understanding of proteins and their influence on the disease process. Most of the recent research indicates that it may soon be possible to understand the roles of tens of thousands of proteins in causing disease. This task will take many years to complete, since scientists estimate that about 100,000 proteins exist in the human body.

Waters leads the industry in the development and manufacture of HPLC equipment and mass spectrometry, products that help scientists conduct the initial phase of drug discovery. “Scientists use HPLC and mass spectrometry together to increase their understanding of what’s happening on a molecular level in living systems,” explains Murphy. “For example, if they learn that a certain protein causes a certain disease, then scientists can go to work to find a small molecule that will bind chemically to a receptor on that protein, and inhibit its ability to do further damage.

The equipment and software Waters manufactures has quickened the entire process of discovery and development for scientists. Although the company has been involved with protein separation equipment since the mid-1980s, it did not have the mass spectrometer to couple with the HPLC equipment in performing the separations. “For discovery and development, you really can’t have one without the other,” explains Murphy. “The HPLC performs a separation on the sample before the separated compounds enter the mass spectrometer. Mass spectrometers typically work best if analytes – either intact or fragmented proteins – entering the spectrometer are cleanly separated from everything else (whether contaminants or drug metabolites) in the urine, blood or tissue samples.” The mass spectrometer provides the molecular-weight information on each protein and confirms its identity.

Data In, Data Out
In addition to the equipment used in these pioneering discoveries, Waters also designs and manufactures the software that complements the HPLC equipment and mass spectrometers. “This is for the front end of the discovery process all the way to the back end of the entire process, including production and quality control,” says Murphy.

Once a sample exits a mass spectrometer, there is a wealth of information developed on that sample, Murphy continues. That volume of information requires computers to process and analyze it. Raw data enters the computer and is then converted to reports, chromatograms or mass spectra.

Scientists use that information to determine what the next step will be in the research and development process. “So the computer software is incredibly important, not only for instrument automation but so that pharmaceutical companies can save this information in perpetuity and readily access it electronically in compliance with the FDA’s Electronic Records and Signatures ruling, instituted in 1997,” says Murphy. “So our pharmaceutical clients producing commercially available drugs require HPLC, although not necessarily mass spectrometry, at the back end of the drug processing.”

Pharmaceutical producers are required to perform about a dozen HPLC tests on every batch of drugs made in their plants. They must then save that information to demonstrate to the FDA that they are operating under good manufacturing practices, and that they are complying with regulations for testing and archiving all of this data. About 70 percent of all pharmaceutical testing is HPLC-related. For these applications, the Waters Alliance HPLC System (introduced in 1995) helped drive the company to higher pinnacles of success and “raised the bar of performance by which HPLC would be measured,” Murphy continues.

From the Basement to the Top Floor
Waters employs more than 3,300 people worldwide, including its subsidiaries: Micromass in England and TA Instruments of New Castle, Del. The company operates two U.S. facilities, employing 1,200 and both located in Massachusetts. The Milford campus is where the software and the scientific instrumentation are developed and manufactured. The Taunton, Mass., facility produces the bulk materials – primarily modified high-purity silica or polymeric particles – used in the separation columns and shipped from Wexford, Ireland, where final assembly takes place. Waters’ facilities in Europe and North America are ISO 9002-certified and produce more leading HPLC packing materials and sorbent brands than any other manufacturer in the world.

Waters has enjoyed significant and impressive growth in its 43-year history. Started in the basement of a Framingham, Mass., police station by entrepreneur James L. Waters, the company reported 2000 revenues of $795 million. James Waters was an industry pioneer with a colorful background as a university mathematics professor, a U.S. naval officer and a project engineer before starting his scientific instrumentation company.

Worldwide sales growth, compounded annually, has averaged a healthy 19 percent for each year from 1996 through 2000. “This includes sales growth due to our Micromass and TA Instrument acquisitions,” says Murphy. More than half of the company’s revenues comes from outside the United States, and Waters is an active partner in meeting international quality standards. The company’s stock trades on the New York Stock Exchange under the symbol WAT.

Now estimated at $4.1 billion in annual sales, the life sciences market continues to grow at a rapid rate. Waters thus looks forward to a strong future as the world’s leading supplier of HPLC and mass spectrometry equipment.