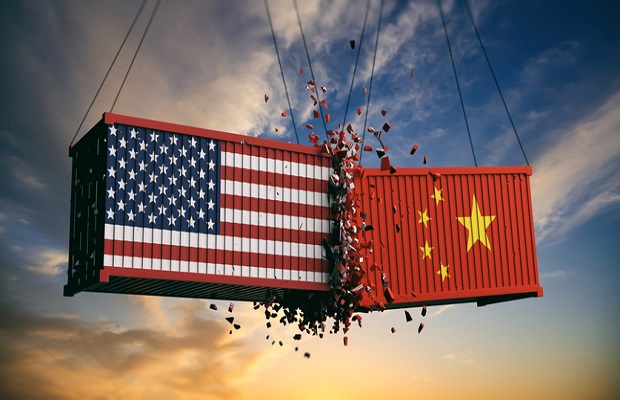 Evidence that President Trump’s tariff-heavy trade policy toward China has delivered considerable benefits to the U.S. during the crisis.

Let’s say you don’t care about America’s still-huge and longstanding trade deficit with China. You should still be up in arms about the trade figures that just came out from the People’s Republic. For they make clear that China this year has been growing at the expense of the rest of the world just as the pandemic it spawned has destroyed massive amounts of income, jobs, and growth around the world.

At the same time, these data should cheer anyone who’s more America First-inclined, since they also provide compelling evidence that President Trump’s tariff-heavy trade policy toward China has delivered considerable benefits to the United States during this crisis.

It’s a maxim of conventional economics that changes in a country’s trade balance determine its role in adding to or subtracting from global growth. More specifically, national economies whose trade balances are worsening (either because surpluses are shrinking, surpluses have become deficits, or deficits have increased) are adding to output worldwide. That’s because such countries are consuming more of other economies’ output, and therefore expanding the demand for these goods and services, more than their own goods and services are taking share of other countries’ markets.

Improving trade balances (either because deficits are shrinking, deficits have become surpluses, or surpluses are increasing) subtract from global growth because the opposite effects are created.

The China trade data I’m talking about only cover its goods (or merchandise) trade. But since China’s two-way global goods trade (totaling $2.1431 trillion for the first half of this year) is nearly seven times greater than its two-way global services trade ($316.27 billion), it’s clearly worth focusing on.

And here’s what the numbers show: From January through August of this year, China’s goods trade surplus with the entire world added up to $327.92 billion. For the same eight-month period of last year, the number was $262.29 billion. That’s an increase of just over 25 percent, and a growth drag this year’s global econmy can ill afford. (Here’s the source.)

In this vein, it’s more than a little interesting that between January and July, 2019 and January and July, 2020, China’s goods trade surplus with the United States fell by 18.14 percent. (The U.S. figures for August won’t be released until early October.) In other words, merchandise trade with China has added to America’s growth.

Of special importance, year-to-date, U.S. goods imports from China are off by 14.71 percent. Globally, according to this source, imports from China worldwide are down only 4.11 percent. (These last numbers vary, but only in a minor range.) Which seems to be a ringing endorsement of President Trump’s stiff and sweeping tariffs on imports from the People’s Republic. Why else would the pattern of China’s trade with the United States this year differ so dramatically from the pattern of China’s global trade?

Meanwhile, on a net basis, it’s not like other countries are making out like bandits in the wake of China’s weak performance. The total American non-oil goods deficit (which RealityChek likes to call the Made in Washington deficit, because it’s the portion of U.S. trade flows most heavily influenced by trade policy, and which comprise the best proxy for U.S.-China trade flows) is up year-to-date, but only by about a half a percent. And U.S. non-oil goods imports are off by 9.79 percent globally – considerably less than the decrease in imports from China.

It’s true that the pace of U.S. imports from China has picked up lately. Indeed, on a monthly basis, they’ve doubled between March and July – nearly twice the 28.34 percent advance in global imports from China during this period. But given the relatively rapid U.S. economic recovery, it’s legitimate to ask where these trade figures would be with no tariffs. Moreover, it’s way too soon to know into which what kind of post-virus-normal and post-Phase-One-trade deal normal U.S.-China, and China’s global trade flows will settle.

So far, however, the numbers tell a reasonably clear story. During the pandemic, China’s trade has strongly subtracted from global growth with countries that have not launched a trade war, and actually added to growth with the country that has.