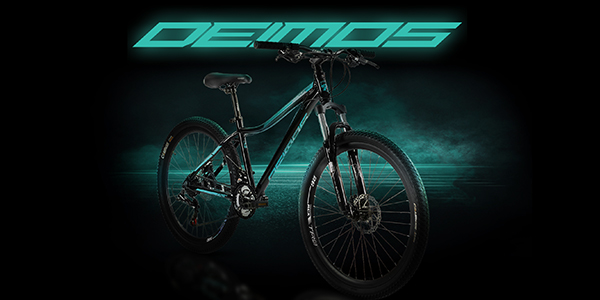 When there is passion for an activity, craft or profession, it is easy to find commitment to pursue one’s goals. Such is the case of Biciclo S.A. de C.V., a 100-percent Mexican company that develops, produces and markets high-tech bicycles, parts and accessories under the brand name Turbo.

The passion for building bicycles stemmed from a family craft. Originally, from Bologna, Italy, the Alessi brothers found in Mexico the appropriate conditions to develop their passion into a business that is successfully serving the local market as well as reaching new grounds.

The company started in 1986 with 25 workers and a first-year production of 8,000 bicycles. Last year, in its 40,000-square-meter plant located in San Luis Potosí, Biciclo’s 850 employees produced 460,000 units. The company’s commitment to quality design, processes and services achieved international recognition in 2004. In February of that year, Biciclo sent its first container of 4,000 Turbo bicycles to Italy, a country that is well known for its tradition in the industry. In this way, the Alessi brothers achieved their goal of creating a leading brand name in the Mexican market and had the satisfaction of exporting these back to their country of origin.

MORE MEXICAN THAN TEQUILA
“We came from Italy in 1969 with our family. My father was a crafted bike builder, and my brothers and I started a small workshop with our good friend and partner Alejandro Jiménez, native from Spain,” said Alessandro Alessi, general director. Soon, the market’s rising demand for the company’s products made it necessary to build the current manufacturing plant in the Industrial Park of Potosí. Biciclo produced 90,000 units during its first year in that location.

Although they came to Mexico as teenagers, the Alessis acculturated rapidly to Mexican culture. They applied themselves to learning the trends and preferences of the Mexican market. The Mexican national bicycle industry is relatively small, with annual sales of 2.5 million units a year. Biciclo has captured 20 percent of that market share, starting with children’s products, adult and competition models, and recently launched a fitness line. Children’s bicycles account for 25 percent of sales, while road, sports, mountain and competition bikes make up 50 percent. Fitness equipment represents the remaining 25 percent.

Male and female models have a different ergonomic design, both for adults and children. “We do not neglect the fact that women’s and girls’ bodies are different, and have different needs and points of impact,” said Alessi. The feminine models consider women’s particular body posture, and offer a different design of the handle and gears.

Turbo bicycles hold a Warner Bros. license, which allows the children’s models to be decorated with characters such as Scooby Doo, Bugs Bunny, and Looney Tunes. Biciclo also sells products with themes of Bubbles, Matrix, and Little Princess.

However, image is not all that is offered. For instance, the Matrix bike for children has front and rear suspension air system. With its high BMX-like handlebar and cushioned seat, kids keep a relaxed position and comfortable ride. Training wheels, a chain cover and covered wheels add safety to children’s bike riding.

The junior models targeting the teenage market include riding, mountain and competition bikes. The names are geared to entice young imaginations, such as Cool Music, Mistery, Zonik, Orbit, Ghotik, and Kompact. The adult models incorporate highly resilient elements such as a combination of carbon fiber and aluminum that reduces weight and increases structural resistance, improving performance and speed. Other models stress stability and control for climbing and cross-tracking, or include double suspension for high performance and power on every terrain. There are mountain and road bikes, triathlon, and track cycling competition types. As an example, the Fussion is a 26-inch mountain bike with 21 speeds and excellent characteristics such as double suspension downhill-like, aluminum frame, brake disc, mega drive and fenders. This bike is designed for extreme tracks.

Some models capture the Mexican traditions in their names, such as Maya or Quetzal. Others relate to the rush of bike riding, such as Furius, Plasma, Kinetic, Dynamik, and Fussion. “We have recently developed models for Audi Mexico. Our designs were chosen among others because of their uniqueness and reliability,” said Alessi. The Audi Ventus was designed with aerodynamic tubes while the Audi Alium is a 26-inch bike that handles any difficulty with 27 speeds. Friction and magnetic technologies have been applied to the fitness line. The magnetic fitness bikes are quiet and sophisticated. Some models are equipped with automatic resistance to simulate a mountain track. The Ibike B1010 carries a programmable computer that includes automatic resistance with 12 pre-established programs, 16 resistance levels and four training modalities. It also offers six interactive functions such as speed, time, distance, calories, power and pulse, and holds pulse sensors on the handlebar. The seat has 11 height adjustable positions with lumbar support. “We focus on the correct mix of value, price, quality and technology,” said Alessi. This mix seems to offer excellent results. Biciclo had a sustained 10 percent growth rate the last five years, with a peak rate of 20 percent in 2000 when they introduced the new fitness line.

NOT ALWAYS DOWNHILL
Biciclo was affected by the crisis of 1995 like many other businesses in Mexico. “There was a paradigm shift in the way of doing and thinking business. We changed our original operational structure and reached out for financial support to OPCAP, a Mexican financial group led by our friend Miguel Angel Olea,” said Alessi. With this new capital influx in 1997, Biciclo expanded its operation looking for new markets.

Five years ago, the company started to concentrate on the European market. Biciclo has consistently participated in the last five international fairs, conducted marketing research with focus groups, and developed sample models to define the type of bicycle that would suit the European preferences. “When we participated at the Milan fair, which attracts 1,100 international competitors, we were proud to see that our products and our exhibit could compare to the best companies out there,” added Alessi.

The design team came up with a line of 23 different samples for that region that included a variety of models, from children to high competition. The vehicles rapidly got the market’s attention, and today they are sold in 65 Italian cities. European sales are channeled through a distributor located in Northern Italy who also services all Turbo units. “Service as well as customer satisfaction are important parts of our marketing policies,” said Alessi. Each time a piece is sold in the European market, the buyer is incorporated to a database to follow up on product performance, to service the unit, and to receive feedback.

In Europe, Biciclo is negotiating with Wal-Mart to enter the United Kingdom. It has additional expansion plans to reach Spain and Belgium, with an ambitious goal of exporting 50,000 units in the next three years. Biciclo is looking to compare to European standards in quality and prices. The vehicles are sold at an average price of $276, comparable to the cost of existing Italian brand names. Through Wal-Mart, it is entering Puerto Rico and the United States. It is also exporting 15,000 units to Honduras and Costa Rica in Central America, and Chile, Colombia, and Venezuela in South America. Expansion plans in Latin America include Guatemala.

MEXICO ON WHEELS
“Globalization demands that we think in more concrete and defined niches. We are trying to position our products at a level that will not be affected by the upcoming Mexican market opening to Chinese products next September,” added Alessi, who explains further that vehicles coming from China and India target low-income market segments while Biciclo will keep its market share in high-tech equipment.

With sales of more than $45 million last year, Biciclo sells 90 percent of its products within Mexico. New models are launched every year for the local and international markets by a professional design team that can produce a new model in 150 days from start to end. With a local bicycle market that grew 10 percent last year, Turbo has the utmost name recognition among young and competitive riders. “We proudly support our own competitive team, the Turbo Bike Team, which has participated in several events nationally and internationally. We also supported Mexican athletes in the Olympic Games on the last two occasions,” said Alessi.

The innovation and creativity of Turbo products is backed by integral and specialized technical support. Biciclo is proud of its leadership and contribution to sports, health and recreation. “Our highest honor was to give the late Pope John Paul II a Turbo bike, which is now exhibited at the Vatican museum,” Alessi says proudly.