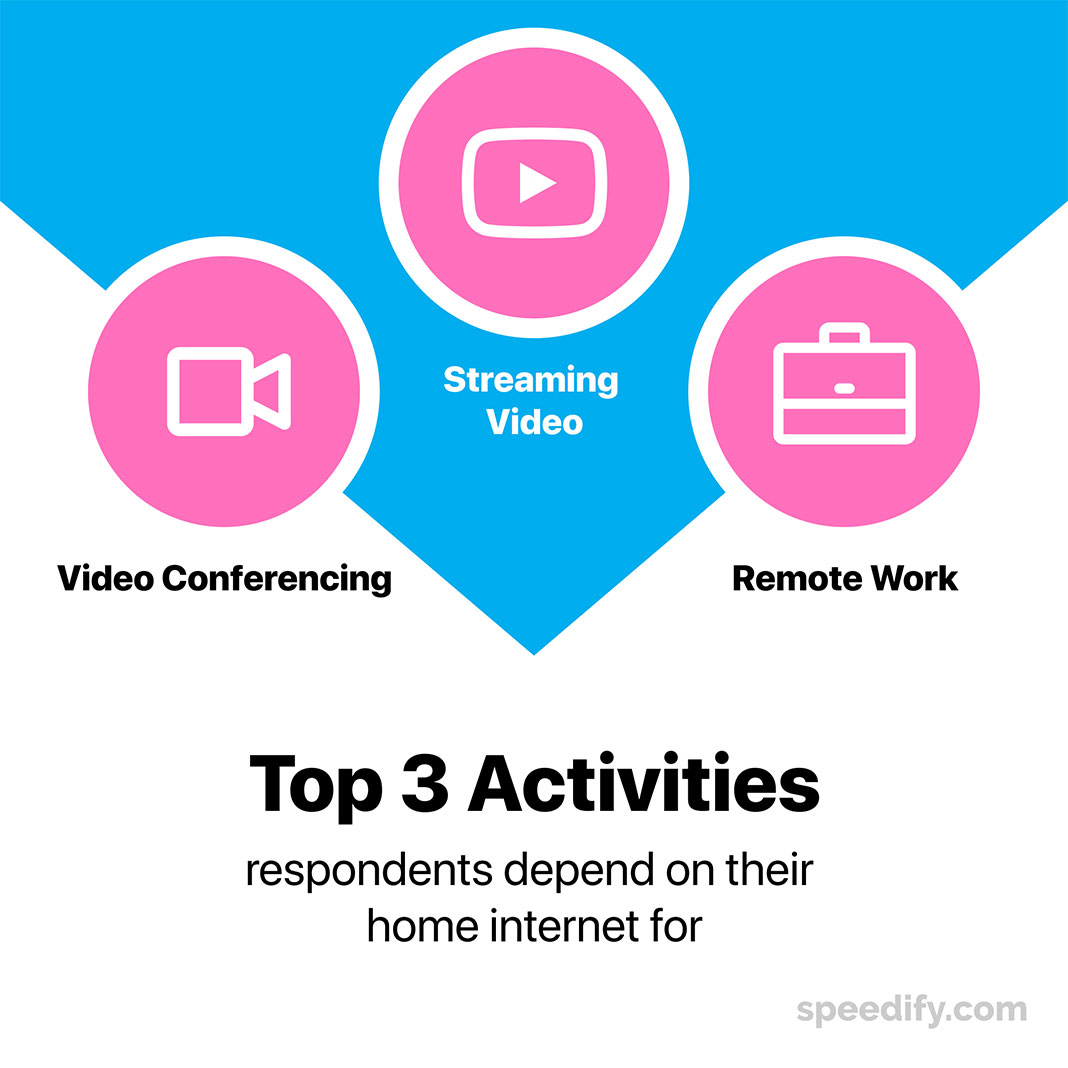 Connectify’s State of Streamergency details the imperfect internet we all face most important online activities and productivity challenges.

Connectify has unveiled the results of its State of Streamergency research, which examined more than 500 consumers’ opinions on how the internet has performed during the pandemic and the streamergencies, or streaming emergencies, that have increasingly disrupted online activities.

A growing need for reliable internet

The importance of having a reliable internet connection continues to grow, as consumers increasingly rely on it for work and other activities.

The online activities that matter most

As the internet has taken on a more central role in everything we do, consumers care most about activities that connect them to other people, and feel very frustrated when a streamergency happens during key activities.

Video conferencing and its imperfections

Video conferencing took the world by storm in 2020 as we migrated to virtual interactions due to the pandemic, but it has also introduced new challenges and frustrations.

The plight of remote workers

Almost half (48%) of employed respondents are currently working from home. Remote workers have stayed as productive as possible during the pandemic, but significant numbers have lost productivity due to unreliable internet. In fact, 68% of respondents believe their productivity has been impacted to some degree due to internet speed or stability issues.

“We’ve lived our lives online for the past year, but streamergencies and other internet issues continue to plague our interactions,” said Alex Gizis, CEO of Connectify. “Internet service providers have generally kept us online, but the last mile of an internet connection is what separates a steady and reliable connection from one that repeatedly fails, not to mention Wi-Fi and mobile dead zones people unknowingly pass through. Everyone needs the internet to work perfectly all of the time, to keep working, stay on video conferences, and interact with loved ones.”

Connectify’s channel-bonding VPN and connectivity tool Speedify is designed to stop streamergencies. It’s the only tool that combines all of your internet connections at once, to take advantage of their combined speed and reliability.

From home internet to mobile data and public Wi-Fi networks, almost everyone has more than one readily available internet connection, and Speedify removes the friction of switching between them. It empowers a seamless and secure remote work experience, enhances streaming, and adds resiliency for users who can’t afford to be offline.