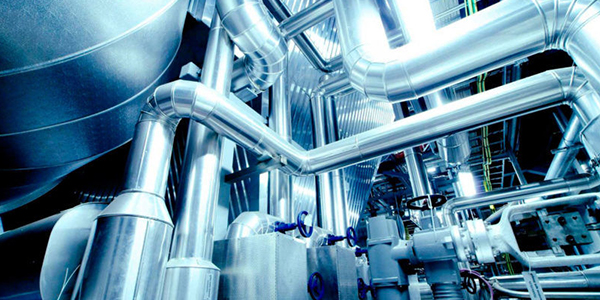 Their constant reliable operation is taken for granted by millions of consumers and thousands of food retailers. The designs are intended to focus attention on their contents and not the display case. “So subtle it almost disappears from view,” says the company. Those design philosophies continue to make Tyler Refrigeration Corporation, based in Niles, Mich., a leader in the field of designing and producing food merchandisers for supermarkets and other retail food outlets.

When Tyler Refrigeration was founded in 1927, it had two employees working in a 3,200-square-foot building. It survived and grew through the Great Depression and wars as a family owned business until the mid 1960s when the family owners sold the company to Clark Equipment. Spun off from Clark in the mid 1970s, it became one of the first LBOs purchased by a management group and investors who operated Tyler Refrigeration until 1984. Trane, a subsidiary of American Standard, acquired and operated the company until it became the property of another management group through another LBO that operated Tyler Refrigeration until 1997. After the latest acquisition by Carrier Corporation, a subsidiary of United Technologies, the staff at Tyler Refrigeration is still doing what they have always done. Combining appealing visual product design with solidly engineered products.

The company does all engineering and research & development in house. Chuck Bloome, Tyler Refrigeration’s president, notes the product line is “highly engineered” and requires “significant investments in our engineering resources each and every year.” That commitment has kept Tyler Refrigeration at the leading edge of its marketplace. Innovative concepts resulting from the engineering efforts are patented whenever possible to give the company more competitive advantages according
to Bloome.

Enviroguard and Enviroguard II are Tyler Refrigeration’s new generation of high-tech products designed to reduce the amount of refrigerant required, cut demand for electricity and improve overall system reliability. The system’s ambient temperature sensor, liquid drop leg temperature sensor and liquid pressure transducer provide inputs to an electronic IO Board with special algorithm that controls system head pressures with the condenser fans and bypass liquid refrigerant with a solenoid valve. Enviroguard II also has a vapor bleed line that reduces pressure in the receiver below room ambient as the solenoid valve bypasses refrigerant to the receiver. Tyler Refrigeration has received patent protection for the Enviroguard and has a patent pending for improvements in the Enviroguard II.

The switch from Freon to newer, more environmentally friendly refrigerants required some equipment design changes because the systems operate a little differently. But, says Bloome, it was “not a big problem” for Tyler Refrigeration’s engineers. Growing Role For VendorsVendors are playing an increasingly important role during new product engineering according to Bloome. “We have them work very closely with us on new design issues.” That policy plus some use of Just-In-Time-Delivery procedures helps speed deliveries and cut production costs. Tyler Refrigeration purchases both finished components such as motors and refrigeration compressors and materials including steel, copper, aluminum and glass from outside suppliers.

To make the transition from engineering designs to finished products, the company has regional manufacturing areas employing state-of-the-art equipment. Sheet metal for the display cases, which run up to 96 inches in length, are sheared, punched, formed, painted and assembled in-house using highly automated, highly computerized equipment. The high tech fabrication equipment is not cheap. “When you buy a new piece of this type of equipment you can be talking about $1 million,” Bloome points out. Cutting the costs associated with environmental issues and air quality controls from painting is another area of investment. All painting operations are being converted to powder coat paint systems.

Tyler Refrigeration’s main plants are in Niles, Mich., and Waxahachie, Tex. Other facilities are located in Covesville, Va.; Olive Branch, Miss.; Los Angeles, Calif., Pleasanton, CA; Phoenix, Ariz.; Minneapolis, Minn.; and Andover, Kan.Marketing is through a network of dealers, direct sales and branch locations. Tyler Refrigeration has put their products on the Internet and is working towards doing more with regards to parts. The product line is fairly complicated from an ordering standpoint, Bloome notes, adding that the Web site’s role will expand to build an accessible information base. The future role of the Internet and Web site for Tyler Refrigeration? “It’s an opportunity,” he says.

Bloome does not expect major technological advances to change the industry, which he says is based on a lot of tried and true methods. Innovations, such as Enviroguard, are geared to making the equipment more energy efficient for the customer. That ties in closely to what Bloome sees as the company’s challenge in the future as its supermarket customer base increasingly consolidates. To meet that challenge, he says, “We’ll provide even higher levels of service and quality to meet their expectations.” That attitude could ensure the company’s growth for another seventy-two years.