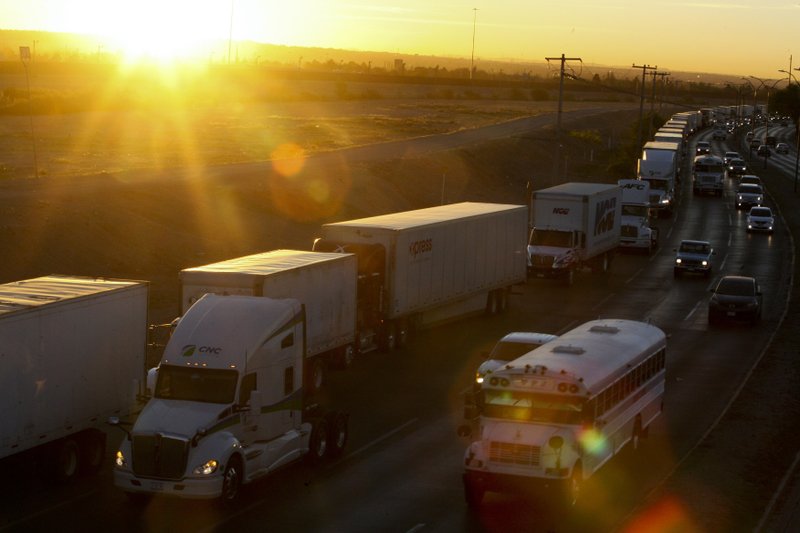 It’s no secret that Mexico plays a key role in U.S. manufacturing supply chains. A 2017 study revealed that seven in 10 source parts and products from Mexico. Mexico is the third-largest trading partner of the United States, behind Canada and China.

But the benefits U.S. manufactures enjoy from an integrated North American supply chain have suffered a blow recently, thanks to Trump administration policies that crack down on migrants crossing the border from Mexico.

In April, U.S. Customs and Border Protection reassigned over 750 officers from various ports of entry to help process people crossing the U.S.-Mexico border, increasing wait times at the border for cargo from minutes to hours in some cases. The policy amounts to a partial shutdown of the freight border between the U.S. and Mexico and it’s been going on for three weeks now. Manufacturers had better prepare for aggravating delays getting their freight to and from Mexico by truck, and explore alternatives to expedite shipments across the border when necessary.

The logistics company C.H. Robinson, which pays close attention to these kinds of things, has reported that “congestion appears to be the new normal” at the U.S.-Mexico border and that “wait times have been consistently higher than normal at all ports of entry.” The company estimates that cargo wait times along the border have at least doubled all across the border, and in some locations have spiked much more than that. To cite a couple of examples, the average wait time for crossing the El Paso Bridge into Mexico is now seven hours. The previous average: 50 minutes. In Otay Mesa, California, three of ten cargo lanes are now closed, and wait times now average five to six hours.

On a brighter note, the port of entry at Laredo, Texas—but no others—saw some of its officers return from other deployments last week, resulting in considerable improvements to wait times there. On the darker side, President Donald Trump issued one of his periodic threats to completely close the U.S.-Mexico border as recently as last Wednesday.

Despite the good news from Laredo, congestion at the U.S.-Mexico border will likely not go away anytime soon. On April 24, Customs and Border Protection proposed restrictions on border crossings at El Paso, including closing the Bridge of the Americas to cargo at 2 PM, Monday through Friday. CBP also reported that trucking capacity is getting scarcer at some border locations as products are loaded but can’t be delivered. Trucking rates are inching upwards, with lower equipment availability and higher driver wait times.

Clearly, manufacturers need to come up with strategies to cope with this crossborder mayhem. Additional planning will be needed, according to Jason Craig, C.H. Robinson’s director of government affairs, but, he warned, don’t be tempted to redirect cargo to other ports of entry. Such a move, he said, introduces additional Mexican inland risks and the next port is likely backed up.

“Rail crossing thus far has not been impacted,” he added.

That last point suggests one critical element to a new strategy: leveraging rail and air transportation services for time-critical and urgent freight shipments. “Access a broad network of transportation modes,” Craig advised, “to mitigate against the risk of closures and to make sure your freight keeps moving.”

Craig also has these other suggestions for coping with crossborder congestion.

Utilize secure warehouses and carrier yards for stuck traffic. “Make sure your transportation service provider has secure trailer yards and warehouses to temporarily store your shipment.”

Delay prior to dispatch. “Consider holding the shipment at your facility to diminish unplanned demurrages and delays in transit.”

Get your customs documents in order. “Pre-validate all customs documents prior to dispatching your shipment. Additional delays can be avoided by making sure all paperwork is correct and ready to be transmitted immediately to customs.”

Supply-chain delays are something no manufacturer wants to deal with but often have to. Some smart planning and strategizing can turn the congestion at the U.S.-Mexico border from a true crisis to a mere hassle.