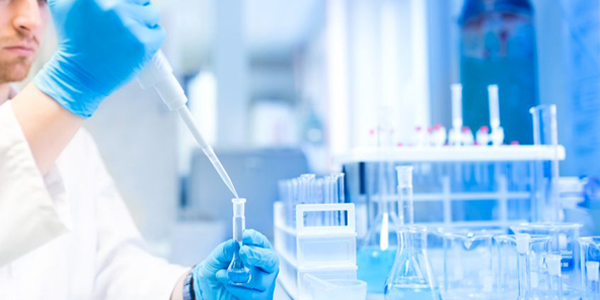 In 1999, Mexican President Zedillo awarded Probiomed with the National Technology Award, ahead of prestigious companies such as Telmex and Vitro, in recognition for its advances in biotechnology and other distinctive products.Probiomed worked many years to attain the recognition it enjoys today. A pioneer in pharmaceutical and biotechnology products, the company started in 1970 as a maquila for transformation of active ingredients sold to laboratories.

The company was founded by five partners who soon decided to start producing brand name products. “We started manufacturing sulfa, dipirone, and vitamin B12. Some of these products have been replaced with better options, and are not manufactured presently,” said Jaime Uribe de la Mora, Probiomed’s CEO. Soon, the partners split and Uribe took charge of the company.

Uribe remembers those days when pharmaceutical products were not registered in Mexico, and thousands of laboratories produced drugs without patents. In 1972, President Echeverría launched a national integration and decentralization program to support national manufacturers. The country closed its commercial frontiers and established high protectionism for its products. The government instituted price control. “These policies created great tension with the United States, but benefited Probiomed, because we complied with all the new program requirements,” said Uribe.

The integration and decentralization program encouraged companies to move outside of Mexico City into industrial parks through incentives. Probiomed moved to Tenancingo, state of Mexico, close to Mexico City. The program also required companies to produce added value products. “We became a leading producer of vitamin B12, and heparine, a drug that prevents or retards the clotting of blood,” said Uribe.

Probiomed’s heparine production competed with the United States, Italy and Argentina. The company had some advantages such as lower cost and easy access sources. “Heparine is a product derived from the pig’s intestinal mucosa, and we had considerable sources in Mexico state and Guadalajara,” said Uribe. Heparine was exported to England, Spain, Germany, France, Central and South America.

But soon in the1980s, China and India entered the market with the production of heparine and other pharmaceutical products. “In 1990, China had more pigs than the rest of the world combined. In addition, labor costs were minimal and plants were located in the countryside, eliminating transportation costs. We decided to change our strategies and initiated a program of vertical integration. We acquired small laboratories and specialized them in certain areas of drug production,” said Uribe.

In 1986, Probiomed acquired Laboratorios Chemia, a company founded in 1953 dedicated to the production of oral solids. The company reconverted the newly acquired laboratory following the Secretariat of Health requirements, and dedicated the 800 square meters to production of different drugs in tablet form.

Soon after, in 1987, Helber de Mexico was acquired, a laboratory dedicated to sterile injectable drugs, and three years later, Laboratorios Galen’s plant was reconverted to produce cephalosporin, a broad-spectrum antibiotic obtained from fungi and related to penicillin.

“We specialized this laboratory because of the high sensibility some patients could develop to this product. It was mandatory to manufacture cephalosporin aside from any other medicament,” said Uribe.

Through a smart redistribution of its products among the four plants, and now a solid provider to the Mexican government, Probiomed was ready for expansion into new horizons.

CHANGE IN POLITICS
When President Miguel de Lamadrid came into office in 1987, he signed a decree that promoted scientific and technological development. Mexican pharmaceutical companies had been sheltered because of past protectionism. The new law gave them a period of 10 years to act in accordance with the new requirements of patents, registration, certifications, and in compliance to the Secretariat of Health demands. Since the new regulations, over 2,500 existing laboratories in the republic had to comply or close their doors. The law prompted investment in research and development of new products.

“I decided to enter the field of biotechnology because the decree fostered many issues, including research, development, integration, and marketing of human health products,” said Uribe. However, it took the company 10 years to develop and launch its first protein obtained with recombinant DNA technology.

The company developed a multidisciplinary team of technicians and scientists specialized in areas such as molecular biology, genetic engineering, macromolecular chemistry, pharmacology and industrial chemistry. Biotechnology was a promissory field in the production of hormones, insulin and interferon. Probiomed developed a working partnership with the Institute of Biotechnology at the Universidad Nacional de Mexico (UNAM). The institute specializes in disciplines such as cellular engineering, development biology, structural biology, physiology, microbiology, and molecular medicine.

When President Salinas signed the NAFTA agreement, the new patent law was designed according to the United States laws. Probiomed launched its new pharmaceutical plant, totally remodeled to comply with the highest quality requirements.

GOING UPHILL
Since the 1990s, Probiomed has made incursions in several areas of biotechnology including recombinant proteins such as Gramal(tm) (Molgramostim) and Urifron(tm) (Alpha 2b IFN) launched in 1998. Gramal(tm) promotes and accelerates recovery in bone marrow in patients with secondary neutropenia due to citotoxic chemotherapy or to radiotherapy. The drug prevents and limits additional infections, and aids in bone marrow defects in hematopoiesis and infection attached to neutropenia.

Urifron(tm) has antiviral properties, anti-tumor and immune-module activity, and favorably reinforces the action of drugs used in cancer and AIDS therapies.

In 1999, Probiomed launched Bioyetin(tm), a medication aimed at promoting recovery of red blood cells in anemia in cases associated with erithropoietin (EPO) deficiency. EPO promotes proliferation and maturation of red blood cells. Bioyetin helps reduce transfusion needs in patients with secondary anemia due to chronic renal insufficiency, including dialysis, HIV positive, and patients with malignant processes such as neoplasias.
Proquiferon(tm) (Alpha 2a IFN), a therapy against hepatitis B and C, cancer and AIDS was launched in 2001. Proquiferón(tm) has antiviral properties, anti-tumor and immune-module activity that favorably reinforces the action of drugs used in cancer and AIDS therapies. It aids infections present in active chronic hepatitis B and C viruses, and acuminated condyloma. In hematopoiesis, it aids in hairy cells leukemia and multiple myeloma, and in oncology for malignant melanoma and Kaposi’s sarcoma associated with AIDS.

Probiomed’s determination to comply with Mexican regulations, the FDA, and European sanitary regulations, publication of results in industry journals, and testing of its products at the best worldwide laboratories level allowed the company to situate itself among the most reputable companies in the field.

“Soon, new government regulations speeded the shaping up process for laboratories. From the original 2,500 Mexican acting laboratories, only just about 200 continued to be active, because only those who adjusted to the new requirements were able to survive,” said Uribe.

Probiomed has eight proteins on the market, and will have launched two more by 2008. The company covers the Mexican market, and exports to countries with open policies in new biopharmaceutical products, such as Central and South America, Middle East, Africa and Asia. “In order to compete in the United States, Europe and Japan, we need an enormous amount of resources to comply with very strict requirements,” said Uribe. One of the fields Probiomed is presently researching in is the interferon-beta 1a and 1b for treatment of illnesses such as multiple sclerosis.

SCIENTIFIC PARTNERS
Probiomed works with the Institute of Biotechnology in México but also reaches outside to the United States. The CDC in Atlanta, Ga., is a leading organization in the field of vaccines, working with thousands of viruses. Probiomed partners with the CDC in the research of recombinant vaccines for the treatment of Hepatitis E, a tropical form of the disease associated with poverty and insalubrious conditions. Even if Hepatitis E is less aggressive than B or C, it leaves its mark and it is dangerous for pregnant women.

However, most success comes from within, according to Uribe. Probiomed’s staff is fully trained in the disciplines of engineering, chemistry, biotechnology, genetic engineering, pharmacy, biology and molecular biology, immunology, veterinary medicine, clinic research and management.

This concern for quality and ethical pharmacology won Probiomed the National Technology Award, presented by President Zedillo Ponce de León in 1999. The award is granted by the president, the Secretariat of Economy, the CONACYT, the FUNTEC, the ADIAT – all three are related to research and technological development. Probiomed received the award because of its technological strategy, the way the company uses and administers technological resources and the benefits to the community it serves.

“Our main strategy for the future is to reach $200 million in sales by 2010, and grow 25 percent annually by 2020. We will continue to be a family business, with the involvement of my children in key company positions,” said Uribe. Another goal is to develop in the private sector, decreasing government sales from 75 percent to 25 percent, and increasing private sector sales and exports by 2010.

According to Uribe, Probiomed is a company oriented to family values, with a vision of integrity and honesty, and a will for treating serious illnesses affecting the delicate human body. “We pledge that our products are subject to strict controls in order to achieve the maximum quality levels required for such treatments, and to work toward product maximum potency, safety, and purity,” he concluded.