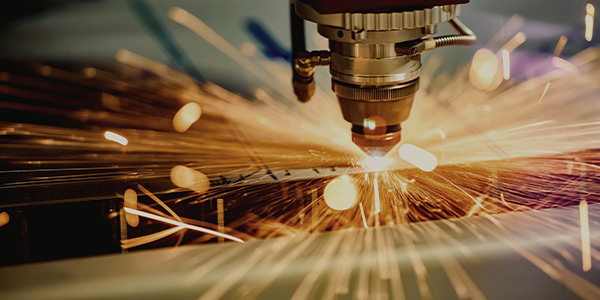 Exciting times are at hand at Compan¡a Industrial Parras S.A. de C.V. (PARRAS) with the recent incorporation of a new private investor, Grupo GFM, which just became the majority stockholder.

The group, tied to the history of Mexico and the state of Coahuila since 1857, is presently undergoing a restructuring process with a mix of a new and old management styles taking over the group. Originally a family-owned business under the administration of the Garcia Muriel family, the group went public in 1981.

“We are looking to expand to new markets in the United States, Central America, Europe and Asia, and become a global leader producing from the regions where our clients are located. We plan to open facilities in the Asian, CAFTA and European markets in addition to our facilities under NAFTA,” said Luis Manuel Gerard, CEO.

With this new investment, the group just went from $160 million in debt to only $30 million, and is planning new strategies to achieve its global goals. “The textile industry is undergoing great changes at an international level and PARRAS is adjusting to these new ways by taking a stake into the future,” Gerard said.

FROM EUROPE AND BACK
Although jeans have become a symbol of American culture, historians assert that the original denim fabric came from France and was worn by sailors aboard Italian ships, although made of different materials. Once in the new world, the fabric extended its use to the Southern plantations and was made of pure cotton. With the expansion of the frontiers to the “wild west,” cowboys also adopted the material for their pants and the first brand name, Levi’s, appeared on the market.

During World War II, American soldiers brought these pants back to Europe, where they became popular as well. In the 1950s, Hollywood made them fashionable and started a new era in which jeans became part of the American lifestyle.

In Mexico, the origin of “mezclilla” is similar to the United States. Originally worn by farmers and workers, the introduction of the popular jean in the American market raised the fashion to another level.

HISTORY OF PARRAS
The beginnings of PARRAS are inseparably linked to the history of what is now the state of Coahuila. The small business, producing woolen textiles, dates to 1857 under the Aguirre family. Due to a change in the legislation that granted a 10-year concession to machine manufacture, the Aguirre family installed 100 hydraulically run Danford looms.

In 1870, Evaristo Madero and Lorenzo Gonzalez Trevino, owners of Madero y Compan¡a, acquired the factory and named it Fabrica La Estrella, focusing on remodeling and upgrading the building and equipment. However, in 1899, they decided to separate La Estrella from the rest of their industrial group, anticipating its potential. That same year, PARRAS was legally founded as a corporation.

Growing its capabilities, La Estrella reached 890 looms in 1925, and two years later it established a sales department and continued to set up distributors around major cities in the republic. The group was ranked among the 10 largest in the Mexican textile industry.

A joint venture with Williamson Dickies Manufacturing Company was established in 1973, becoming the garment maquiladora Parras-Williamson S.A., located in Parras, state of Coahuila. After the signing of NAFTA, the group approached a foreign strategic partner and found it in Cone Mills Corp., one of the largest denim producers in the world. Cone invested $22 million, becoming a PARRAS stakeholder with 20 percent participation, and established an equally owned joint venture with PARRAS to build and operate a state-of-the-art facility, Parras-Cone de Mexico.

In 1994, PARRAS built a new washing and ironing facility to serve the garment factories, Lavapar S.A. de C.V. and acquired Hilaturas Parras S.A. de C.V. in the city of Puebla.

Hilaturas Parras and La Estrella underwent renovation and expansion of their plants, and a third facility was purchased in 1999 located in Torre¢n, called Parras de la Laguna S.A. de C.V. PARRAS placed itself among the major denim producers in the world with annual installed capacity of over 80 million linear meters, recognized for its commitment to quality, and the diversity of products, directly or indirectly exporting 70 to 80 percent of its production annually.

THE NEW CENTURY
“From 2000 to 2006, the global market saw an invasion of Asian products. Our production plummeted almost 40 percent. We had to contract our expenses and costs in nine months, making personnel and operational adjustments. This was the deepest crisis we confronted,” Gerard explained. However, PARRAS revived due to several competitive advantages such as geographical proximity, product quality and its experience of over 100 years.

According to Gerard, the international trends will change in two ways. For one, jeans will abandon the elaborate finishes with aggressive treatments and intensive hand labor to darker colors and more basic looks. The difference will be in the weaving of the fabric and the fiber mix that will make the fabric look vintage, softer or “stretchier.”

“In addition, China will continue to produce until its people have enough acquisitive power to become its own consumer, and then balance will be restored in some way. There is excess in the international markets and an excess of global installed capacity as well, which triggered the closing of American manufacturers. However, this is an advantage for Mexico because of the competitive prices we can handle,” Gerard asserted.

DENIM IS BLUE
PARRAS manufactures different types of fabric, which are then delivered to garment manufacturers. Traditional denim is blue, which originally was obtained from the Indigofera Tinctoria plant, but presently is produced synthetically. The different shades are the result of the amount of indigo used and the number of times the yarn is dipped in it. Because the dye fades when washed, it is submitted to several washing and finishing processes to obtain different looks with the same fabric. Sulfur is also added to turn denim into grayer tones.

The original denim was woven with ring-spun yarn. This type of fabric has uneven threads, originally believed to be flaws, which create a more natural, linen-like texture. Since the texture of ring-spun fabric is softer than open-end, it is ideal for those seeking the “vintage” or classic look.

Streaky fabrics with a vertical slub effect are characterized by thick and thin yarns that create an effect of vertical textured lines. Besides the soft texture, they also come in a variety ranging from thick to thin fabrics, with pronounced and noticeable textures.

In the case of soft texture, the warp or vertical yarn creates the appearance of intermittent lines, and the fabric looks reminiscent of old-fashioned spinning and weaving techniques, with a light texture.

“We hire marketing companies to research different trends in the industry, and we offer these results to our clients, brand names or garment maquiladoras. Our team of designers is constantly developing new concepts, using modern equipment to layout from yarn’s new weights and textures to innovative colors and the latest woven patterns,” Gerard said. Presently, PARRAS is working on the Spring 2008 collection for companies such as Levi’s, Gap, Wrangler, Lee, Polo, Tommy Hilfiger, Calvin Klein, Furor and Britos.

QUALITY FOR THE FUTURE
The group’s high quality standards are backed by its daily concern about improvement of products and processes. PARRAS obtained its ISO: 9001 certification in 1994 and recently renewed and expanded with ISO: 9001 standards.

PARRAS’ laboratories are equipped with state-of-the-art technology that allow physical, chemical and color testing in all raw materials, products in process and finished products. The pieces of fabric are classified according to the international PPHSY system, and under the L.A.B. color measuring system to guarantee consistency after washing. Physical tests are handled according to international ASTM and AATCC norms.

“Additionally to an outstanding quality, turnaround for our orders is between five to six weeks from design of the fabric until it becomes a garment. We also offer our clients advisory support on cutting, stitching and cleaning so that the quality of our fabrics doesn’t get lost in the process,” Gerard said, “We team up with maquiladoras to design unique textures, colors and weights, and we link them with the most prestigious brand names in Mexico and the United States so they can offer a high quality garment at a very competitive price.”

On the other end of the equation, PARRAS maintains a strict purchasing policy with its vendors, which are world-class companies. The group is open to negotiate with suppliers that can provide first rate materials and parts, and evaluates its vendors based on quality and services rendered. “We depend 100 percent on our suppliers to do the best job, with high quality products, reasonable prices and responding to demand fluctuations so we can continue to offer the product quality that has been traditional for almost 150 years,” said Gerard. “To carry out optimal purchasing, PARRAS seeks input products with international competitiveness in quality, cost, delivery, service and environmental protection, not only at each of our factory locations, but worldwide.”

THE FUTURE IS NOW
Strategic plans for the new group outlook appear exciting, according to Gerard. The group is exploring new alternatives to achieve its goals of international expansion, in line with market trends and is exploring three alternatives in Asia, Central America and Europe. In some cases, the option will be to buy or merge with existing manufacturing plants that carry the same product quality. In others, it will be to establish alliances with local manufacturers while in “green fields,” the group will build and launch new facilities.

“We believe the tendencies of the Asian markets will continue for another five to 10 years, but at that time, we will be positioned in new regions to satisfactorily continue to respond to our clients globally,” he concluded.