Manufacturers cannot turn back now. The promise, potential, and pressure of digital transformation are here, and they’re here to stay. In fact, 95 percent of senior manufacturing decision-makers say transformation is essential to their company’s future success, according to the 2021 State of Manufacturing Report from Fictiv.

However, there is a disconnect. Despite near-universal agreement about the importance of digital transformation, countless companies still face problems stemming from legacy technology systems, or worse, flawed implementations. The numbers can be staggering (Fictiv):

If so many businesses and their leaders agree they need to make a change, then why are so few executing effectively? Especially in an industry like manufacturing, where digital have-nots who’ve failed to transform might face dramatic consequences for failing to optimize operations and innovate their business approach?

The answer often lies in three simple customer misconceptions: 1) Digital transformation is prohibitively expensive; 2) It takes an incredibly long time; 3) It also means losing all the technological customization and personalization a company has developed over time in order to pursue an out-of-the-box industry-standard. It may also mean rebuilding those custom processes from zero, along the way losing the tribal knowledge and business logic built into those applications over the years. These customizations are the very things that make a company unique and provides a competitive edge over competitors, so naturally there is fear of losing this advantage.

However, none of these things have to be true. The emergence of low-code, rapid application development solutions equips enterprises to build on their existing technology core with modern, cloud-native edge solutions. And to do so more economically, expeditiously, and creatively than ever. As these businesses build their unique custom processes outside of their core technology package, they simplify and reduce the risk associated with any future digital transformation.

Allow me to share two stories of successful modernization on the part of Pillir’s customers.

Not long ago, we began working with one of the largest manufacturers of carbon fibers and plastics in the world. The private equity-owned business — operating more than 275 facilities in 29 countries — produced billions of pounds of finished goods every year, from potato chip bags to NASA satellites.

Productivity and safety were top KPIs for this company, which was still dependent on a manual data entry process for various operational and inventory-related tasks. The manual system required personnel to travel across the manufacturing floor despite the use of heavy equipment such as forklifts all around, exposing them to potential physical risks. Automated data entry would also give the company greater real-time visibility into their operations and reduce human errors. However, the company operated on the SAP ECC enterprise resource planning (ERP) platform. Budget considerations and a bare-bones development team meant they had no plans to upgrade to the more modernized SAP S/4HANA solution within the next few years, but they knew they needed to modernize this aspect of their business.

We worked with the client to build a suite of applications without impacting their SAP Core ERP that automated their data entry, allowing them to more efficiently track and transport materials from their main manufacturing location to other plants and on the warehouse floor. Operators on the manufacturing floor can now scan bar codes right from devices installed on their forklifts, reducing foot traffic on the busy warehouse floor. Instead of an 18-month-long project using dozens of resources, two developers built these apps in just 12 weeks without adding any customizations in their core SAP system. The company saw:

This manufacturer managed to completely transform its warehousing processes in just one quarter—without having to upgrade its core systems or spend millions of dollars along the way.

A 150-year-old manufacturer was recently preparing a move to SAP S/4HANA to help modernize its operations. They planned to migrate their financial, logistical, and operational systems and had dozens of systems of record to reckon with in the process —a side effect of their aggressive M&A growth strategy. They were also contending with cumbersome paper-driven workflows, and a lack of real-time visibility across the business. Their manufacturing, material purchasing, and shipping operations were located in disparate, remote locations with less-than-robust connectivity.

The company had also developed many non-core, Advanced Business Application Programming (ABAP) custom business processes that were crucial to their business. It would have been a risky proposition and expensive affair to recreate all of them in S/4HANA. The concept of building new apps from scratch once migrating to SAP S/4HANA is rather daunting, since it adds complex “technical debt” and maintenance efforts to their new SAP ERP solution. The company wanted to avoid adapting their business processes to accommodate the SAP solution and instead were looking to meet business demands by creating applications that were suited to their own unique needs.

The company first analyzed their custom business objects using Pillir’s ABAP analysis dashboard, which gave them an indication of the level of technical debt and its associated costs. Next, they utilized low-code, rapid application development to build mobile applications that would function across all devices and operating systems, even under less-than-desired connectivity conditions. Through the platform’s automated ABAP modernizer, the solution analyzed and mined the existing business logic inherent in those business processes, so that knowledge could be preserved in the modernized version of the application.

The platform converted 55 percent of their ABAP customizations into low-code objects, which could be further enhanced by their developers to meet their business requirements. The company essentially incorporated the complex integration logic of a customized physical inventory process with tens of thousands of custom objects (honed across multiple versions of SAP ERP), a legacy user experience, and a cumbersome set of manual paperwork processes into a suite of modern mobile applications.

After the modernization project, the company has been able to enhance the apps as needed, adding offline capabilities and running native code for different devices. Now, they are able to drive more top- and bottom-line production than ever — and they no longer have to worry about custom objects. They’ve accelerated their SAP S/4HANA project, reducing transformation costs by more than 30 percent and accelerating their SAP modernization journey.

These apps were generated in a couple of weeks and operate at a low, usage-based cost, across any device in any connectivity landscape.

If your company has been looking to tackle digital transformation but can’t accommodate a full-scale upgrade or just need to create new business processes in a complex ERP environment, then a rapid application development solution may be the right option for you. While the specter of a massive ERP implementation can be intimidating, technological innovation in the low-code/no-code development space is making innovation and growth more attainable than ever. Companies can now quickly build modern cloud applications that suit their needs, with far less integration, and with reduced human intervention. 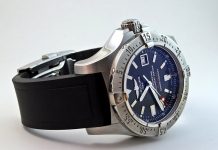