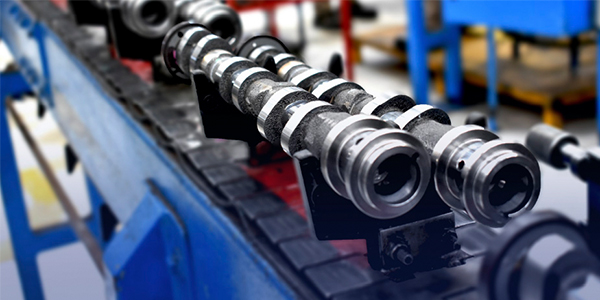 There was a time when the slogan “Made in the USA” denoted a high level of quality that the consumer could buy in confidence. Today’s global economy and the adoption of worldwide manufacturing standards renders the country of origin largely irrelevant, however, at least in terms of consumer confidence and product reliability. However, in some cases local pride of ownership and the benefits to the indigenous economy are rightly touted. Such is the case with Arbomex, which proudly proclaims itself as 100 percent Mexican-owned and operated, headquartered in Celaya, Guanajuato, 240 kilometers outside of Mexico City.

“The vision was for Arbomex to become a world class company by 2005 in providing cost-effective and value-added products backed by quality, service and price,” notes Mario Rodriguez, managing director. “I think our track record indicates that we’ve achieved this goal, in large part because of our employees’ commitment to teamwork, efficiency and reliability.”

An additional key ingredient is, adds Jose A. Laborde, sales manager, “In working with our customers we always put the truth up front. We know what we can do and our customers know we will follow through on whatever promises we make. Because we don’t make promises we can’t keep.”

Arbomex made its reputation as an aftermarket and OEM supplier of engine camshafts. In 1979, it began making V8 camshafts for Ford and what was then Chrysler. In the late 1990s, Arbomex began to collaborate with DaimlerChrysler to develop camshaft solutions for new, more efficient engine designs. Rodriguez emphasizes the company’s solutions-orientation. “We’re looking at the total picture in terms of design, engineering and applications,” he says. “We’re not just a parts supplier. Our dedication to providing customers with comprehensive solutions is a significant value-add that underpins the success we’ve had.”

Indeed, in 2001 Arbomex was responsible for 50 percent of worldwide production of the 2.4-liter engine used in DaimlerChrysler’s PT Cruiser, Cirrus, Voyager and Stratus. It was so successful that in 2003 DaimlerChrysler awarded Arbomex the entire worldwide camshaft production for this engine.

Another significant development is the rebirth of the V8 Hemi engine for DaimlerChrysler, both as a brand and as a technology. According to allpar.com, “The new Hemi is immensely popular. In 2005, Chrysler announced that the total Hemi engine take-rate is approximately 45 percent on vehicles offering the engine. In some cases, it appears to be the main reason why people buy the car or truck around it.” While the Hemi debuted in the late 1940s and was a popular choice during the days of “muscle-cars” and cheap gasoline that lasted until the 1970s, rising oil prices seemed to doom the Hemi to an extinction equal to that of the dinosaur remains that fueled it.

Today’s Hemi, however, utilizes sophisticated computer technology to achieve greater fuel efficiency by seamlessly alternating between high-fuel efficiency four-cylinder and more fuel-consuming eight-cylinder operation depending upon changing power demands. “In short, owners…receive the powerful benefit of the Hemi engine with the fuel economy that they would only expect from a smaller, less powerful engine. Test drivers say they cannot tell the difference,” allpar.com reports.

In March 2004, DaimlerChrysler awarded Arbomex the contract to supply the 5.7 liter camshaft for the Hemi engine option used in the Grand Cherokee, 300C, Magnum, Charger, Durango, Ram Trucks 1500, 2500 and 3500. “We make camshafts for a range of 540,000 Hemi engines a year,” says Rodriguez. “In addition, we recently invested $8 million in a new state-of-the-art lean manufacturing cell to supply the Hemi camshaft to the DaimlerChrysler Saltillo Engine Plant here in Mexico for the 2006 model year.”

Additional Arbomex technical achievements regarding camshaft design and manufacture include the development of the hollow camshaft, integrated precision casting with no bake molding and Lost Foam, one of the most clean and environmentally safe molding processes.

While Arbomex supplies 80 percent of the camshafts aftermarket, and predicts a whopping 268 percent growth rate in 2006 based on actual contract projections, Rodriguez concedes, however, the danger of too many camshafts in one basket. “While it is true that GM and Ford are having business difficulties at the moment, they represent a small portion of our business. However, while major customer DaimlerChrysler is doing comparatively well, we see the need to be independent of the fortunes of the automotive industry,” says Rodriguez. “Also, there is also an emerging technology of electronic valve systems controls that may eventually replace the camshaft. While I don’t see the market for camshafts disappearing any time soon, we need to prepare for the future eventuality of a shrinking market.”

Consequently, Arbomex diversified to supply the refrigeration industry with crankshafts for reciprocator compressors and currently have contracts with major global companies Copeland and Trane. Emigdio Gonzalez, finance director, notes that, “We recently invested $1.5 million towards crankshaft manufacturing capability and this year will supply about two million parts.”

Rodriguez adds, “In addition, Arbomex was recently approached by American Axle & Manufacturing to look at their needs for fast track axles, which resulted in a contract to supply the axle sleeve for front axles” on DaimlerChrysler vehicles, Independently, Arbomex also supplies major trucking companies such as Volvo and Freightliner. Our long-term target is to evenly divide our business among the camshaft, industrial, and aftermarket high pressure valve segments.” Erick Rivas, industrial sales manager, notes that, “we expect the latter market in particular to be huge for us in the next few years”.

Rodriguez points out that for the axle sleeve, “We went from prototype to on-hand product in 12 weeks. There aren’t many companies that could match that kind of turnaround. Today, the speed in which engine design changes are made requires us to develop fast mode responses not only for prototypes for testing, but to transition quickly into full production. That’s a customer need that has to be satisfied.”

One key to accomplishing that is through lean manufacturing cells to achieve maximum just-in-time deliveries to customers on a daily basis. According to Rodriguez, “The supply of the just-in-time basis was flawless for three years on a row for the DaimlerChrysler Engine Plant.”

Arbomex operates a 431,000-square-foot facility in Celaya with potential to expand another 121,000 square feet, as well as a 48,500-square-foot foundry producing 27,000 tons per year. The integration with the foundry enables faster development time with more control over casting costs. Manufacturing cells supply volumes as low as 5,000 pieces a month up to 59,400 pieces a month. The company has achieved the highly enviable rate of seven parts per million on customer claims, while employee turnover clocks in at 0.5 percent with 0.1 percent annual absenteeism.
The impressive employee statistics support Rodriguez’s contention that “it all comes down to the quality and commitment of our people. Our business culture is based on teamwork in valuing the customers as well as our people. We provide personal recognition, formal education as well as constant on-the-job training to ensure success.”

Laborde says the corporate creed of everyday commitment is summarized in a popular t-shirt worn by employees embroidered with the creed: “Honesty, Accountability, Respect, Understanding and Self-Esteem.”
And this is why is it easy to understand the confidence customers feel in knowing the products they purchase are “Made in Mexico.”