Foreign exchange (FX) is a recurring problem that affects corporates, while in one moment the market is quiet and nonvolatile, in the next moment volatility picks up and negatively impacts the earnings of unsuspecting and under-hedged corporations.

A prime example of the effects of currency volatility, for the first time since 2015 European multinationals reported negative currency impacts north of $4 billion to corporate earnings in Q3 2017, while North American companies reported the lowest negative impact in more than five years.

A Lag in Protecting Against Volatility

In Q3 2017, North American companies reported a collective $1.01 billion in losses. What the market has seen not just during Q3, but throughout the previous year, is that North American corporations have been driven to increase their hedge ratios both on their balance sheet and cash flows.

Conversely, the increase in reported losses for European corporations shows that they appear to be lagging behind their North American counterparts – with the exception of highly sophisticated companies – and have been under-hedged as a response to a previous period of low volatility.

Historically, many corporations have succumbed to a false sense of security that currency volatility is over or at a standstill after “calm” quarters and decreased their hedge ratios as a result. In doing so, those corporations left themselves susceptible to large negative impacts when currencies inevitably shifted.

Although the answer to avoiding large negative FX impacts to earnings seems as simple as increasing hedge ratios, in some cases companies are unable to do so because they lack confidence in their exposure data and fear being over-hedged. As such, they will hedge less in order to avoid it.

However, as North American and sophisticated European corporations have proved, it is possible to have a clear understanding and confidence in data that enables increased hedge ratios. And as large impacts – like that in Q3 2017 – continue to impact European corporations, they are following their North American counterparts and are looking to leverage technology and automation to provide them the data they need to not only hedge against what they deem their largest exposures, but also to protect their entire portfolio of currencies.

A Lack of Reporting

In addition to being under-hedged, there is a continuing trend of many corporations not clearly reporting their losses due to FX. While there has been a rise in the number of North American and European companies reporting their impacts from foreign exchange, quite a few still do not report.

Although it is the largest reported negative currency impact in years, only 26 European multinationals quantified their losses – meaning more than 90 percent of companies did not report the amount of impact they sustained in Q3. However, similar to how U.S. corporations saw an increase in reporting after the financial crisis in 2008, European corporations at an increasing velocity are starting to implement new technology, enabling them to be more aware of the impacts to their earnings after Q3 2017 proved to be one of the most volatile quarters in five years.

At any given point in the quarter, different currencies will fluctuate in value – some weakening and some strengthening, but all impacting corporations differently depending on their exposures. And generally, the currencies companies believe will not hurt them and that they don’t hedge against can hurt them the most. While they may not have as much exposure to a specific currency, a currency with a smaller exposure may be more volatile and its movements can have larger negative impacts.

In response to volatile currency movements, companies looking to enhance their FX risk management programs and better protect themselves are moving away from only placing hedges against individual currency pairs, but rather are taking a portfolio view of their entire set of currency exposures. 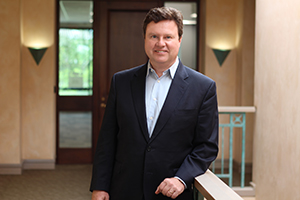 About the Author
Wolfgang Koester is the CEO and co-founder of FiREapps. He has more than 30 years of extensive experience in currency markets and working with numerous global Fortune 1000 companies and government entities. He is a frequent speaker at industry and academic events, and his work has appeared in The Economist, The Wall Street Journal, Financial Times, Treasury & Risk and AFP Exchange, among other industry publications. He is a regular commentator on CNN, CNBC, Fox Business, and Bloomberg.