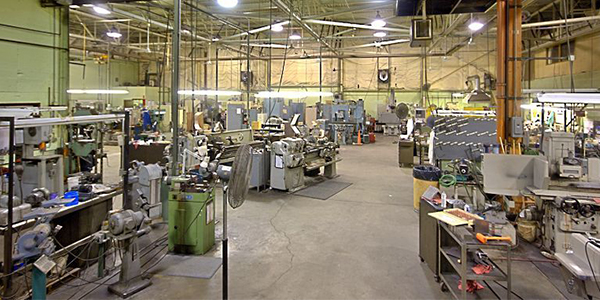 Iten Industries is everywhere, literally. Turn on a light, put a battery into your son’s Game Boy, start a load of wash or turn on the TV — and you’ve come into contact, directly or indirectly, with an Iten product. For some of us, Iten is present even when we go to sleep at night.

Based in Ashtabula, Ohio, Iten produces custom plastic components. Its products include thermoplastic and thermoset stamped, molded and machined parts, using a broad variety of polymers such as epoxies, phenolics, melamine, silicone and polyester. “We manufacture and fabricate about 70 percent of the materials we make into parts, using customized fabrications and formulations,” says James Fusco, vice president of sales and marketing. Its four plants in Ashtabula are testimony of Iten’s versatility; they manufacture, fabricate, pultrude and do injection molding. Fusco says, “We average more than 1 million parts per hour.”

Iten’s end-use markets attest to its pervasiveness. The company produces end-cap insulators for fluorescent lights and top and bottom insulators for Energizer’s 9-volt batteries. Other insulating products Iten makes are used in the motors of appliances, pumps, vacuum cleaners, auto windshield wipers, anti-lock brake systems and Briggs & Stratton starters. Epoxy terminals made by Iten can be found in RCA television sets. Another epoxy component holds the spring that pops up the toast in Hamilton Beach/Proctor Silex toasters. Thus, Fusco is not exaggerating when he says, “An Iten item may be in every home in America. Since we also produce insulators for every fluorescent light manufacturer, we’re in most offices and many manufacturing plants as well.”

Master of Materials
Production volume and product reach is only part of the Iten story, however. Founded by Charles Iten in 1922, the company has accumulated a vast storehouse of experience in materials and processes. Iten remains a family-run company; Charles Iten eventually sold the business to John Huggins, whose son, Peter, is now president and chief executive officer. For nearly 80 years, Iten has been stamping precision thermoplastic, thermoset and vulcanized-fiber plastic parts.

Iten has formulated glass polyester sheets for more than 30 years, and markets them and its pultruded profiles under the Politen® name. The company also designs, builds and maintains pultrusion dies. Its experience in machining parts stretches back 45 years; the company has worked with its own high-pressure laminates, vulcanized fiber, glass polyester sheets, pultrusions and other thermoplastic and thermoset materials.

Iten’s experience in making sheet laminates totals more than 50 years. The company now offers this line under the Resiten® brand, which includes laminates made of phenolics, epoxy, melamine and silicone.

“Our materials and process expertise and our design services set us apart from the competition,” says Fusco. “We engineer products for specific uses that the customer needs with customized fabrications and formulations. We work with the customer on these products every step of the way, and it may take as long as two years for a customer’s finished product to get to market.”

Iten’s vertically integrated manufacturing is registered to ISO 9001 standards. The company also holds myriad supplier certificates and is recognized by Underwriters Laboratories for its fabrication and molding of thermoplastic and thermoset products. Beyond the quality certification, Iten has also been cited for its environmental awareness. The U.S. Environmental Protection Agency has bestowed the Hammer Award on Iten for its voluntary participation in the agency’s 33/50 emissions-reduction program. Also, the Ohio Chamber of Commerce gave Iten the Green Buckeye Award for its compliance with underground storage tank regulations.

Springing to Innovation
Iten’s expertise and willingness to meet customers’ needs has resulted in major groundbreaking product introductions. The company was asked by Sealy, one of the nation’s leadingand most widely recognized mattress manufacturers, to help in the development of a composite spring to replace the metal springs in Sealy’s boxsprings. Iten created a spring from a thermoset compound, which it insert-molded into an engineered thermoplastic design. Fusco recalls, “When Sealy first approached us, they wanted a spring that would outperform the 80,000 compressions of a traditional metal coil spring by a minimum of 170,000 compressions. Our springs have tested to more than a million cycles.”

Sealy first introduced the spring two years ago, when it launched the new Crown Jewel line. Over this past year, the company included the spring with its high-profile Posturepedic mattress line. “Fifteen million composite springs were delivered this year for Sealy’s boxsprings,” Fusco states.

Iten is in the process of introducing another new product, one that is breaking new ground in a different fashion. The company is producing an arc stack chute, which is essentially an explosion-proof box used in power distribution equipment manufactured by Russelectric. The Iten version of this product is made with injection-molded thermoset materials, as opposed to the ceramic versions that have prevailed on the market until now. The ceramic arc stack chute assemblies are manufactured primarily in Mexico. “We already have an order for production parts,” Fusco says. “In a way, we’re actually bringing the manufacture of a product made abroad back to the United States.

The World Stage
Ironically, the international market offers some of the best growth prospects for Iten. In recent years, many of Iten’s customers — Toastmaster and RCA are well-known examples — have been acquired by foreign companies. Frequently, the new parent moves the production of the newly acquired American company to Asia or Mexico. The competition is now global for what used to be exclusively a domestic market. But Iten’s technical strengths and manufacturing skills outweigh the low-wage advantages of some of its global competitors.

“Our market is becoming increasingly more international in many respects,” Fusco says. “For example, we are currently working with a Canadian contract manufacturer that purchased a division of Honeywell that made and loaded circuit boards in Mexico. They recently received a contract from a Singapore company to make telephones for Central and South America. NAFTA and our ability to ship millions of parts when needed has positioned Iten to injection-mold parts originally earmarked for production in Malaysia and Korea.”

Cellular telephones like the ones produced by this company are a prime future growth opportunity for Iten. As Fusco notes, cellular eliminates the need to run expensive and maintenance-prone telephone lines, which is a particular advantage in establishing telephone service in remote areas of the globe.

“I emphasize in presentations that Iten is in every home in America,” Fusco says. The day may not be far off when he will be able to make the same claim about every home in the world.